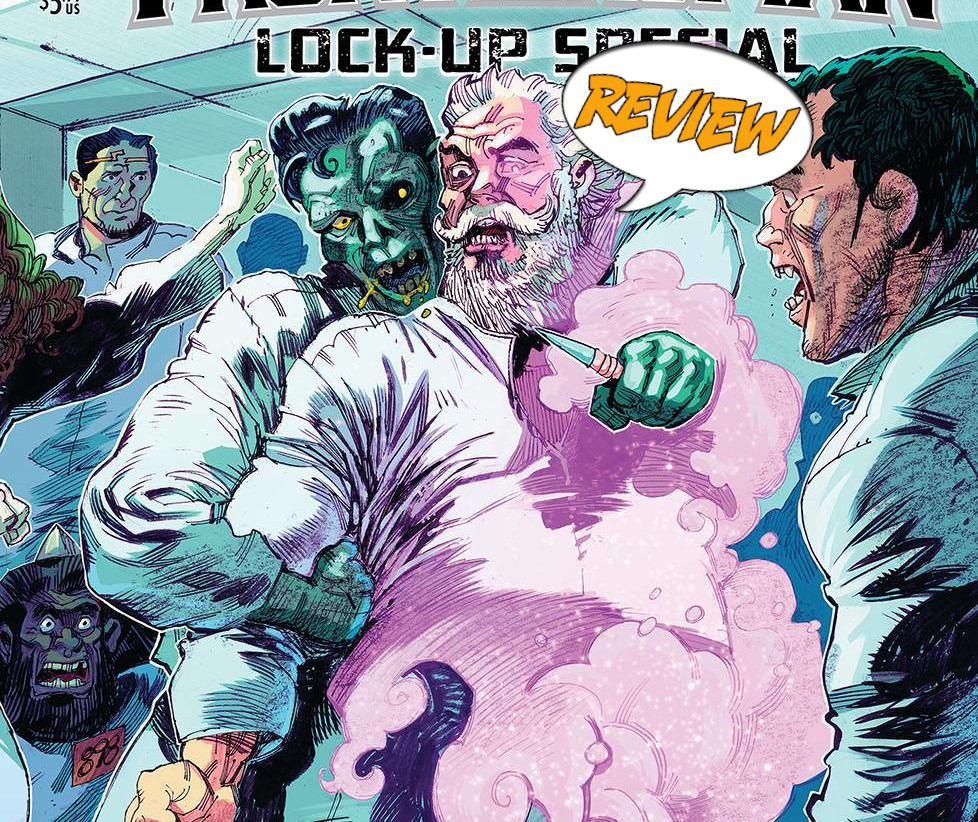 Frontiersman is in jail awaiting trial after killing someone in self-defense. However, both heroes and villains have other plans for him. Find out more in Frontiersman Lock-Up Special by Image Comics!

Previously in Frontiersman: Check out this one-shot that follows Frontiersman Volume 1! Ethan, the retired hero Frontiersman, was convinced to help protest the destruction of a tree. His return brought the attention of old allies and enemies alike. One such man was Trefoil, a former teammate hired to kill Frontiersman. However, Frontiersman was able to defend himself and killed Trefoil on TV. Now he awaits trial for murder.

Frontiersman Lock-Up Special starts with Ethan being denied bail and sent to jail. He makes quick friends with the Warden and even begins to chat up the other inmates. Unfortunately, ghost and antihero Free Will arrive to break Frontiersman out of jail. Free Will has the power to make people incorporeal and uses his power on Frontiersman. Now a semi-ghost creature, Frontiersman punches Free Will since he doesn’t want to leave. This knocks out Free Will and causes all the guards and prisoners to also become incorporeal. Frontiersman runs out of the prison to stop people from escaping while the guards try to wake up Free Will by using smelling salts. Frontiersman chases a criminal out into a busy highway, but they pass through the cars without harm since they are ghosts. Until Free Will wakes up, the other criminal is brutally run over.

Frontiersman Lock-Up Special is a double-sized issue, and I skipped a plotline between Frontiersman and his lawyers in my summary. But let me tell you, many exciting things are going on in this comic. And I applaud the way the writers portray complicated ideas with simplicity for the reader’s understanding. Free Will is a complex character with a detailed power, but they explain the rules of his abilities in a way that doesn’t leave the reader isn’t confused. Great work here by the creative team because this technique is not easy.

This comic sets up the next arc for Frontiersman and portrays some of the consequences that will show up. Frontiersman will get more bad press with the dead criminal on the highway. And on top of that, it may be interpreted that he tried to escape from jail. These threads make me want to read more. With that and excellent art and coloring, this is a must-read book.

I love the modern adult superhero. Frontiersman Lock-Up Special shows what good storytelling can do and builds upon the sensibilities of decades of comics. This issue is a solid 4.5 out of 5 for me. I only wish that the next issue would come sooner.

Frontiersman Lock-Up Special shows us the storytelling potential of the modern adult superhero.