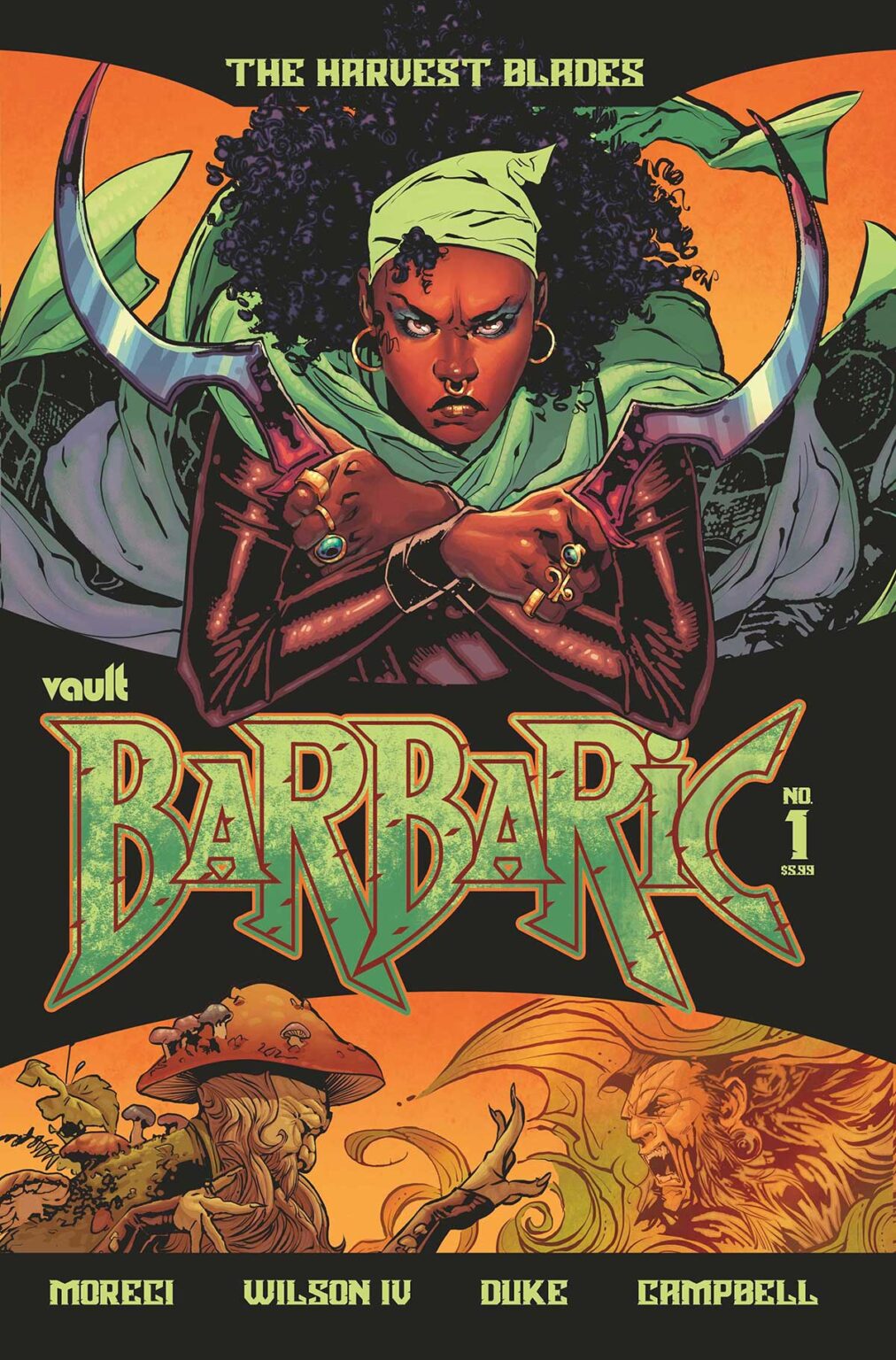 Vault Comics announced that artist Robert Wilson IV will provide the art for the upcoming Barbaric: The Harvest Blades one-shot.

“I loved the first Barbaric series, so it was a real treat getting to work with Michael, Nate, Addison, and the rest of the team at Vault,” said Wilson IV in a press release from Vault Comics. “Barbaric: The Harvest Blades is my first foray into fantasy and Michael’s script let me go wild. I’ve never drawn (or maybe even read?) a comic so packed with blood and guts and monsters and humor and heart, it was an absolute blast!”

Like a punch in the privates, BARBARIC is back! Bloodier and more irreverent than ever. In this one-shot, Owen, the barbarian cursed to do good, is forced out of hiding and back to his old B.S.! A whole bunch of violence, ethically approved, of course, by his moral compass, the talking Axe! Find out for yourself why Entertainment Weekly, Thrillist, Screen Rant, and a whole bunch of other people called BARBARIC one of the best comics of 2021.

Barbaric: The Harvest Blades is written by Michael Moreci, drawn by Robert Wilson IV, colored by Addison Duke, lettered by Jim Campbell, and designed by Tim Daniel. The one-shot arrives on June 29, 2022.