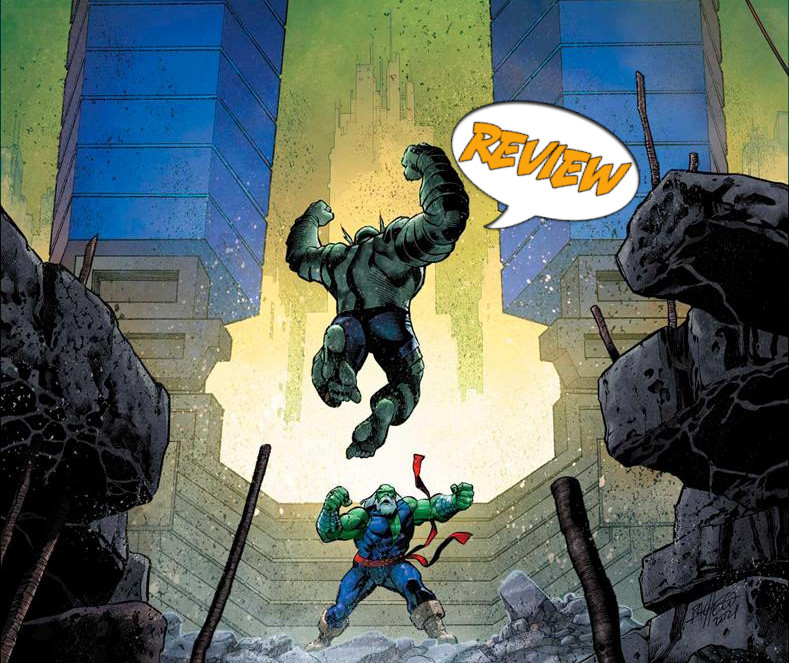 After a grueling defeat at the hands of Maestro: Doctor Doom, Namor, Abomination, and the android Human Torch lick their wounds and plan their next step. Find out more in Maestro: World War M #3 by Marvel Comics!

Previously in Maestro: After the world destroyed itself with nuclear weapons, Bruce Banner was kept alive by AIM. Looking at the state of the world, Banner decided to shed the mantle of the Hulk and become the tyrant, Maestro. He has cemented his rule, but many enemies continue to oppose him. Most recently, he attacked Namor and killed his family. Doctor Doom managed to barely save Namor, Abomination, and the Human Torch before Maestro could kill them.

HOW WE HANDLE GRIEF

Maestro: World War M #3 explores the aftermath of Maestro’s fight with Namor. Namor and Abomination found Doctor Doom’s alcohol stash and have been drinking into a stupor. And The Human Torch deals with working with three villains to stop Maestro. Both Namor and the Abomination decide to go to an extreme. Meanwhile, the Minister, Maestro’s advisor, is revealed to be Toro, the old sidekick of Android Human Torch. He also meets with Rick Jones and indicates that he doesn’t have loyalty to the Maestro.

Maestro heads back to Alchemax to see if he can find something to track Doctor Doom. As he searches, he finds himself face to face with the Abomination. Maestro beats up on the Abomination, and the Abomination doesn’t put up any resistance, resigning himself to death. But Namor has other plans; he has gone to the ocean’s depths and summoned Imperius Rex!

Maestro: World War M #3 shows that Maestro is no longer the most exciting character. In fact, he gets very little page time. Instead, we get a view of some of the story’s antagonists. And those antagonists are incredibly engaging and have exciting character depth. Unfortunately, Maestro doesn’t have that same connection anymore. Once he was genuinely cemented as evil, I no longer root for him. When the page shines a light on Maestro, I immediately lose interest and start looking at what the secondary characters are up to.

There is also an engaging study of desperation. Abomination and Namor are desperate and resort to alcohol which lowers their inhibition. Abomination’s reaction was to go out and die while Namor played his final move. Watching them discuss their past and grieve their lost loved ones worked exceptionally well on the page. I applaud the writing and art sensitivity as they portrayed a difficult scene. Good work here by the creative team.

Maestro: World War M #3 shows a depth for the secondary characters we don't find in Maestro.