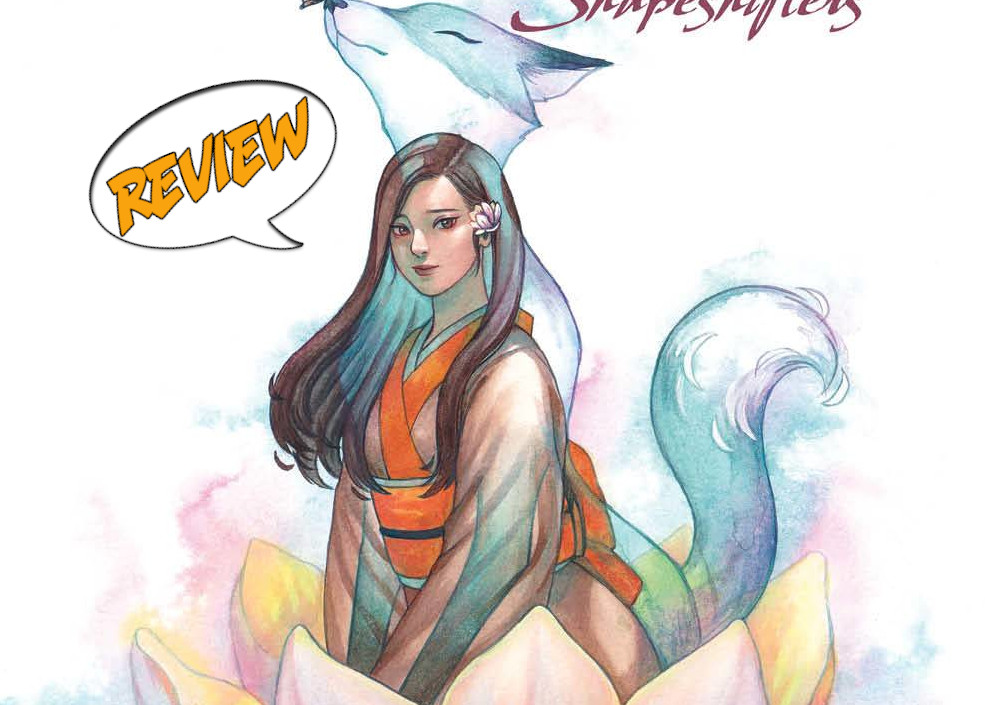 Sit down by the fire to hear the story of the kitsune in Jim Henson’s The Storyteller: Shapeshifters #3 by BOOM! Studios!

JIM HENSON’S THE STORYTELLER: SHAPESHIFTERS #3 (OF 4)

The Storyteller: Shapeshifters #3 begins with the Storyteller telling his faithful dog to be nice to a wandering fox while eating some mochi. This leads him to tell a story of a man who met a woman near a river. Over time, they slowly fell in love and planned to get married. But the woman’s family never showed up, and the man’s family became suspicious since the dogs seemed to hate her. After their marriage, the woman was attacked by the dogs in the village. To escape, she changed into a fox form. The man was heartbroken, even more so when his daughter was left on his doorstep.

The man often waited for his wife to return but raised his daughter with love and kindness. In his old age, he traveled to the spot in the river he met his wife but was attacked by bears. Luckily, he is saved by a fox! He pleads with her to “come and sleep,” and they have a tearful reunion. It is then that the Storyteller tells his dog that “come and sleep” translates to kitsune.

The Storyteller: Shapeshifters #3 tells a simple story with a lot of depth and meaning. And there is something beautiful in its simplicity. The action sequences were quick and to the point, and we spent a lot of time showing the man’s dedication to his wife. And that dedication dominates the story and impacts the reader. Em Niwa does a spectacular job in her writing and art. And shows a delicate expertise in telling a story this simple.

I enjoyed learning more about the kitsune. I think pop culture portrays a particular version of this lore, and I am only familiar with my Chinese heritage version of it. Great interpretation from Em.

The Storyteller: Shapeshifters #3 isn’t a comic that you read for colossal action sequences and dramatic moments. It is a love story between a man waiting for his wife. The best part of this story is that the characters’ small actions have significant development for the characters. 4.5 out of 5 stars for this one.