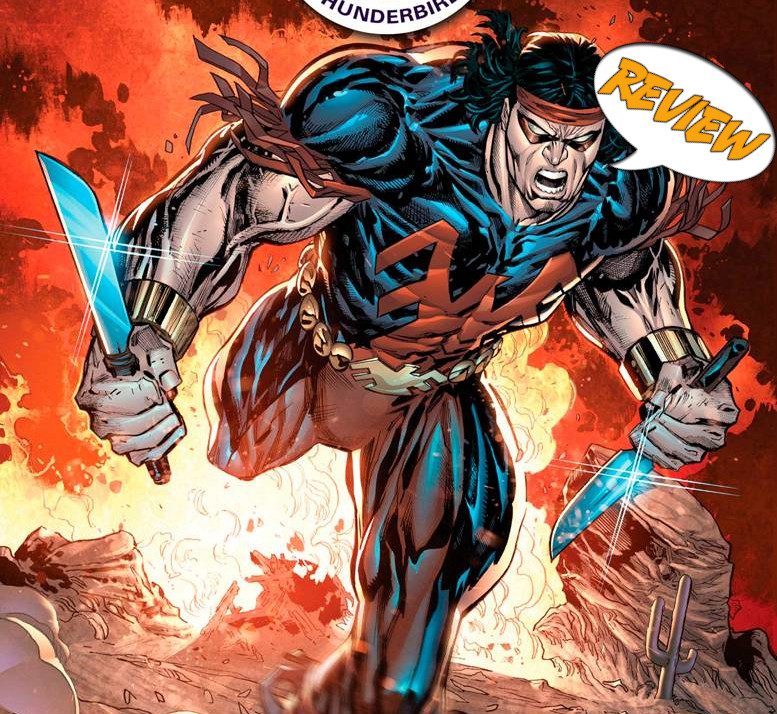 Thunderbird was the first X-Man to die on a mission. When mutantkind learned the secret to resurrection, John Proudstar returned to a new world. Find out more in Giant-Size X-Men: Thunderbird #1 by Marvel Comics!

Previously in X-Men: Wrestler Nyla Rose joins Steve Orlander, and David Cutler came together to write a new one-shot! Thunderbird was born on an Apache reservation and eventually became a U.S. marine. When his mutant power came, Professor X recruited him for the X-Men. Unfortunately, his tenure was short-lived when he died during a fight with Nefaria.

Giant-Size X-Men: Thunderbird #1 begins with John Proudstar returning home to search for his grandmother, Lozen Proudstar. After a brief interaction with the local children, he learns that many of the elders of the Apache were arrested when they didn’t give up the Apache mutants. Thunderbird then dons a brand-new costume and heads to the police station. After fighting some of the police officers, the Heritage Initiative is called in, led by Martynec. Proudstar and Martynec fight, with the latter turning into their lycanthrope form. After a fight sequence, Proudstar wins and is about to kill his opponent. That is until Lozen Proudstar tells him not to be a killer. He stands down and leads the Apache natives back home.

Later, he is talking to Lozen about finding a balance between being Apache and mutant and is encouraged that he doesn’t need to choose between the two words. The story ends with a reunion between Proudstar, Lozen, and Warpath.

The creative team caught my attention. I know who Nyla Rose was when she became the first transgender wrestler to sign to AEW. While I don’t follow her career, I remember hearing the story in the news. So, I was confused when she had writing credits for Giant-Size X-Men: Thunderbird #1. I later learned that she has Native blood. For what it’s worth, this is a solid debut writing credit. The writing and John’s self-reflection are interesting on the page. On top of that, I liked Thunderbird’s costume.

What the comic lacked was excitement. There wasn’t very much tension in the story. I knew that a bunch of cops wasn’t going to take down Thunderbird, and Martynec wasn’t engaging as a protagonist. In fact, it seemed like action for action’s sake. The creative team needed a villain here, and they just picked one even if it didn’t feel like a threat. The ideas are great, but I couldn’t get into the plotline. However, Thunderbird has a lot of potential to be a great protagonist, and I am excited to see his appearance in the X-Men Red title.