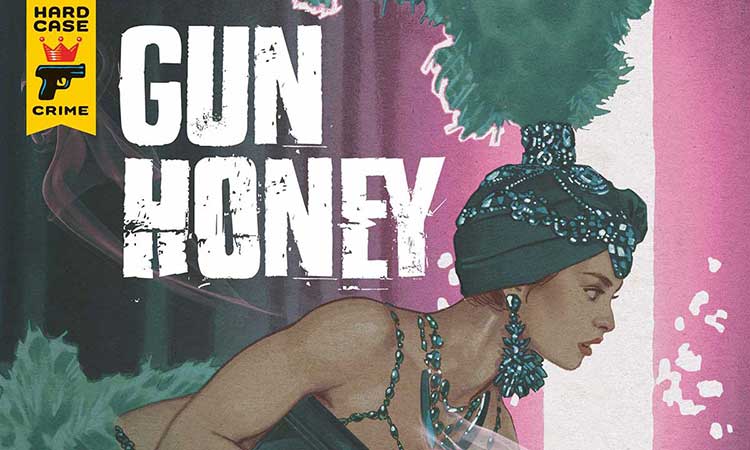 2021’S BEST-SELLING NON-PREMIER COMIC IS BACK FOR A BLOCKBUSTER NEW SERIES!

With weapons expert Joanna Tan, the legendary “Gun Honey,” off the grid, recuperating from her last job, a vengeful rival takes her place – and frames Joanna for murder. On the run from Malaysia to Milan, from Montana to Monaco, can Joanna catch up to her ruthless enemy…or will she catch a bullet first?