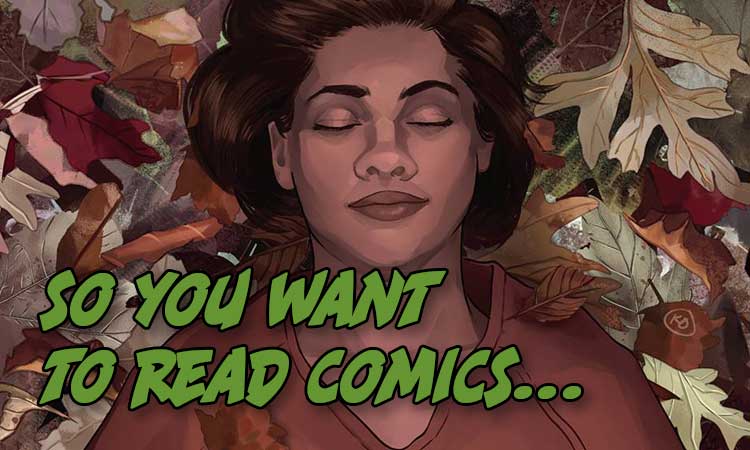 So You Want To Read Comics: Sleeper Edition

Time to catch some Zs with this week’s “So You Want To Read Comics”.  This is our weekly feature where we take a look at a single topic or genre, then give you two comic book recommendations, perfect for new readers, based on that topic or genre.  This week we’re taking a look at comics for people who love to sleep.

While the exact amounts aren’t always agreed upon, it’s generally accepted that sleep is an important part of most living creatures’ life.  But, beyond the health benefits and the biological effects, sleep also has a surprising role in many cultures, with various ancient gods and beliefs associated with the act.  In turn, as humanity has advanced and lifestyles changed, so has the nature of sleep.  For example, it’s been documented that early Europeans had segmented sleep patterns to coincide with agricultural needs.  But, as candles and oil lamps began to light up city streets, the need to go to bed as soon as the sun disappeared, went away, meaning that people were able to sleep longer uninterrupted. This interconnectivity between sleep and humans has found its way into our entertainment as well. With entire seasons of soap operas taking place in dreams, or certain burnt-faced killers stalking their prey while they sleep, the role of sleep in pop culture is undeniable. But, is that the case for comics?

Here’s one of those “well of course they’re going to recommend that” recommendations.  The Sandman is the story of the personification of dreams, known as Morpheus, escaping imprisonment and then journeying through both the physical and metaphysical realms as the story of how he was captured unfolds as well as what happens after his release.  Along the way he encounters many other entities similar to him in nature.  What makes The Sandman so good is how it takes on the subject matter of dreams and the things needed to dream.  Rather than focusing on the dreamers, oftentimes stories dive into the dreams themselves and examine why they exist and how they come about.  The Sandman was a critical darling and was a certified cult hit during its publication and it continues to be the basis for ongoing series in the DC catalogue, making this a great stepping stone into the world of comics.

This is the comic book adaptation of the Stephen and Owen King novel of the same name.  In this story a strange phenomenon has taken over the world, that phenomenon being that whenever women fall asleep they are suddenly wrapped up in cocoons and if they’re disturbed they become violent rampaging monsters.  While this series definitely moves beyond “sleep” as the main focus and touches on things like gender roles/equality, race relations, and the effect of past decisions on current events, a good portion of this story revolves around various characters as they either try and fight against the sleep or simply embrace it and what happens to those whole do fall asleep.  Being that this is a long-running comic series it allows for just about every detail from the source materials 700+ pages to be realized and expanded upon. It’s also a self-contained series, meaning that there’s no other reading needed to dive into this one and get a full experience.

What do you think of these recommendations?  What are your favorite stories about sleep?  Let us know in the comments section below.