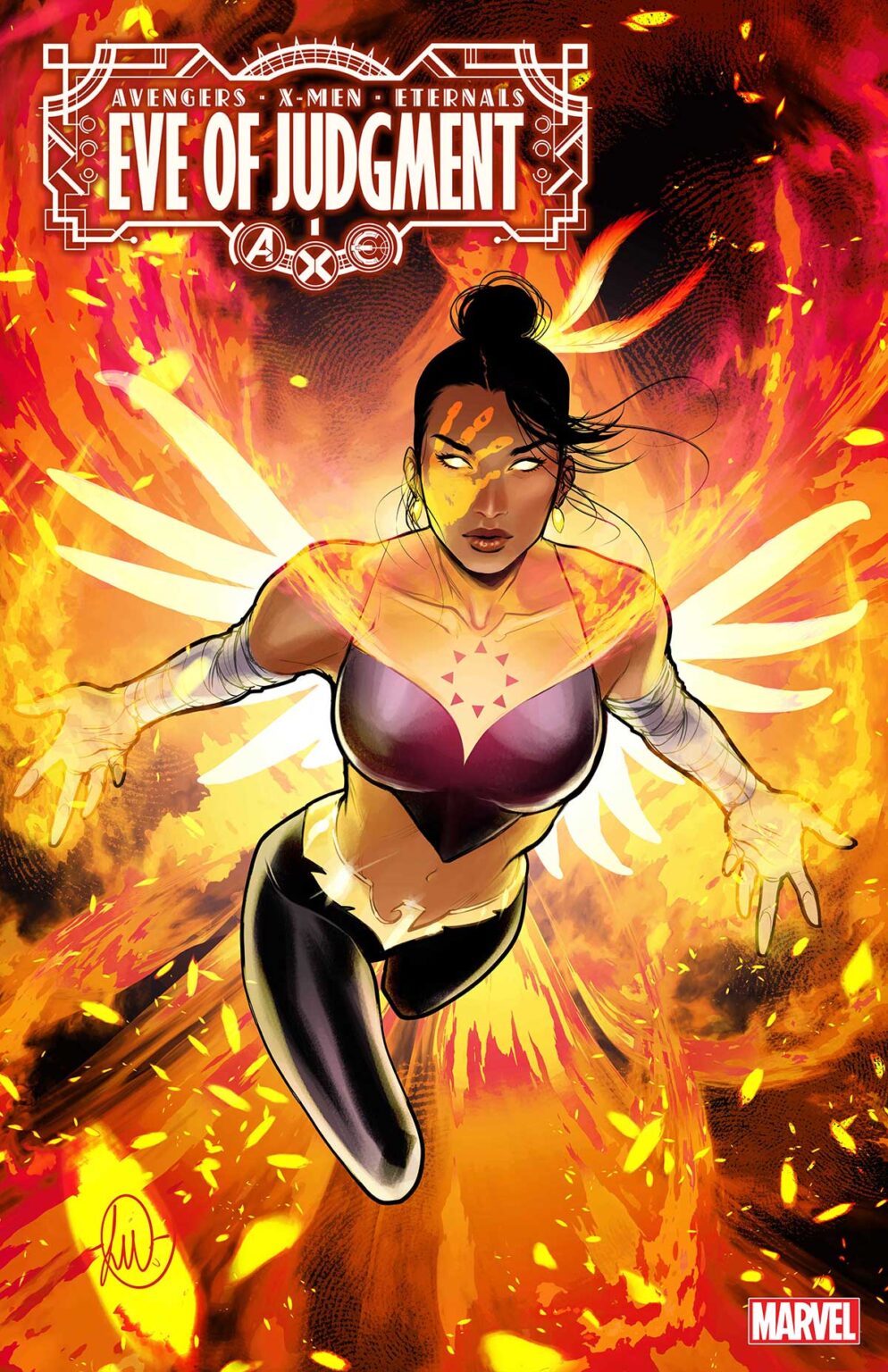 Judgement Day is coming! The Avengers, X-Men, and the Eternals are about to find themselves in conflict in the pages of A.X.E.: Judgement Day. Marvel Comics has hired Lucas Werneck and Ashley Witter to come up with variant covers for A.X.E.: Eve of Judgement #1.

· Echo – Equipped with unmatched fighting skills, this former street-level hero now burns brightly with the power of the Phoenix Force. But does she have enough control of her new cosmic power to assist her fellow Avengers?
· Thena – One of the Eternals’ fiercest warriors, Thena doesn’t always agree with the ways of her species. Will she fall in line when the Eternals target mutantkind or cause a schism amongst their ranks?
· Jean Grey – A central figure of mutantkind and current co-leader of the X-Men, Jean Grey can always be found on the frontlines of mutantkind’s greatest battles, ready and willing to use her omega-level gifts against any threat to her people.
· Destiny – The recently resurrected former X-Men foe now rules the mutant nation of Krakoa as part of the Quiet Council. Said to be mutantkind’s most powerful clairvoyant, she may know more about the war to come than anyone else…

While we only have Werneck right now, I suspect we’ll get the variant covers by Witter very, very soon.