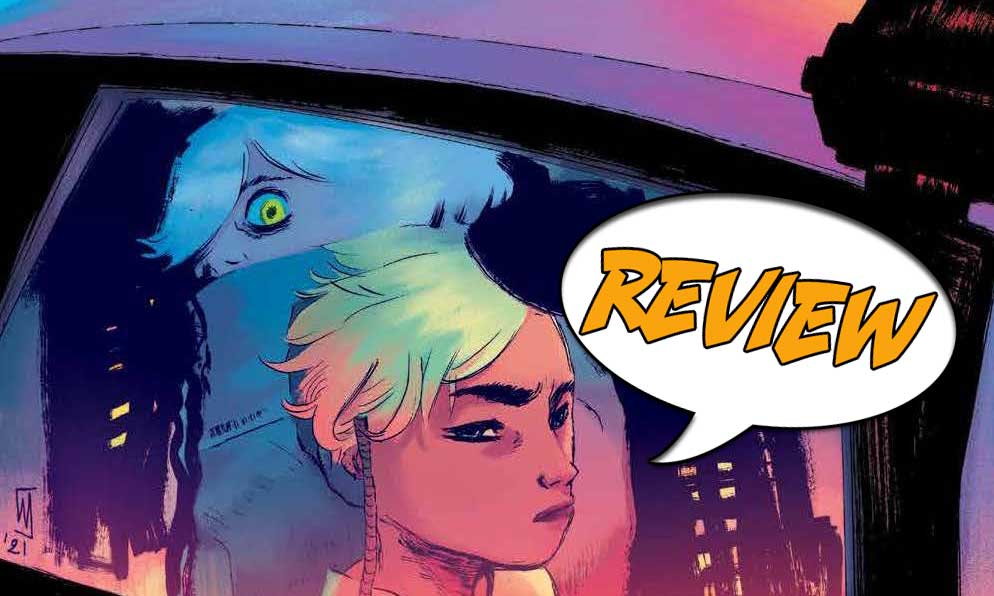 Something is Killing the Children #22 Review

Carter believes he is dealing with a serial killer. Erica knows there is a monster on the loose. Will Gabi tell either of them anything about what actually happened? Find out in Something is Killing the Children #22 from BOOM! Studios.

SOMETHING IS KILLING THE CHILDREN #22

Previously in Something is Killing the Children: Gabi, a young girl in Tribulation, NM has seen her family killed by monsters. Carter, the Sheriff, knows she is not a suspect – they have video evidence that clears her – but he has no idea what happened. Gabi will not talk with him. She is headstrong, prickly, even somewhat oppositional and definitely traumatized. Carter takes her to the bar where Riqui, who knows Gabi and her family, works, hoping she will take her in. And he wonders – does he have a serial killer in town?

THE HUNTER BECOMES THE HUNTED

Something is Killing the Children #22 opens on a scene that has become familiar to us, the aftermath of a monster attack. A family has been killed and disemboweled. Blood is spattered over the walls, floor, and furniture. In a particularly nasty touch, the victims have pins in their faces. In the kitchen, a blood-covered, elegantly dressed woman with a doll quietly makes a cup of tea. The doll warns her they are not alone. The woman throws a knife, narrowing missing a man in a red mask that covers the upper half of his face.

She admonishes him for interrupting her ritual. He informs her that the House of Cutter would like her to travel to America. Their Dragon has heard from the House of Slaughter in Chicago that they have a rogue Black Mask whom they would like eliminated. Indeed, she is to be sent after Erica, and we learn that she was responsible for mutilating the human bodies after dispatching the monster. This is a fascinating addition to the community of monster hunters.

In Tribulation, Erica approaches Gabi and says she knows something bad happened to her. Gabi asks if she is police and then if she’s a lawyer. She admits that she saw someone killing her sister. Erica wants to know more, but Gabi says that maybe it was Erica she saw. Erica talks a little more about how Gabi may not have believed what she saw and might be afraid to talk about it. Gabi still refuses. Erica finally tells her she thinks it was a monster and that she kills monsters.

Gabi dashes back into the bar and tells Riqui that a weird pedo is trying to pick her up in the parking lot. By the time they get back outside, Erica is gone. Riqui tries to reassure her, but Gabi continues to be resistant.

Carter returns to the police department as Erica leaves. The man at the desk assumed she was from the press. Carter kind of hopes somebody covers the murders. He feels in over his head. He briefly regrets not moving to Santa Fe, but mainly he feels like he doesn’t know where to go or what to do.

Riqui gets Gabi settled in for the night. Gabi hates the smell of her cigarettes. Looking out the window, she can see her house practically just across the yard. Seeing it from here feels strange to her. She tries to go to sleep but can’t. She looks out the window again and spots Erica sneaking around the house.

Erica is indeed looking at the scene of the deaths. Her monster tells her this was not an obscuratype. Erica tells it that sightings have been of something human-shaped. It tells her that it is a duplicitype, and usually, it takes a whole pack of White Masks to take one down. A duplicitype is a sort of doppelganger.

TRYING TO BE TOUGH AND INDEPENDENT

Something is Killing the Children #22 is a book about monsters, and the art is pretty graphic. The opening scene is very bloody and the mutilated bodies are horrifying. The contrast between that and the woman making tea is so strong that it is disquieting. Her doll plainly contains her monster like the stuffed animals we have seen from the House of Slaughter. The man who comes to see her wears a different kind of mask than what we have seen before, but it is similar. When we learn they are not from America, it is intriguing, adding depth to the culture of monster hunters.

While Gabi comes across as someone who is difficult to like, she also feels genuine. As she is drawn, we see the toughness and bravado in her face. She is a young woman who has been dealing with a lot and is determined to do so on her own. But compared to the adults in her life, she is not very tall, and she may be younger than we at first supposed. Her ideas are not that sophisticated, but she believes she will be able to bluster through with them. She is as vulnerable as she is prickly.

BOTTOM LINE: NO EASY WAY IN

While Something is Killing the Children #22 continues to tell us a monster story, I like that the monster is a different kind. New dangers lie ahead, and Erica does not yet realize that additional complications are headed her way.

Something is Killing the Children #22

Erica tries to investigate while dealing with a decidedly uncooperative survivor.