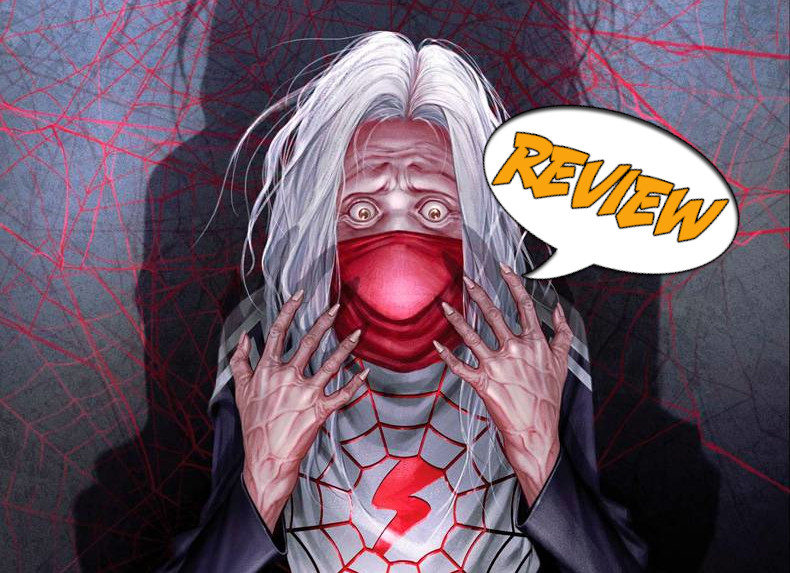 Cindy Moon is now Old Lady Cindy! Can she defeat the 400-year-old witch who is taking people’s youth? Find out in Silk #4 by Marvel Comics!

Previously in Silk: Silk investigated a Korean witch who awakened at the Metropolitan Museum. The witch used to target religious leaders who had a congregation that worshipped them. Now she targets a new source of worship energy: celebrities, influencers, and superheroes! Unfortunately, Silk found herself in the crosshairs of this witch and has aged up dramatically!

NOT AS YOUNG AS YOU USED TO BE

Silk #4 begins with Cindy Moon returning back to her apartment and having to climb up five flights of stairs. Silk’s roommate and brother does not recognize her, and she leaves without confusing him. As Cindy walks the streets, she notices a kid being beaten up. Silk decides she must intervene despite her age but is too weak to help the kid. The thieves decide to leave her without doing anything because Old Lady Cindy looks pitiful. She takes a final stop to see J. Jonah Jameson. He unintentionally convinces her that aging is not the end of the world. During her conversation, Dr. Ferguson calls to tell her that the witch is at the Metropolitan Museum. Silk asks J. Jonah Jameson for a ride, and they arrive to see the witch casting a destructive spell!

When I picked up Silk #4, I had high expectations. The series has done many cool things with this character and discusses her psychological needs. While we addressed how Silk felt about this issue, it didn’t seem like much happened. Cindy talked to many people, and there wasn’t any plot development till the last five pages. If I was reading this book as a trade paperback, I would be okay with a fourth issue that doesn’t do much. But as a stand-alone, I was a little disappointed. The comic primarily talked about Silk’s physical capabilities as she tries to cope with her new normal. And that theme didn’t hold up for a whole comic issue. And this story is outstanding as a whole, so I am optimistic that the rest of the series will be strong even if this issue was a little more informative than engaging.

Silk #4 suffered from slow pacing and Silk evaluating herself. However, the overall plot story arc is still going strong even if this was a slightly weaker issue. 3 out of 5 stars for this one.

Silk #4 was not as strong as the rest of the issues in this story arc, but I remain optimistic that this issue will lead to an exciting conclusion.