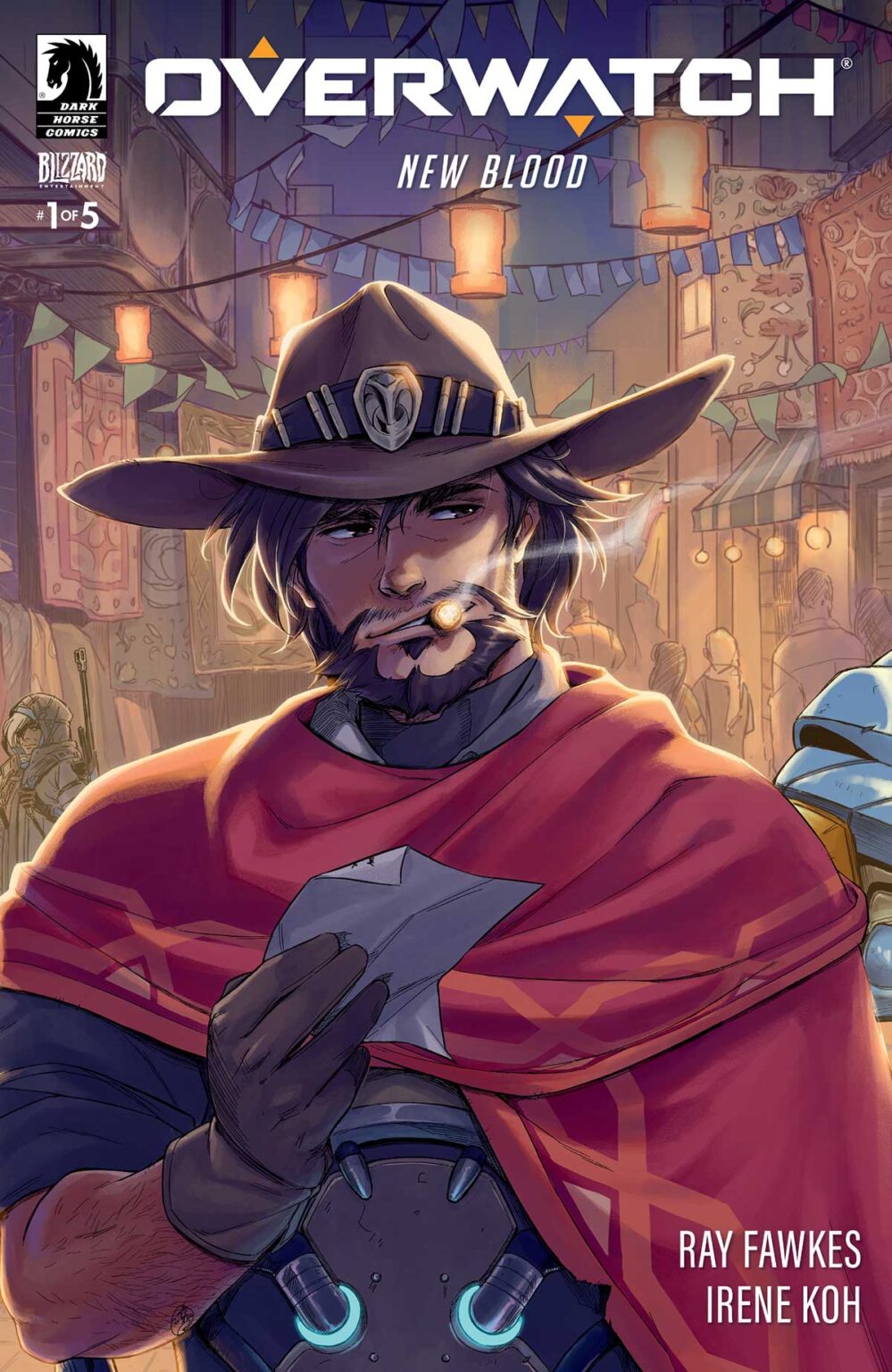 Dark Horse Comics and Blizzard Entertainment have teamed to release a print edition of Overwatch: New Blood by Ray Fawkes and Irene Koh.

With chaos and devastation rife around the world, Cole Cassidy receives the call to rejoin Overwatch, but memories of its fall still haunt him. After an unexpected reunion with an old friend, Cassidy considers that maybe Overwatch needs more than the old crew to give it new life.