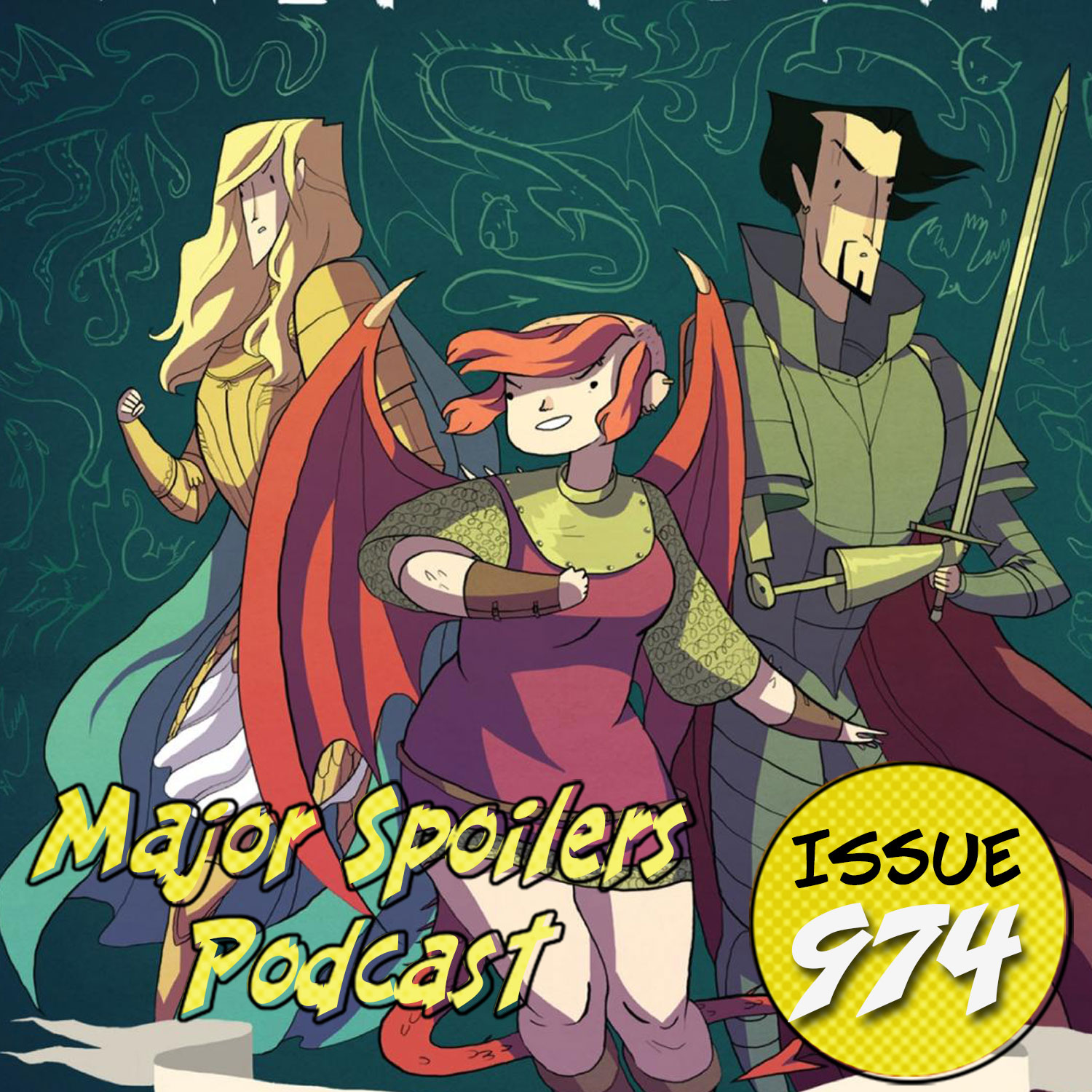 She’s not evil, she’s Nimona! This week we talk all things Spider-man, and review The British Paranormal Society Time Out of Mind #1 from Dark Horse Comics, Robins #6 from DC Comics, and Beorn: The Littlest Viking #1 from Red 5 Comics. It’s a lot to talk about!

Sony’s sprawling Spider-Verse is getting “way, way, way bigger,” producers Phil Lord and Christopher Miller teased at CinemaCon, the annual exhibition trade show currently underway in Las Vegas. After turning ” Spider-Man: Into the Spider-Verse” into a critical and commercial smash, the filmmakers hyped up a crowd of movie theater owners by showing an exclusive look at the first 15 minutes of the follow-up ” Spider-Man: Across the Spider-Verse.”

Benito Antonio Martínez Ocasio, better known by his stage name Bad Bunny, has been cast as the newest Marvel hero in Sony Pictures’ portfolio of the super characters – and will lead the standalone comic book film ” El Muerto.” “El Muerto” is set to hit theaters on Jan. 12, 2024.

You can purchase this issue via our Amazon affiliate link - https://amzn.to/3v9tHo7

MATTHEW
ROBINS #6
Writer: Tim Seeley
Artist: Baldemar Rivas
Publisher: DC Comics
Cover Price: $3.99
Release Date: April 19, 2022
The games are over and Jenny Wren's traps have finally sprung around the Robins! Can the teen wonders unravel the truth behind Jenny's connections to Batman, or will the true first Robin finally rip apart the Bat-Family once and for all?

You can purchase this issue via our Amazon affiliate link - https://amzn.to/3Lqdu3B

RODRIGO
BEORN: THE LITTLEST VIKING #1
Writer: Ben Bender
Artist: Ben Bender
Publisher: Red 5 Comics
Cover Price: $4.99
Release Date: May 4, 2022
As featured on Free Comic Book Day! Beorn's world is big, full of living myths and fairy tales, but that won't stop the littlest Viking from living a legendary life! After Beorn finds his way to an uncharted island, he wastes no time launching headfirst on his quest for adventure... or at the very least, his quest to find a sandwich! What perils await young Beorn in this new land, and will the littlest Viking be big enough to rise above the dangers coming his way?

You can purchase this issue via our Amazon affiliate link - https://amzn.to/39kvDBQ

NIMONA
Writer: ND Stevenson
Artist: ND Stevenson
Publisher: Quill Tree Books
Release Date: May 12, 2015
Nimona is an impulsive young shapeshifter with a knack for villainy. Lord Ballister Blackheart is a villain with a vendetta. As sidekick and supervillain, Nimona and Lord Blackheart are about to wreak some serious havoc. Their mission: prove to the kingdom that Sir Ambrosius Goldenloin and his buddies at the Institution of Law Enforcement and Heroics aren't the heroes everyone thinks they are.

But as small acts of mischief escalate into a vicious battle, Lord Blackheart realizes that Nimona's powers are as murky and mysterious as her past. And her unpredictable wild side might be more dangerous than he is willing to admit.
CLOSE
Contact us at podcast@majorspoilers.com