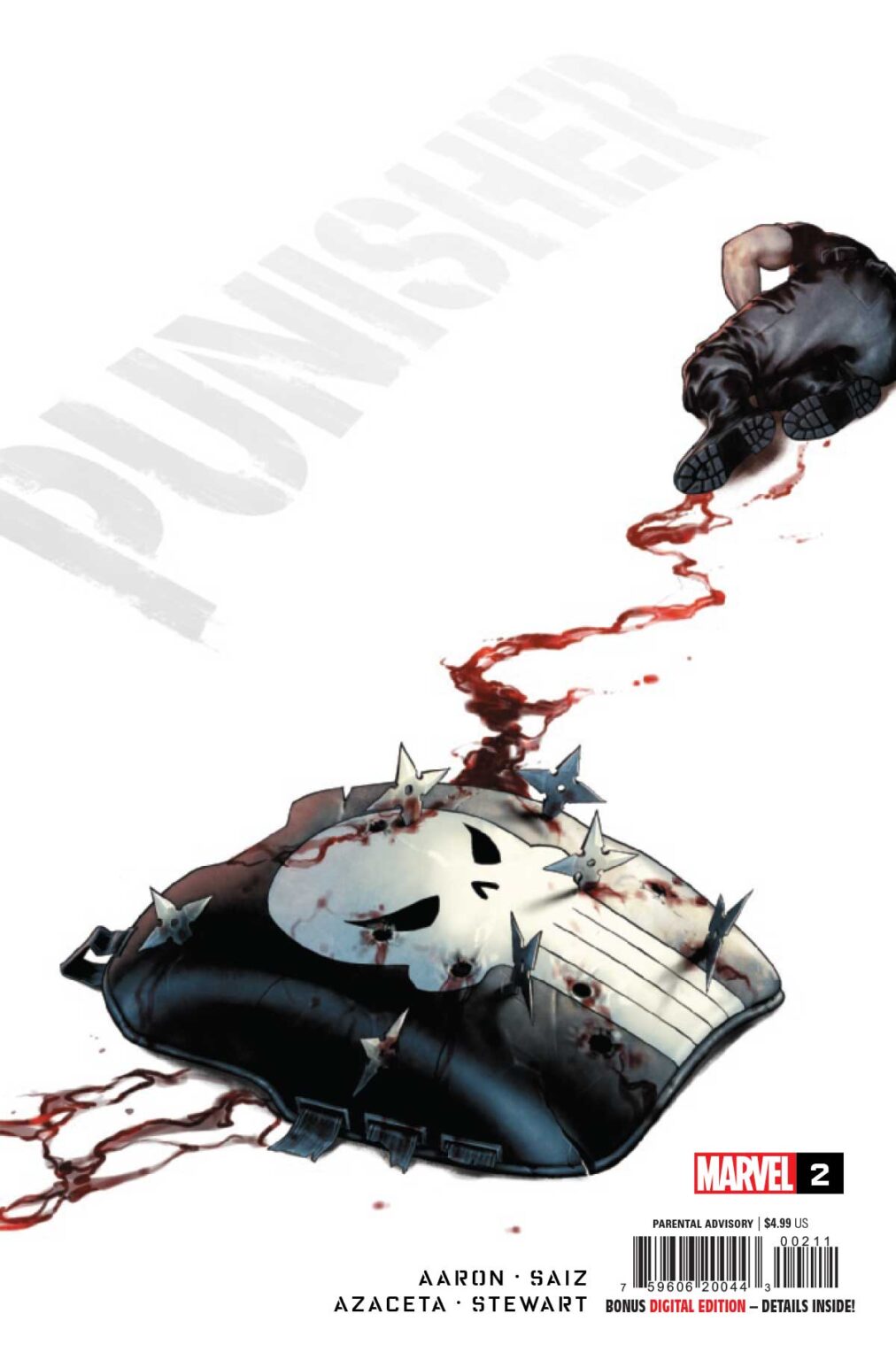 PUNISHER #2
JASON AARON (W) • JESÚS SAIZ & PAUL AZACETA (A) • Cover by JESÚS SAIZ
VARIANT COVER BY PAUL AZACETA
VARIANT COVER BY MARC ASPINALL
THE PUNISHER STORY TO END ALL PUNISHER STORIES CONTINUES!
The Hand has lost its way. What was once the world’s most fearsome organization of ninjas and killers has found itself defeated time and again by lesser foes. One priestess believes it’s because the Hand hasn’t had the proper leadership, the living embodiment of their dark god, the Beast. Enter the Punisher, the most accomplished murderer who has ever lived. A man determined to end his war, no matter what it takes.
40 PGS./Parental Advisory …$4.99