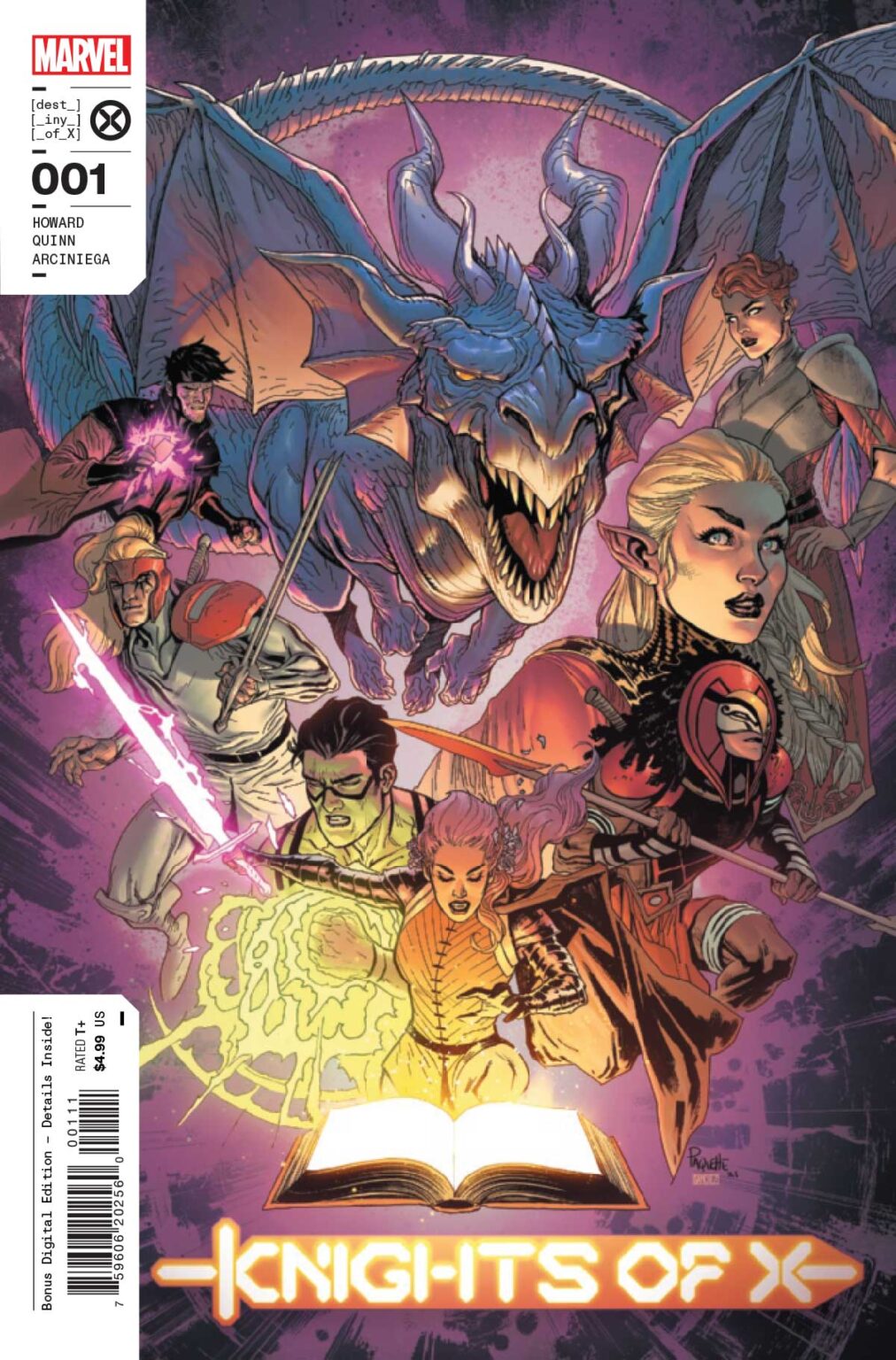 KNIGHTS OF X #1
TINI HOWARD (W) • BOB QUINN (A) • Cover by YANICK PAQUETTE
Design Variant Cover by TOM MULLER
Teaser Variant Cover by ROD REIS
Promo Variant Cover by STEPHEN SEGOVIA
Variant Cover by MEGHAN HETRICK
Variant Cover by FELIPE MASSAFERA
Variant Cover by SKOTTIE YOUNG
THE QUEST BEGINS HERE, WHERE MUTANTS ARE HATED AND FEARED ONCE AGAIN!
The gates to Otherworld are closed — and Captain Britain is trapped on the wrong side! Usurpers Merlyn and his right-hand man, King Arthur, are now in control of Lunatic Citadel. Furies the size of Sentinels raze villages to the ground in their hunt for the “witchbreed.” Cutoff from Krakoa, Betsy Braddock is Otherworld’s only hero — and to save her people, Betsy must recruit a round table of her own. The Knights of X gather to restore the rightful order and rescue desperate mutants — but their quest is about to get so much bigger than that. This is the era of destiny…and the fate of Otherworld lies at the center of mutantkind’s future. Don’t miss this essential piece of the new Krakoa!
40 PGS./Rated T+ …$4.99