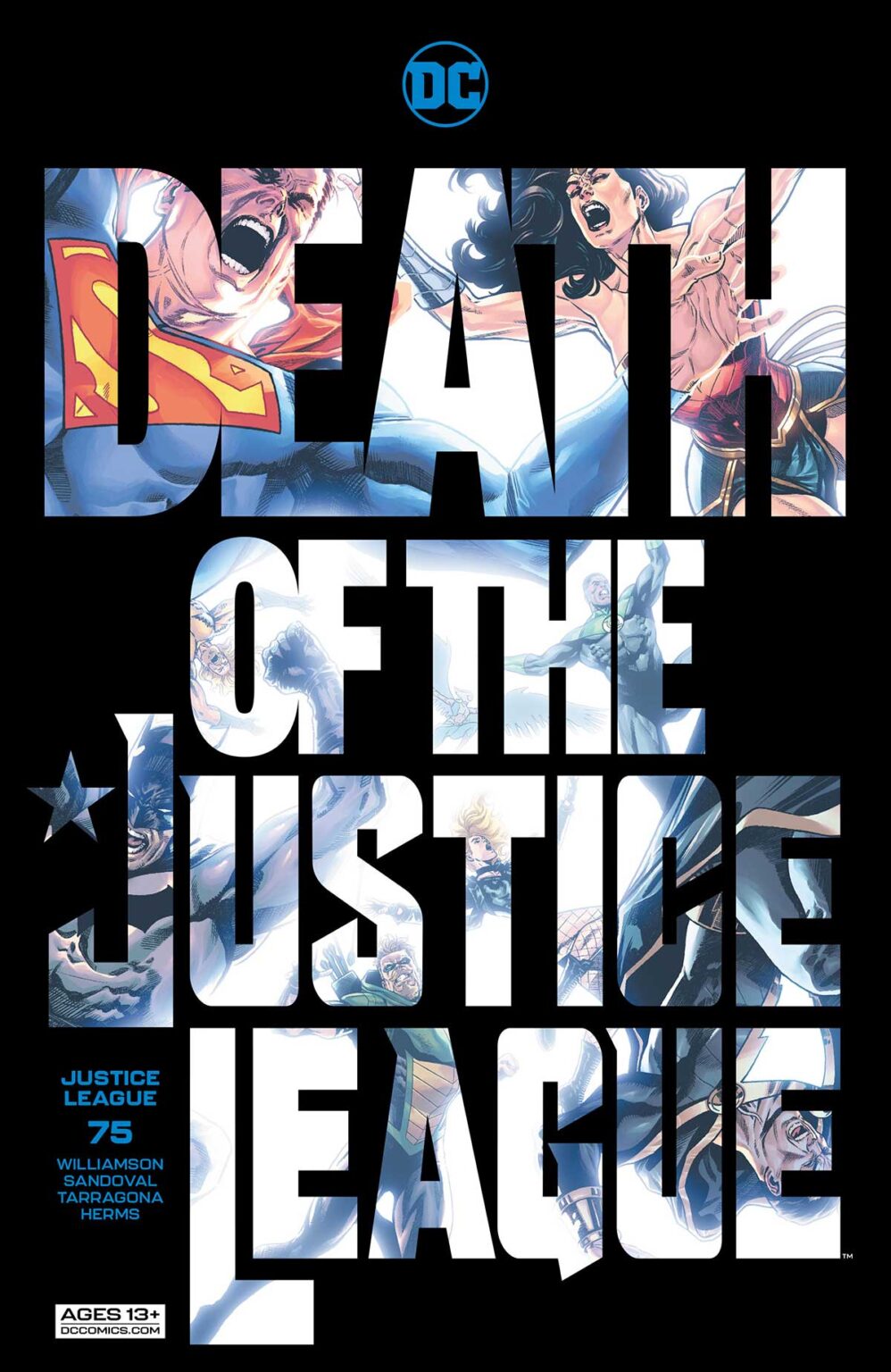 Oversize special issue! Superstar writer Joshua Williamson pens the beginning of the next big DCU event! It all starts here!
A new Dark Army made up of the DCU’s greatest villains has formed on the edges of the Multiverse! The DCU’s best and most powerful heroes are pulled together in an epic war to push the darkness back! But in the end, they are no match for it! That’s right, you heard it here first: the Justice League are killed by the Dark Army, with only one survivor to warn the remaining heroes of Earth about what is coming for them!
FINAL ISSUE!