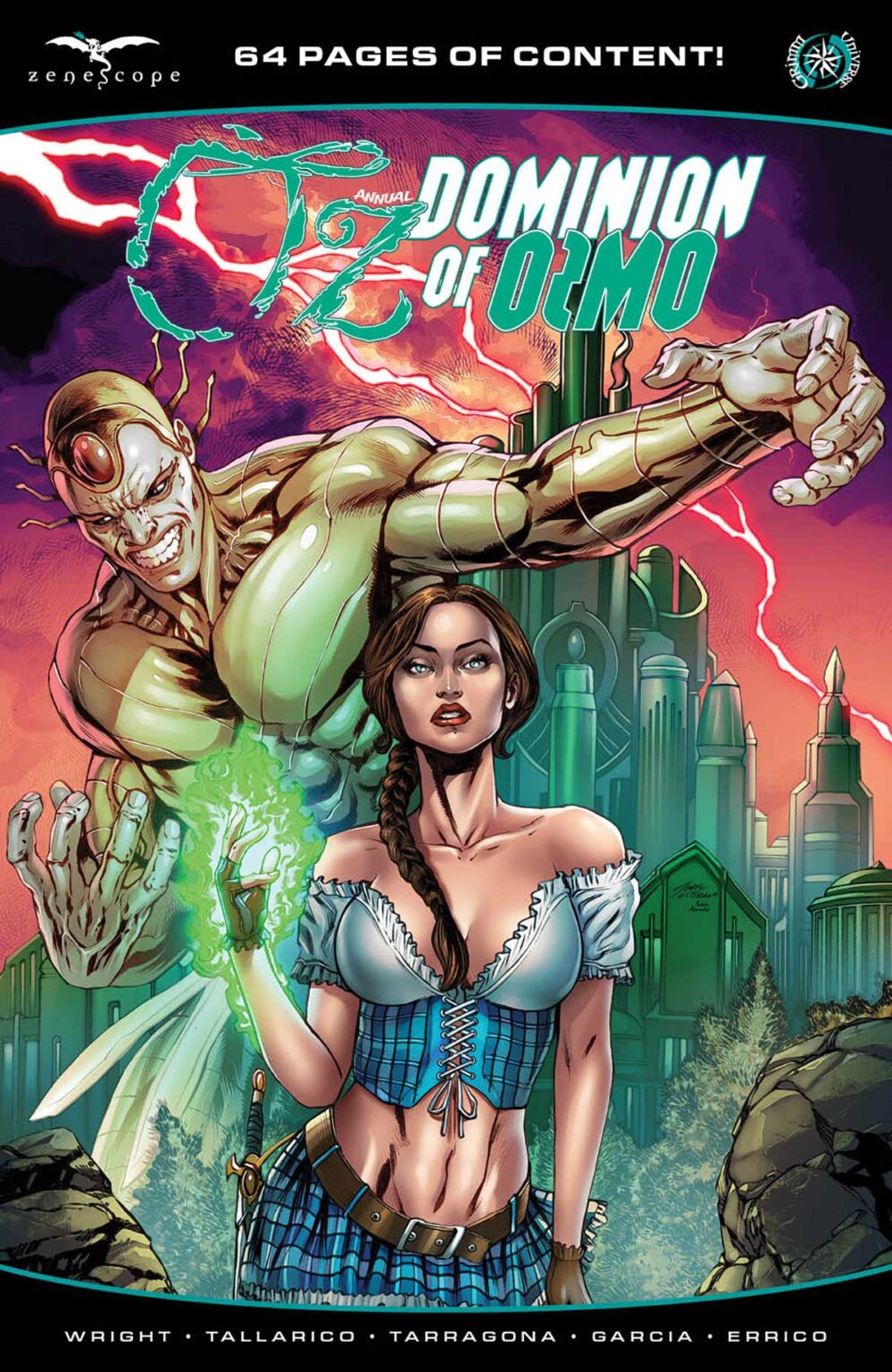 DOMINION OF OZMO
STORY: JOE BRUSHA, RALPH TEDESCO, DAVE FRANCHINI,
DAVID WOHL & JENNA LYN WRIGHT
WRITER: JENNA LYN WRIGHT
ARTWORK: DARIO TALLARICO, JORDI TARRAGONA, EDUARDO GARCIA, ANDREA ERRICO & MASSIMILIANO LA MANNO
COLORS: LEONARDO PACIAROTTI, CECI DE LA CRUZ, JORGE CORTES & WALTER PEREYRA
Synopsis:
Dorothy was once a young farm girl from Kansas, but now she rules in the Emerald City as the queen of Oz. The land of Oz is much larger and far older than its current inhabitants truly know, and the southern wall separating the Emerald City from the rest of the land has been broken. Now, sweeping in from the south, comes a force so evil and so powerful, that the heroes may not be enough to defend the world they love. Arriving in an all-new extraordinary adventure, Ozmo makes his triumphant return to the world he once called his dominion, to a people who knew only fear and destruction under his rule.

Traveling to Mars arrives in November