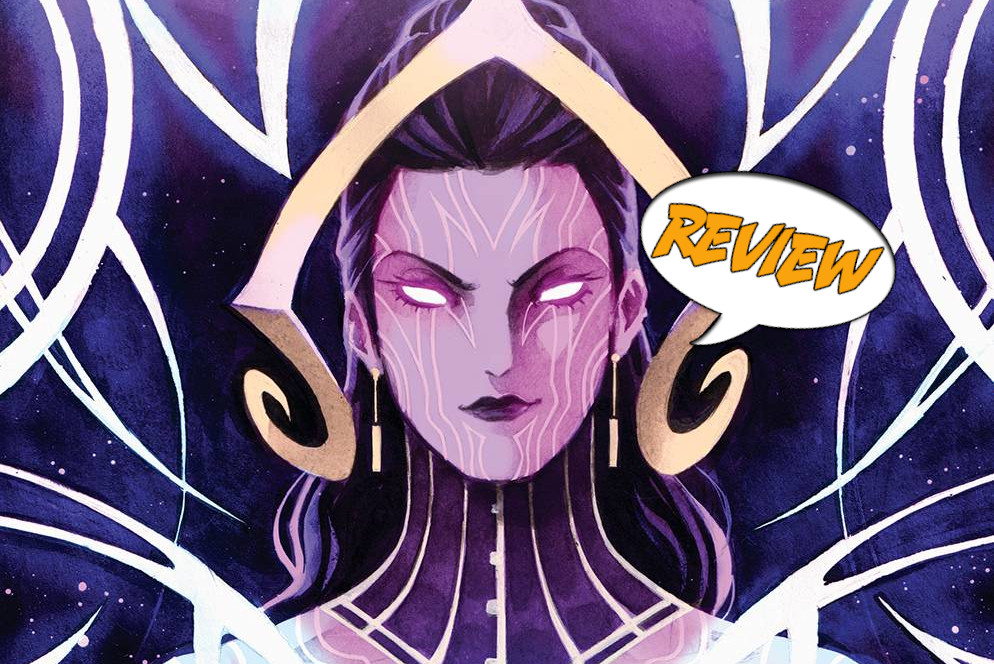 Return to the Magic: The Gathering universe and find out what happened to Liliana Vess! Check out how this master of necromancy manages in Magic: The Hidden Planeswalker #1 by BOOM! Studios!

MAGIC: THE HIDDEN PLANESWALKER #1 (OF 4)

Previously in Magic: Lilliana Vess is a famous Necromancer planeswalker that many believe is dead. However, she is alive and is working as an Associate Professor of Necromancy at Strixhaven! As the Bride of Death, Lilliana used her powers for good and evil. Now, she is just simply a teacher.

Magic: The Hidden Planeswalker #1 begins with Liliana teaching a class and expressing concern that she teaches necromancy to evil people rather than the moral implications of using the dead. But this thought process is stopped when Ral Zarek and Kaya recruit her for a mission. Marit Lage’s entity is being lured to Jace Beleren, and they need her help. Liliana agrees after realizing that Tezzeret may be involved. Liliana uses her powers of necromancy to rip an army of the dead away from Marit Lage. As she casts her ritual, she hears a weird voice amongst the undead army. They ultimately defeat the entity, but Jace dies.

Lilliana returns to Strixhaven and is ambushed by Tezzeret, who tries to read her mind. The memory that Tezzeret wants is the memory of the weird voice when she fought Marit Lage. Fortunately, Lilliana uses her magic and forces Tezzeret to retreat. But what is this voice?

I am fascinated with what Magic: The Hidden Planeswalker #1 chose to include in their story. There wasn’t a huge fight sequence, and Jace died off-panel. This is interesting because Jace and Lilliana have a tumultuous and romantic relationship. It seemed silly that they rushed over that fact. In fact, we spend most of the issue hearing Lilliana’s inner monologue over anything else. She does a lot of thinking and provides a lot of context for her thought process. The writing team makes an interesting choice, and I applaud the attempt. But this type of writing suggests that I need to be very familiar with this universe. And I am not. I’ve played the game casually and read one book. And to be frank, I ended up having to google and do other research. This is a #1 issue and maybe someone’s introduction to the world, and this book isn’t new reader-friendly.

I enjoyed this theme of Vess acting almost like a noir private investigator as she searches for this weird voice she heard. Almost feels like a solid mixing of genres. Very ambitious choices deserve a degree of respect. And the art is stunning on the page as well. I like the artistic interpretation of Vess as she summons magic.