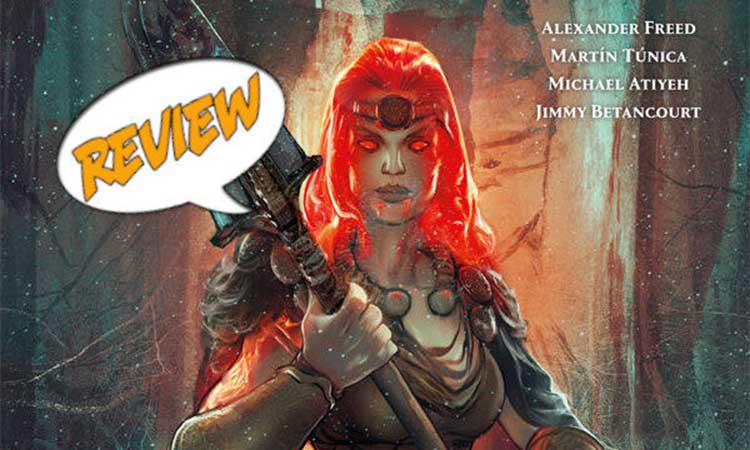 Baldr and Loki are an unlikely duo, but even opposites can team up for the greater good. Find out more in Assassin’s Creed Valhalla: Forgotten Myths #2 by Dark Horse Comics!

Previously in Assassin’s Creed Valhalla: The fire giants are on the cusp of war, and Baldr and Loki are trying to prevent it. Baldr believes that if he can win the heart of the fire giant princess, Eysa, he can bring peace. Now Baldr and Loki look for gifts that may impress her enough to gain that initial audience.

Assassin’s Creed Valhalla: Forgotten Myths #2 gives us a montage about some of the adventures Baldr and Loki go on. Working as a team, they find many great gifts for Eysa. But all are rejected. Baldr and Loki continue to try and develop a new plan, and Baldr admits that he does fear something. But instead of revealing his fears, they come up with a plan to craft something for Eysa rather than finding it. They then head to the dwarves to commission a piece. With the dwarves’ skill and Loki’s magic, they create a great crown, but it needs something more.

Baldr and Loki travel to Joutenheim to look for the gems of Svartalfheim. They find the gem, but the cold is unbearable, and Baldr begins to lose consciousness. He then admits to Loki what his fear is. Baldr can die to mistle berry. Loki takes Baldr back to Asgard for rest before finishing the crown. Later, Loki claims he will take the crown to Eysa, but he instead throws the crown into the lava.

I am impressed with the characterization in Assassin’s Creed Valhalla: Forgotten Myths #2. Watching Baldr slowly begin to trust Loki despite the objections from other people is incredibly interesting. And for those of us who are fans of mythology, Loki indirectly gets Baldr killed, though I’m unsure if this comic will cover that. Watching this relationship grow and Loki’s ultimate betrayal is engaging. And that is so weird because this is a comic based on a video game. Most video game comics usually try to get people interested in the game itself. But this is just doing a good job telling a good story.

I also wanted to take a moment and talk about the art style. While the linework is solid and adequate, I was impressed by the colorist. Some scenes have a range of colors and sharing that is incredibly engaging on the page. Great work here.

I am thoroughly enjoying Assassin’s Creed Valhalla: Forgotten Myths #2. I don’t think I have heard of this story, and a very superficial google search seems to imply that this is strictly a story from the video game. This is engaging work, and I am impressed. 4 out of 5 for this comic, and I am looking forward to its conclusion.

Assassin’s Creed Valhalla: Forgotten Myths #2 tells a great story that steps away from the traditional Norse Mythology to tell something new.