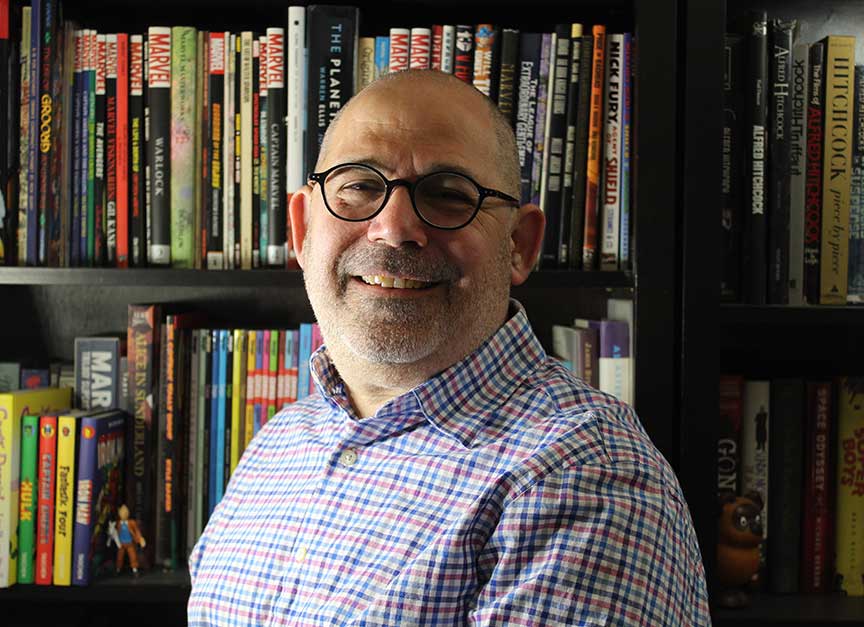 Dynamite Entertainment is pleased to announce that comics-industry veteran Adam Philips has joined its staff as Director, Marketing, reporting to VP, Sales & Marketing Alan Payne, and working hand in hand with Vince Letterio, Dynamite’s Director, Sales. Among his responsibilities are running Dynamite’s monthly solicitations section in the Diamond Previews catalog and interviewing writers and artists on their latest projects for Dynamite’s YouTube channel. “I’m beyond thrilled to join Dynamite Entertainment,” says Philips. “Dynamite is publishing some truly exciting comics, and it’s a pleasure to work with Nick Barrucci and his team to help promote what they’re doing.”

“I’ve known Adam since his early days at DC, as he was my main contact, and we’ve always had a great relationship,” says Nick Barrucci, founder and CEO of Dynamite Entertainment. “Bringing him on board gives us access to his decades of experience in the business, and I look forward to seeing where that will lead us.”

Philips was previously a longtime staff member with DC Comics. He joined DC in 1994 as its first (and so far, only) Copywriter, spearheading the creative direction of DC’s advertising and other projects. After joining DC’s marketing department, he was promoted to Director, Marketing Services, where he worked with comics shops and distributors until leaving staff in 2021.

Before that, Philips was an editor at Welsh Publishing Group, working on licensed magazines for young readers starring Superman and Batman, the Teenage Mutant Ninja Turtles, Garfield, The Simpsons, The Real Ghostbusters, and more.

Philips began his career in comics as a freelance writer for Marvel Age Magazine before joining the staff of Marvel Comics as assistant editor in 1985. He worked on Marvel titles including Marvel Age Magazine, The Incredible Hulk and Wolverine, Howard the Duck, Doctor Who, The Vision and Scarlet Witch, and others.

In 2021, Philips created the comics podcasts “Defenders Dialogue with Carr and Adam” (in partnership with Carr D’Angelo, owner of Earth-2 Comics) and “One-Shot Wonders with Adam Philips.”