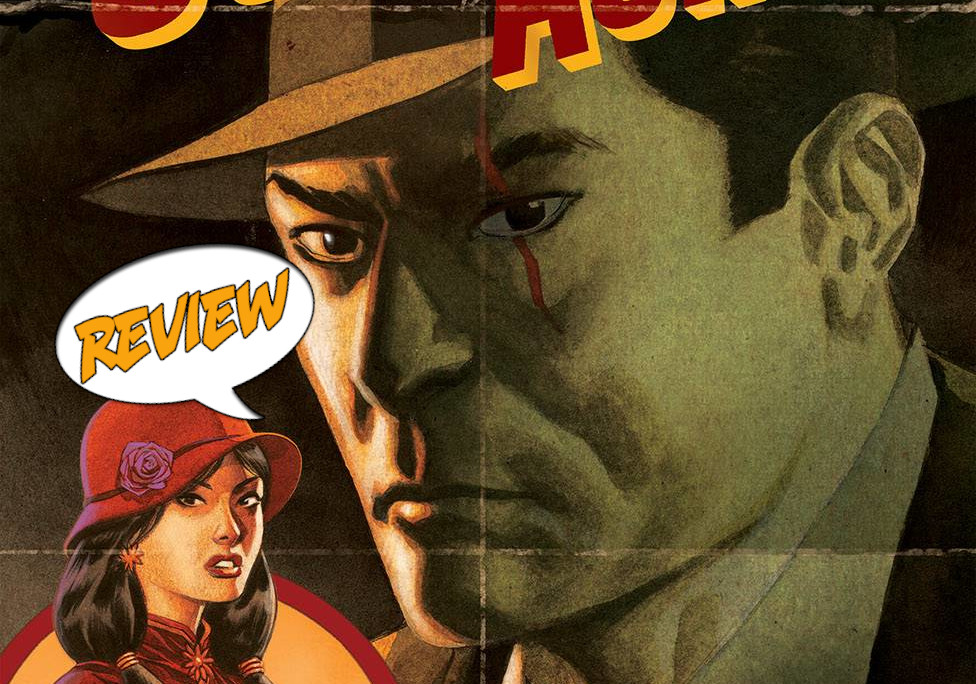 The Good Asian series concludes as Edison Hark finds out what happened to Ivy Chen! Check it out in The Good Asian #10 by Image Comics!

Previously in The Good Asian: Edison Hark has come to San Francisco to look for Ivy Chen and ended up in a vast scheme involving his whole surrogate family. He recently fell into a trap set by his surrogate sister, Victoria, where he ended up significantly hurt and disfigured. After getting surgery that completely changed his face, he is back on the case.

The Good Asian #10 has Edison Hark confronting Victoria. Unaware of Edison’s new face, Victoria swings at him until he realizes who he is. She then breaks down and reveals what happened to Ivy Chen. Victoria had Ivy questioned after she and Terrance Chang were blackmailed by Silas. However, Ivy did not know where Silas was and died from the torture. Now awake from his coma, Mason Carroway shows up with a gun pointed toward Edison. Mason seems to be trying to keep his family out of jail and is covering for his daughter’s crime.

Edison finally confronts him about the death of his mother and reveals his investigations. He knows that Mason and his family have been paying off someone who witnessed his mother’s death, and the person who went to jail was innocent. Mason loses his nerve and puts down his gun, admitting that he was wrong and truly loved Ivy. The compromise was that Edison had blackmail material on the Carroways, and the Carroways would continue to feed money into Chinatown. But ultimately, no one is going to know about what really happened, and Edison will still be painted as the murderer of Frankie Carroway.

THE END OF THE ERA

I have thoroughly enjoyed this series and this fictional story that took place in a very real-time. I appreciate the research and how much care was being used to try and create historical accuracy. The Chinese Exclusion Act was a rough time and forced people to do many questionable things. Great work and decision-making from the creative team.

The ending of The Good Asian #10 was a little disappointing to me. The series set up a promise that we will find out about Ivy Chen and the mystery surrounding her disappearance. Finding out that Ivy Chen was dead, not from Edison’s immediate investigation but from Victoria’s confession, didn’t keep that promise. Or at least, in my interpretation, it didn’t. But all the loose ends did wrap up. We know what happened to Edison’s mother and the truth between Mason and Ivy’s relationship. With that being said, it is almost like the journey was better than the result.

I like The Good Asian title, and I think Edison Hark is a compelling protagonist. While I wasn’t on board with how the series ended, that doesn’t mean it wasn’t a good choice by the creative team. With that in mind, this is a solid 4 out of 5 stars for The Good Asian #10.

The Good Asian #10 provided a respectable conclusion to an amazing series.