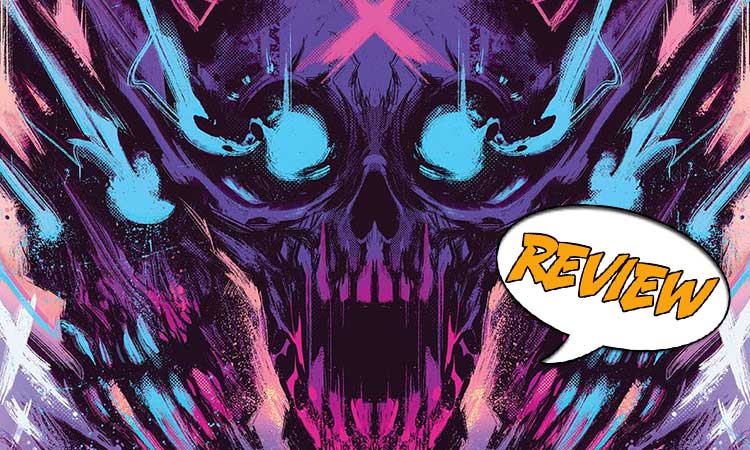 Ami holds out long enough for the Old James House ghost to return with its final ghost in tow. Will they be able to stop Meg, and why is the last ghost so important? Find out in Home Sick Pilots #14 from Image Comics!

Previously in Home Sick Pilots: The final ghost missing from the Old James House is stuck in the underground tunnels of an abandoned military installation. Rzor’s grandfather worked here on early experiments to weaponize ghosts, and the last ghost was part of that. She feels a bond with Rip and works hard to connect with him. Buzz finds him and sees him in ghost armor and realizes he is wearing the final ghost. She demands to see the Old James House ghost. Buzz wants to return her to the house itself, but she violently does not want to go!

THE RETURN OF THE FINAL GHOST

Home Sick Pilots #14 opens as Ami realizes that the Old James House is dying. The ghosts within it are getting weaker as Meg and the Nuclear Bastard steadily rip the house apart. Ami tries to hold on just long enough for Rip and Buzz to return with the final ghost.

And then the final ghost appears. Ami asks if Buzz is there, and he is, but held in captivity by the ghost. She asks if Rip is doing this, but it soon becomes evident that this is the work of the final ghost who is the daughter of Old James. She used her ability to create tunnels to make one that would bring her here so she could see her father’s work destroyed. He built the Old James House for her. She was trapped there, and when she was gone, he brought in other people/ghosts to replace her.

She came here for revenge, but the ghost of Old James is here as well. He wrests control of all the house’s ghosts and turns them against his daughter to bring her home again, to hold her in his house. Ami can sense she does not want this and tells him to stop. Instead, he kicks Ami out, and Rip and Buzz along with her.

Against her will, unable to resist, the final ghost obeys her father. The House is complete once more. It takes on a humanoid form and stands again, stronger than ever. Meg prepares to fight it once more and it looks on this as a chance to release all the ghosts of America in one horrendous burst. Old James makes his daughter create endless tunnels so all the ghosts from the Nuclear Bastard fall into them.

Then it prepares to make its way home. As a last gesture of good will, it picks up Ami, Rip, and Buzz as the military close in to attack it. They will be safe inside the house, at least until the house gets to where it is going.

THE PEAK OF SUPERNATURAL POWER

I am fascinated by the forms the ghosts take on in Home Sick Pilots #14. They have a base humanoid form, but when they use their powers or bond with people, they take on the symbolism of their death as well as becoming more powerful and threatening. The Old James House ghost returns, and its body includes a version of the horseshoe we have seen on and off since the beginning. However, it also holds Buzz bound in chains, the same kind of chains its daughter has. When it reaches all its other ghosts, they use those chains against her to trap her in her afterlife as she was trapped in life.

I love the coloring. Ghostly energy and powers are marked by pink and magenta tones, shading more toward red in Meg’s case. The rest of the colors in any given scene play off that, so outdoors takes on blue and purple hues. The final ghost stands out in shades of green. These complementary colors evoke a lot of contrast and take turns directing focus depending on which one makes up the most of any particular scene. It’s pretty and unworldly at the same time.

BOTTOM LINE: WILL ANYONE WIN IN THE END?

Home Sick Pilots #14 has built to this point over several issues. I like the way the Old James House ghost seems incomprehensible, as though he has been a ghost so long, he has lost touch with his humanity and operates under completely different rules. And with that being the case, I am intrigued to see where the conclusion goes.

The final ghost returns to the Old James House, but not like anyone expected!