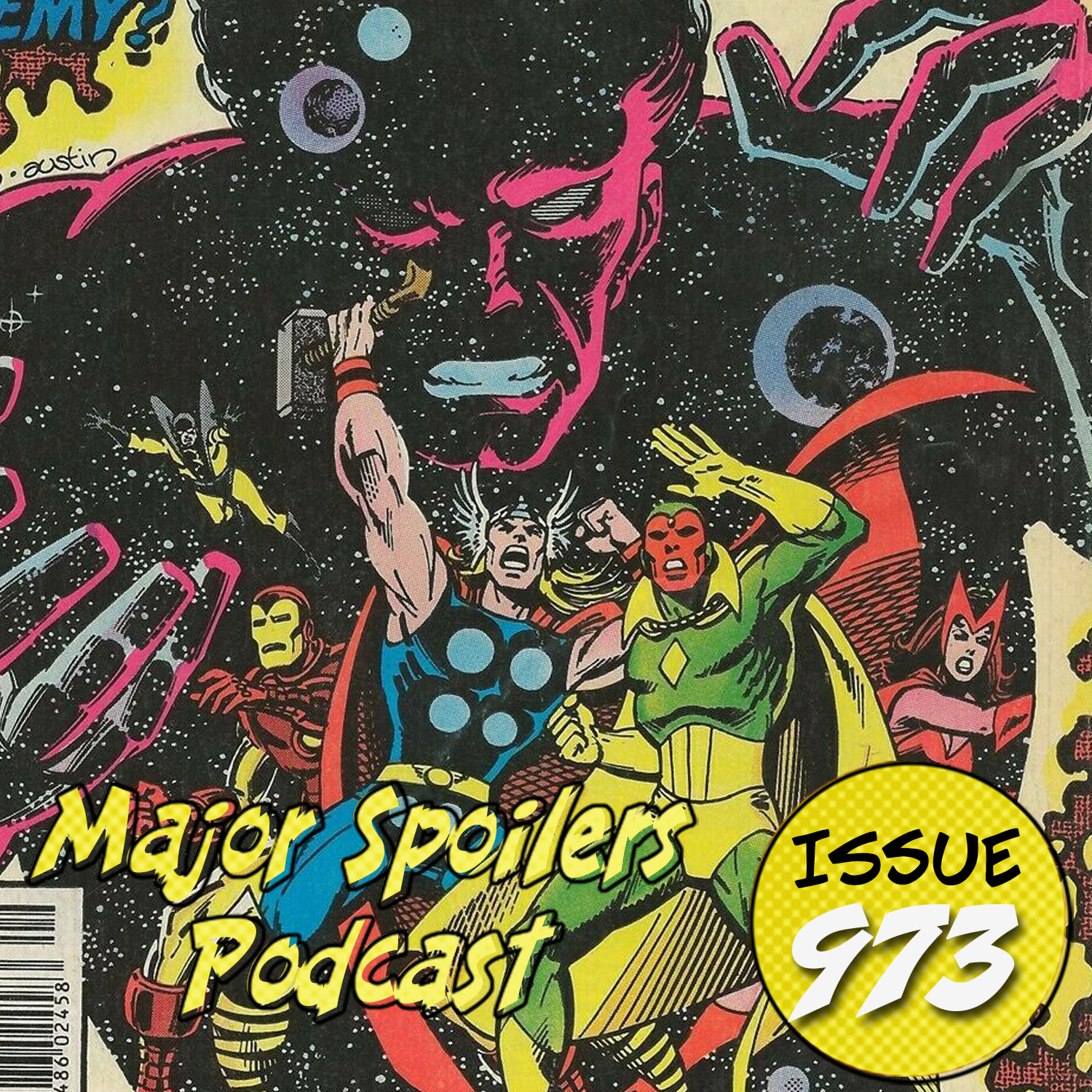 Rand Bellavia is back on this week’s show, and we’re talking about comic books, so someone is going to die in The Korvac Saga (Hint: It is all of the Avengers!). We review The Vampire Slayer #1 from BOOM! Studios, Flashpoint #0 from DC Comics, Season of the Bruja #2 from Oni Press, and Black Hammer Reborn #11 from Dark Horse Comics. Did we mention Korvac is here to kill all Avengers?

There’s a new album!
Lukewarm dropped on April 1st, and you can listen to it exclusively on Bandcamp.

STEPHEN
THE VAMPIRE SLAYER #1
Writer: Sarah Galley
Artist: Michael Shelfer
Publisher: BOOM! Studios
Cover Price: $4.99
Release Date: April 20, 2022
After years of fighting against the forces of evil, Buffy Summers finds herself succumbing to the burden of bearing the Slayer mantle. To help his Slayer, Rupert Giles is willing to risk a return to chaos magic, and with Willow’s help, they attempt a spell to remove the trauma from Buffy’s psyche. The effects backfire though, and leave Buffy unable to remember her past, or her purpose! With Sunnydale under attack, a new Slayer must rise to protect it, while Buffy’s friends race against the clock to restore her true self.

You can purchase this issue via our Amazon affiliate link – https://amzn.to/3KXB6MJ

After sacrificing everything to help the Flash put the universe back together and save Bruce Wayne’s life, Thomas Wayne wakes up in a world he thought was no more. Forced to don the cowl once again, Batman prowls the streets of Gotham searching for answers to how this world still exists, but what he starts to uncover will send him hurtling around the globe. The hunt for the Clockwork Killer starts here!

You can purchase this issue via our Amazon affiliate link – https://amzn.to/3jRTQ4z

RODRIGO
SEASON OF THE BRUJA #2
Writer: Aaron Duran
Artist: Sara Soler
Publisher: Oni Press Inc.
Cover Price: $3.99
Release Date: April 27, 2022
After a disturbing confrontation with an aggressive priest, Althalia Cabrera’s abuela Isadora has collapsed, and Althalia is arrested while trying to protect her. Now the young bruja-for the first time without Isadora’s guidance-must attempt to summon both her innate strength and her years of training in the craft to try to save her family’s beloved matriarch. But it may already be too late to take down the dark forces that seek to strip both of the Cabrera brujas of their power.

You can purchase this issue via our Amazon affiliate link – https://amzn.to/3Mdm1XG

You can purchase this issue via our Amazon affiliate link – https://amzn.to/3MhRw30

AVENGERS: THE KORVAC SAGA
Writer: Roger Stern, Len Wein, Jim Shooter, Bill Mantlo
Artist: George Perez, Sal Buscema, Klaus Janson, David Wenzel
Publisher: Marvel Comics
Release Date: 1991
He hails from an unimaginable era: the 31st century. Fleeing through the timestream from the pursuing team of futuristic defenders known as the Guardians of the Galaxy, Korvac the Machine Man has established a secret presence on present-day Earth in the self-created persona of the mysterious Michael. Through such an unassuming guise, Korvac contemplates the elements of a universe he thirsts to command. Yet despite the subtlety of Michael’s machinations, the world’s greatest super-team — the mighty Avengers — catches wind of his cosmos-conquering scheme, thus drawing the two titanic forces into inevitable conflict.