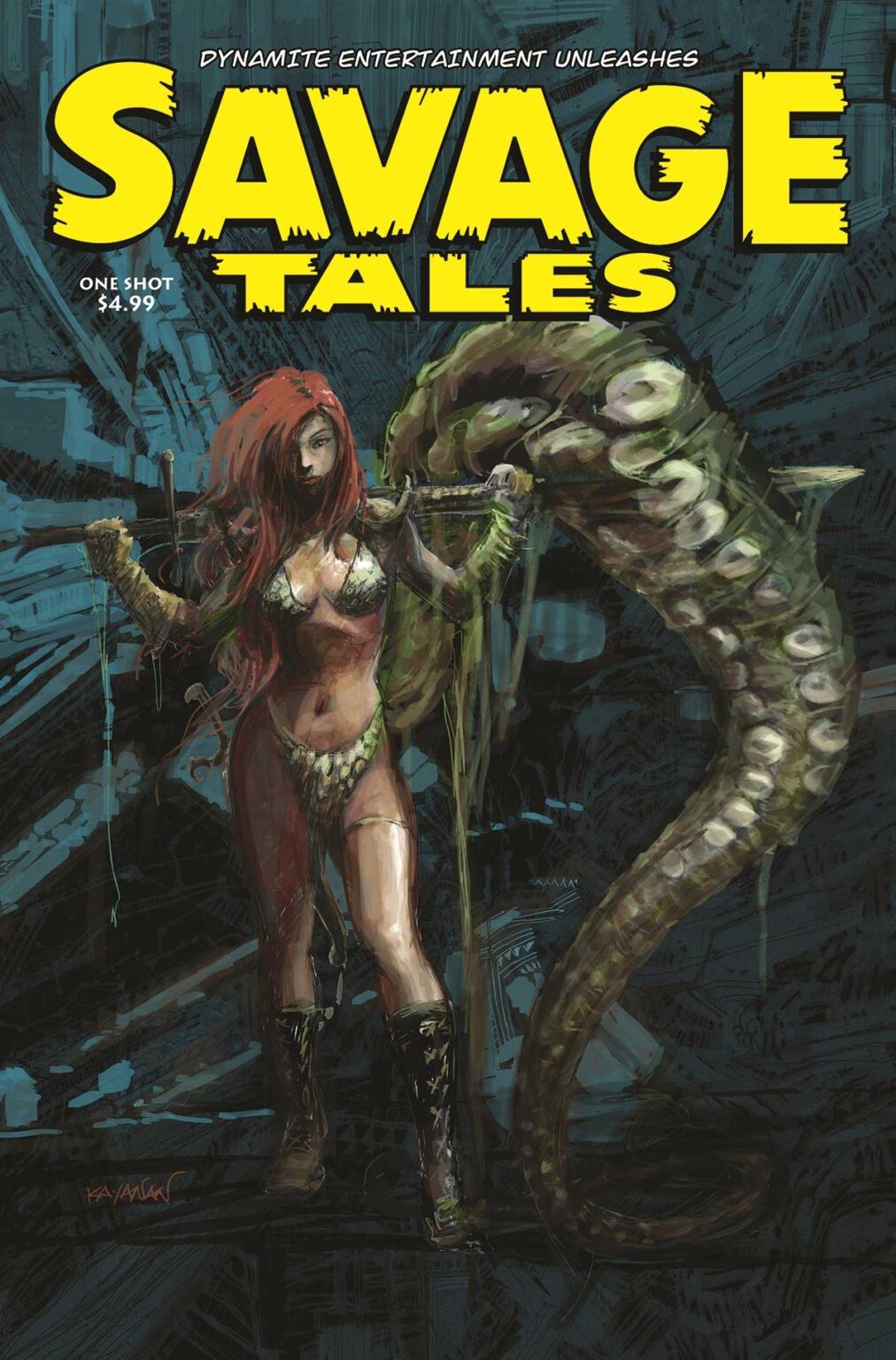 Dynamite Entertainment has tapped a number of up-and-coming creatives from the Kubert School to spin tales of your favorite Dynamite characters in the pages of Savage Tales #1.

Red Sonja’s “The Executioner’s Sword” features the art of Al Barrionuevo (Batman Gotham Knights, Storm), as the She-Devil deals with a horrific mix of magic and swordcraft.

“Missionaries of Madness” starring Alan Quatermain with art by Will Rio pits the legendary hunter against a cult worshipping Cthulhu. Equipped with just a rifle, can Quatermain stand against the dread of the Great Old Ones?

The stories starring Vampirella and Captain Gullivar Jones are drawn by two up and coming artists from the legendary Kubert School. Founded by the innovative Joe Kubert, known for his acclaimed war, superhero, drama, and autobiographical comics, the prestigious institution offers students an unparalled education in cartooning and graphic art.

Captain Gullivar Jones is drawn by Kubie Hamish Cook, in “His War.” Taking place years after his adventure on Mars, Jones finds himself amidst a new darker war that may just lead to his redemption.