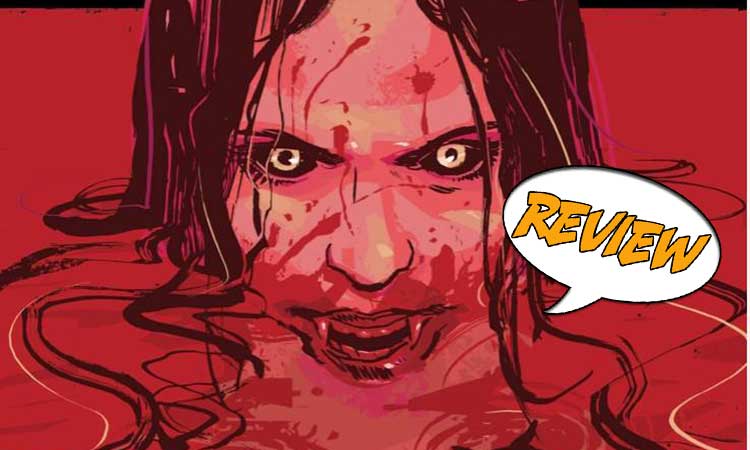 As Philadelphia descends into anarchy, SeeSaw learns about where the Vampires came from. But why is all this chaos taking place here and now? Find out in Killadelphia #21 from Image Comics.

Previously in Killadelphia: SeeSaw is captured by George Washington, another founding immortal who realized there were still flaws with this nation when it was created. He wants to make changes but is not sure where SeeSaw fits into the greater scheme of things. We also get an opportunity to learn more about Tituba, a Witch, and Zubiya and her comrades, who are Werewolves. Zubiya agrees to help the Sangsters, even though there is some debate among her people as to whether they should get involved or not. Washington talks more to SeeSaw and claims he has an offer for him.

Killadelphia #21 opens with SeeSaw considering that he has been lied to all his life. And this doesn’t just mean little lies on the individual level. We all live within the framework of lies we tell ourselves about how society works. The lie is the ideal. Because we are human, we cannot keep the ideal pure. Also, because we are human, we cannot bear to admit it. Many people can continue to live within that imperfection, but others face more of the consequences. Washington tells the story of the cherry tree and introduces SeeSaw to Aelio, the Keeper of Knowledge, who claims to be able to share the truth about how the world came to be.

Jose is out with Zubiya’s people to get vitamins. They go to a looted pharmacy, and it looks hopeless, but Jose was formerly a pharmacist and knows they keep some supplies under lock and key. A group of armed people confronts her, wanting her to show them where things are kept. They will let her have her vitamins if she gives them the other drugs. She tries to keep them from getting into a fight with the Werewolves. The people want pain meds, but they also want Jose to come with them. It turns out they have a couple of others with them, in a van, who have been rescued from a hospital and are in great pain. The city is cordoned off, and they cannot get out, but they want their people not to suffer. This thread reminds us of the present conflict, and it plays out against the history we learn.

As Aelio tells it, Man is not the superior being on this world. That honor belongs to the Eterna, vampires, who are the rightful rulers of the planet. Humans were simply one more creature and food source for them. The Eterna lived in harmony with nature for a long time until they started being killed by sunlight and were driven into the dark. Enough were killed that mankind was able to take advantage of the space they left. They built civilizations, but Aelio notes that this was often at the cost of vast atrocities.

He moves on to talk about how mankind, collectively, has become a threat to the ecosystem, a system that the Eterna also depend on to survive. A turning point came for them when the new nation of America was formed. They approached Washington and made an incredible offer – the selective creation of hybrid creatures – immortals with some tenets of humanity – to devise a strategy to overthrow the world at a future point. So these founding Vampires have indeed been playing the long game!

But why is all of this coming to a head right now?

IS THIS THE FALL OF HUMANITY?

While it is grim to see a snapshot of what daily life has become in Killadelphia #21, it helps us to remember that this is a city that has been under siege for some time. Jose is remarkably calm. But then she alone knows that her companions are more than a match for any random group of looters. The looters she runs into are all armed. These people may just want pain meds, but they are under no illusions about the dangers on the street. Tensions explode before they calm down again. There is no normal in this world. But there is an astounding panel when the Werewolves reveal their true forms.

We’ve seen how bits and pieces of the story continue to unfold. It covers a lot of ground, and the art does the heavy lifting by capturing series of pivotal moments. We understand the almost idyllic past. The transition from harmonious life to becoming vulnerable to the sun is a parallel of the story of the Fall of Man, although with no clear cause. The montage of the relentless rise of mankind through atrocity and plunder is shown powerfully over a mere two pages. It is a complete rewriting of American history that has been masterfully set up throughout the series so that when we see it, it feels like things are making sense.

Killadelphia #21 certainly does not disappoint and continues to surprise. The plot is huge and fascinating, but it continues to resonate with our world today.

A plan hundreds of years in the making, and SeeSaw is an unanticipated variable in it.