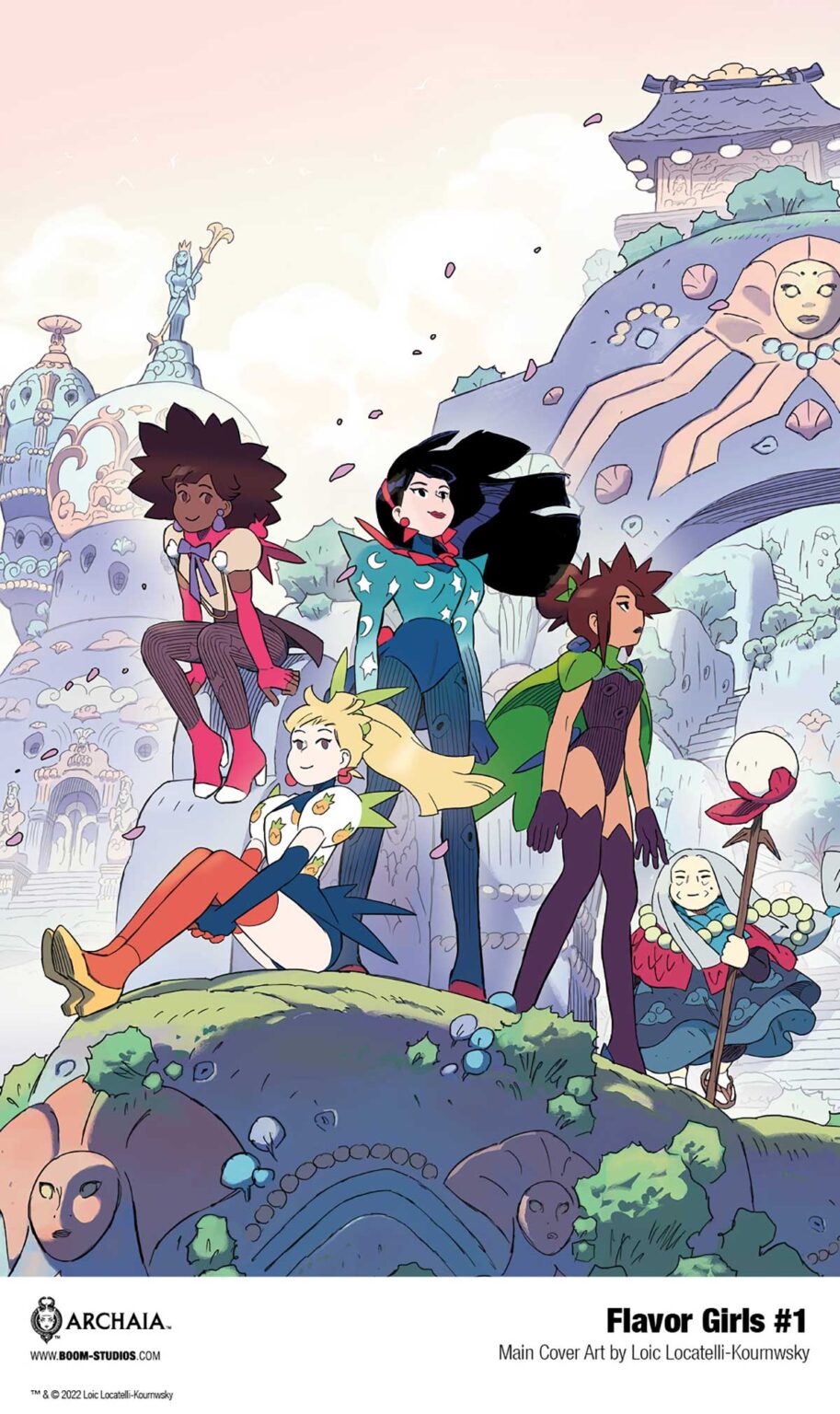 BOOM! Studios announced Flavor Girls, a new series from Loïc Locatelli-Kournwsky, about a young woman who joins a group of magical heroes.

Naoko, Camille, and V are the Dragonfruit, Pomegranate, and Artichoke FLAVOR GIRLS, Sacred Fruit Guardians of Earth! They defend the Mother Tree—the source of their power—from the threat of ever-looming aliens, who landed twelve years ago and whose motives regarding the planet are yet unknown…

Sara’s a young woman studying to become an international peacekeeper until one day she gets caught up in an alien attack. In the midst of battle, she is chosen by the Mother Tree as the newest FLAVOR GIRL with a sacred duty to defend the Earth and all its inhabitants. There’s just one problem… she’s never fought an alien in her life and she has no clue what she’s doing. Can she figure out her powers and her place on the team in time to help save the world?

“FLAVOR GIRLS started as a few characters I imagined years ago but over time they’ve evolved into an entire world full of superheroes, aliens, adventure, and magic,” said Locatelli-Kournwsky in a press release from BOOM! Studios. “I’m very proud to invite you all into this world where heroes come from the most unexpected places and the Earth is the most precious resource we have in the fight against a global threat!”