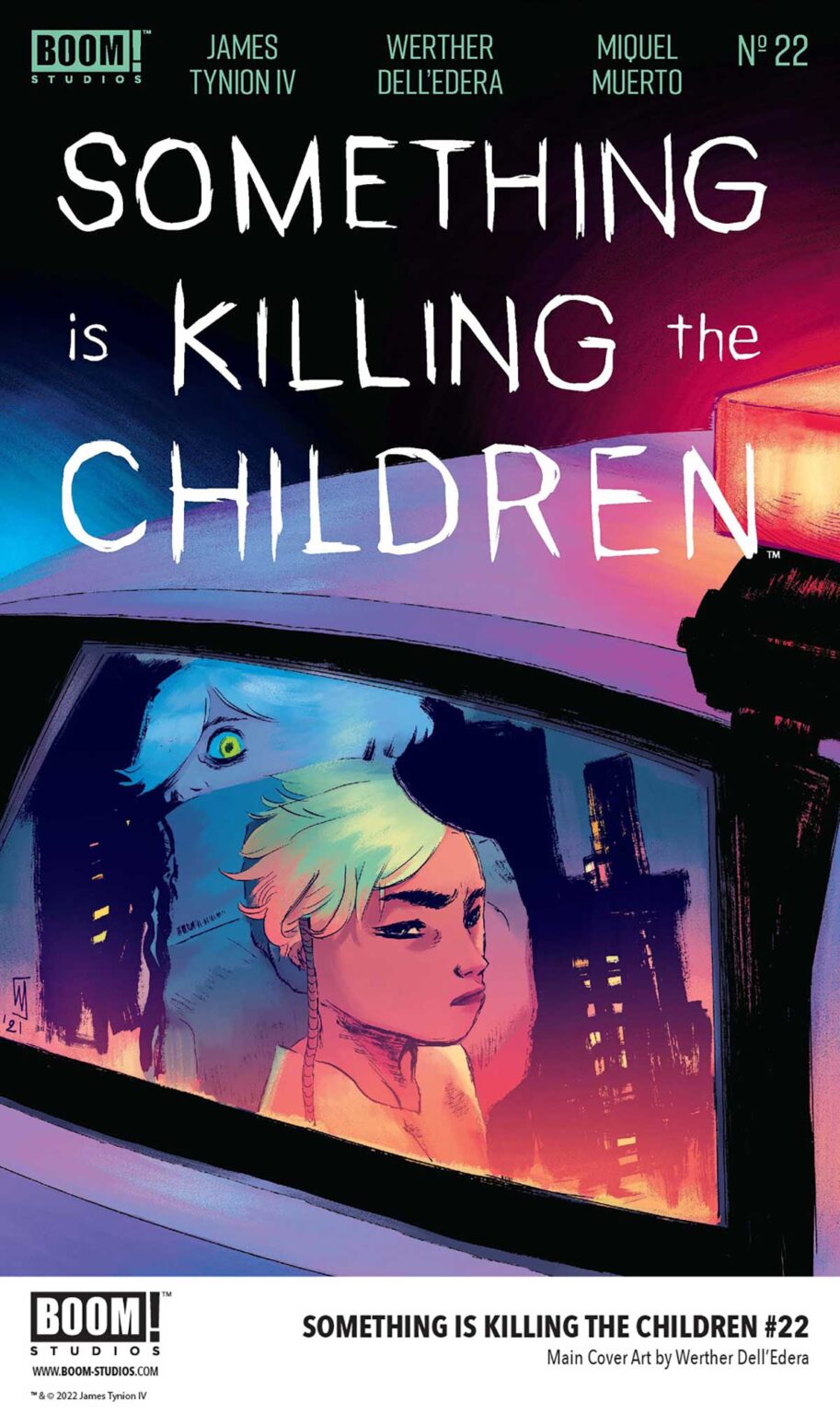 FIRST LOOK: Something is Killing the Children #22

Outside London, the shadowy figure on Erica’s trail relays information to their enigmatic superior about the rogue agent in the House of Slaughter. Meanwhile, a town finds itself in the clutches of an elusive serial killer, and the only living witness to the crimes is a frightened child. Erica investigates the grisly scene of the most recent murder, ignorant of the hostile forces drawing in around her…