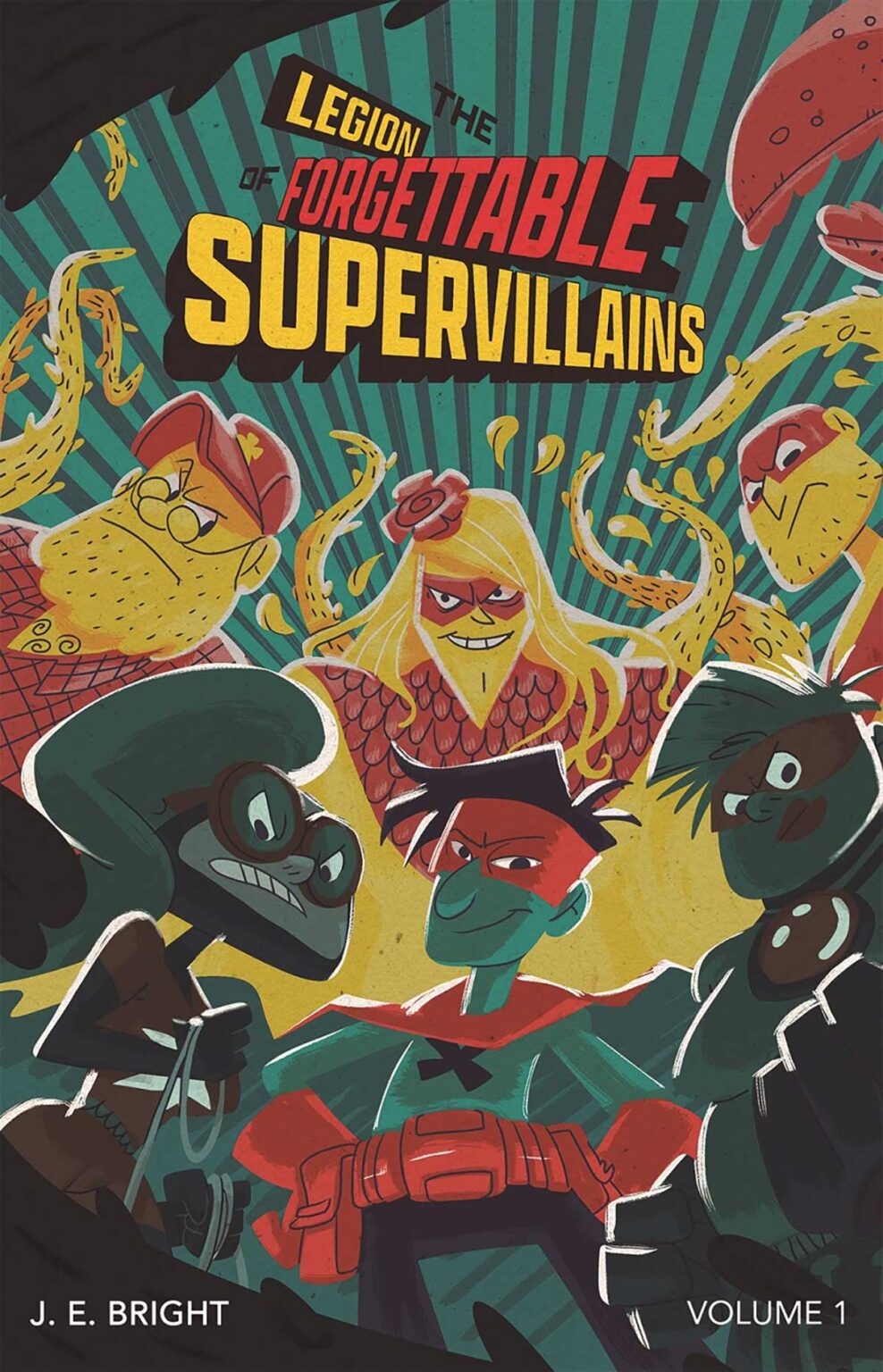 Here is the description of the book from Dynamite Entertainment: Young Ben Mondo comes from a legacy of super-heroics in Saga City, passed down by his grandfather, the awesome Mr. Infinite. Though today, his identity of Robust Boy is constantly being outshone by the snobby Sir Superior, who gets all the attention, admiration, and friends. Ben finds solace in hanging out with other reject heroes, but has always wanted more.

Everything for him changes when one day he stumbles right into a bank heist. As the robbers escape, they toss Ben a bag of loot. In the chaos, he drops it and flees, but a photographer at the scene of the crime catches him with a blurry snap. When the picture goes viral, Ben is suddenly known as an infamous mystery villain! Is there much of a difference between fame and infamy?

Together with his fellow rejects, Ben creates the Forgettable Supervillains Society. They dedicate their newfound identities to mayhem, fortune, and fame – but they will soon learn that perhaps their attempts at villainy may save the day after all!

The Legion of Forgettable Supervillains arrives in June 2022.