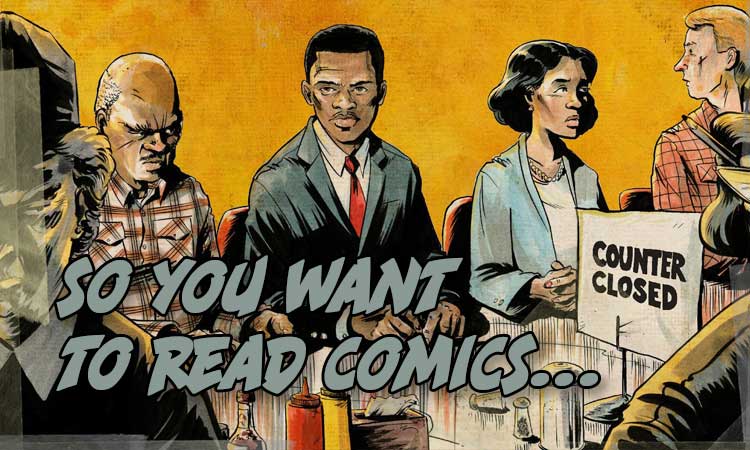 So You Want To Read Comics: Award Winner Edition

There’s no room for second place in this week’s “So You Want To Read Comics”.  This is our weekly feature where we take a look at a single topic or genre, then give you a pair of recommendations, perfect for new readers, based on that topic or genre.  This week, we’re taking a look at some notable comic book award-winners.

It might come as a surprise to some, that the medium most associated with brightly costumed people settling their differences with violence, hasn’t always been taken seriously. For a long time, comic books were considered something designed for children, and to be fair, this was somewhat true.  But as the years went on, comics have become more sophisticated, complex, and challenging.  This has led to the outside world recognizing the contributions of graphic novels to the literary world by awarding such prizes as The Hugo Award, The Pulitzer Prize, and  The Caldecott Medal, while also developing their own awards to celebrate sequential art specifically, The Eisner.

There have been many comic book series and graphic novels that have won awards that have been featured here for other topics, so for this week, the recommendations will focus on books that haven’t been used before.

Jimmy Corrigan is one of those graphic novels that routinely appears on “best of” lists, but it itself is somewhat difficult to encapsulate.  This graphic novel tells the story of Jimmy, who is a somewhat uninspiring normal guy, who probably spends too much time in his own fantasies, which are depicted as instruction manuals and diagrams.  Along the way he gets a chance to meet his father for the first time. Intercut with his story, is the tale of his grandfather and his relationship with his father.  As you might imagine, this book is very much about relationships between sons and fathers, but is also about forging an identity for oneself and making dreams real.  This graphic novel won an American Book Award,  an Eisner Award, A Harvey Award, and The Guardian First Book Award, among others.

March is the graphic adaptation of the life of John Lewis, the influential civil rights activist who went on to be a long serving member of the U.S. Congress.  Of course, this is far too simple of an explanation, but that’s where the graphic novel comes in.  While going in-depth into the struggles, hardships, and victories of John Lewis, this book also sheds light on parts of The Civil Rights Movement that isn’t always taught in public schools, so much so that it has been included in multiple college reading programs.  This story is told over three volumes, each one having been awarded multiple times, making this series one of the most celebrated ever.  Among its many awards include: The Robert F. Kennedy Book Award, The Coretta Scott King Book Award, an Eisner Award, and a National Book Award.

What do you feel about awards for comics?  What are some of your favorite recipients? Let us know in the comments section below.