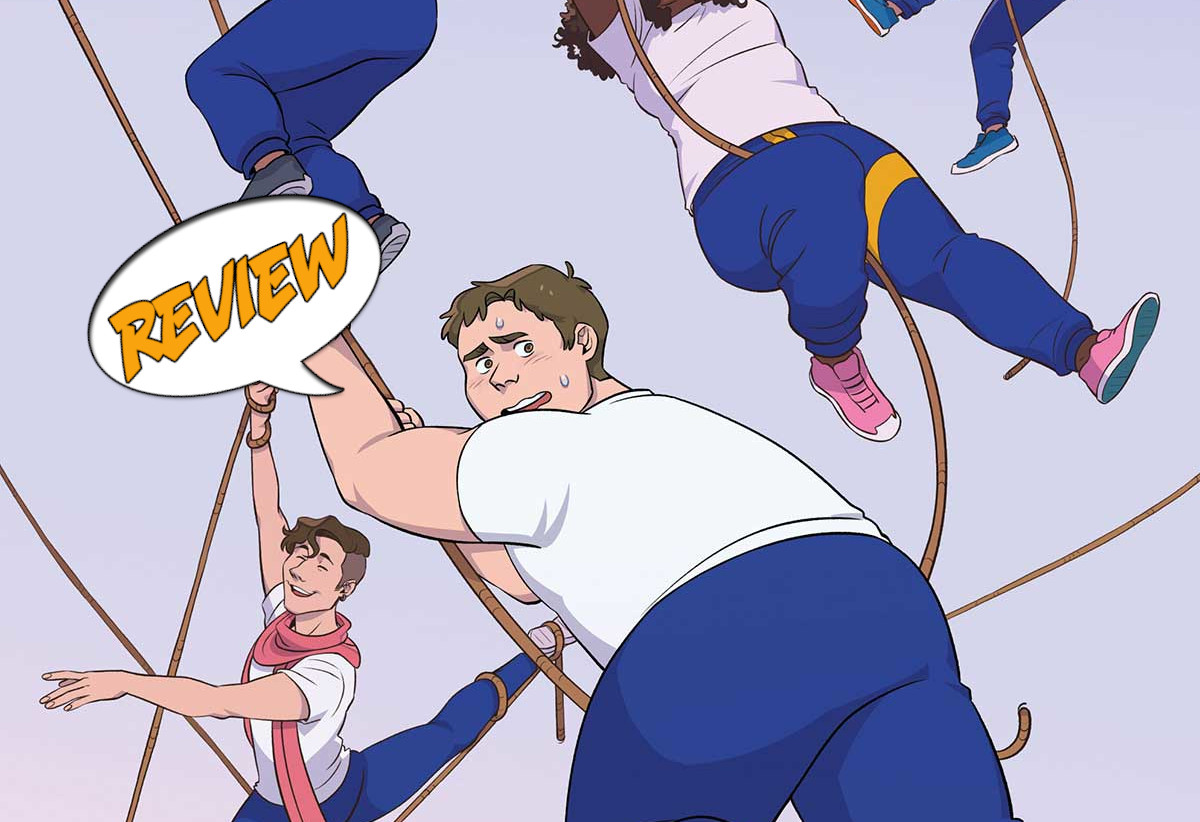 Welcome to Aster Academy for Arts and Sports, where Dominic suddenly becomes co-captain of his tug-of-war team! Find out if he is up for the task in Love and War #1, a comiXology Original!

Previously in Love and War: Come check out a new comic featuring protagonist Dominic, nicknamed Domo, as he manages a new school year at Aster Academy!

Love and War #1 starts with Domo waiting for Gabriel but finds his friend Nessa. Last year, Domo and Gabriel shared a brief kiss after getting 2nd place in the tug-of-war state championships. But Dominic hasn’t seen him since. Arriving at school, they show up to tug-of-war practice, where they find out that Gabe isn’t coming back this year. He was supposed to be captain, but Domo and Jocasta will be co-captains until one can prove they deserve the position. Jocasta proves to be competitive and is upset by the whole ordeal.

Domo is distracted by the fact that Gabriel changed schools but is brought out of his thoughts when he has to show Emil Vargas around the school. Emil is an attractive ballet dancer, and Domo immediately takes notice. As Domo shows him around, they look at their rival school, Kingdom College, and he realizes that Gabe has changed schools! And on top of that, Kingdom College beat them last year in the state championship!

I am not sure what I was expecting when I picked up Love and War #1 as I picked it up blind. But I am pleasantly surprised by how good this comic is. This is a classic love story but has a couple of twists. The jocks of the school are the tug-of-war team that features people of different shapes and sizes. It is a team where men and women can compete equally. And on top of that, an excellent queer love triangle is developing here that is well written and respectable. I am happy that we show different kinds of protagonists and stories in comics.

The art has a cheery feel to it that matches the light-hearted tone. Despite that, the emotion coming on people’s faces seems authentic, which is challenging to do. Great work here.

I don’t follow many comiXology series, but I was pleasantly surprised by Love and War #1. This story is one to look out for in the coming months. 4 out of 5 stars for this title.

Love and War #1 is a solid story that immediately attaches you to the protagonist.