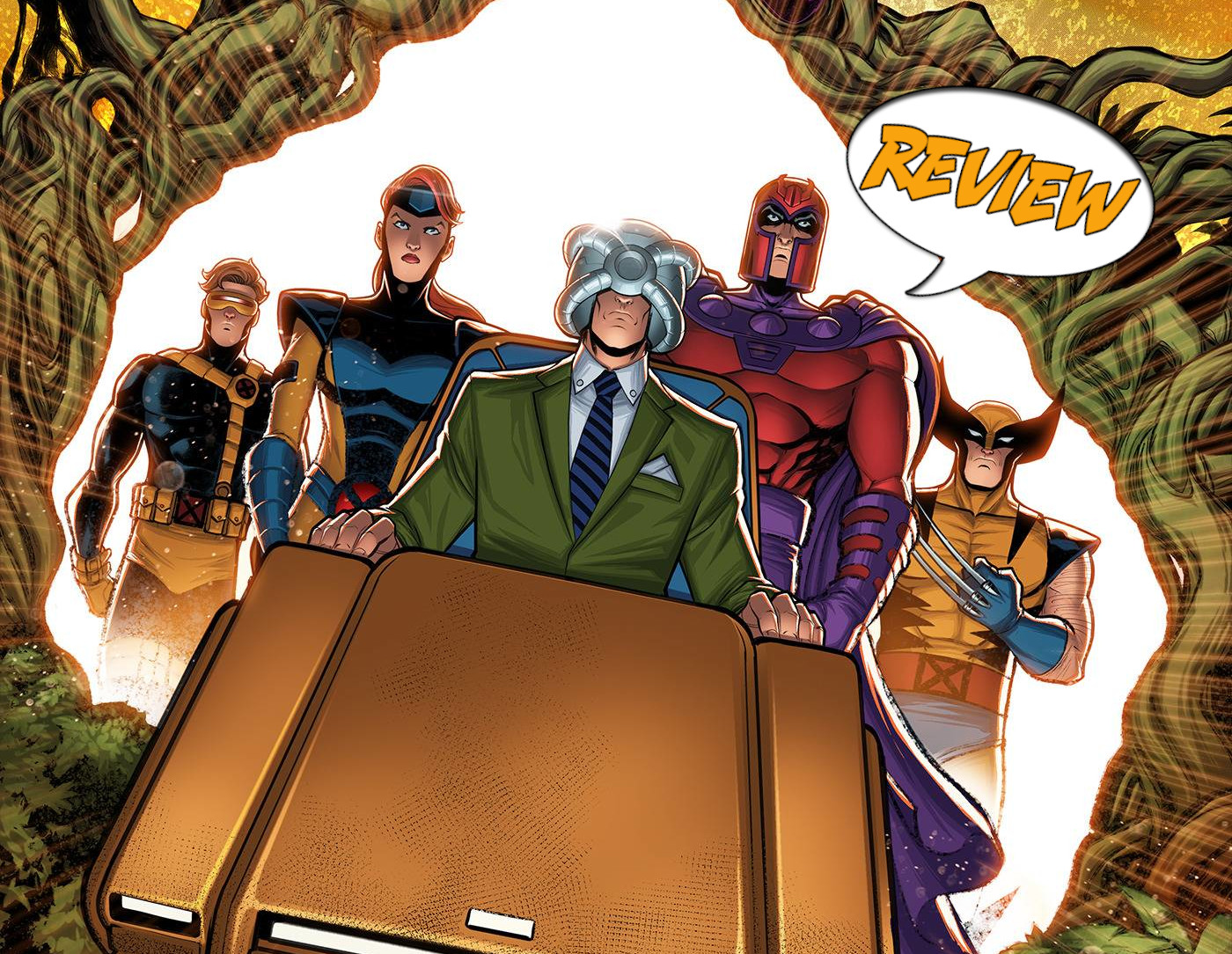 What if the 1990s X-Men team were the ones who founded the mutant nation of Krakoa? Find out what weird storylines will come up with as they fight the Sentinel program in X-Men ’92 #1 by Marvel Comics!

Previously in X-Men ’92: The ’90s X-Men are back with modern storylines. What would happen if that older team tackles the Krakoan Age? Find out here!

X-Men ’92 #1 starts with the X-Men attacking the Master Mold Satellite. The team seems to rage as heroes like Storm, Rogue, and Wolverine unleash their full powers on the sentinel robots. Jean Grey and Cyclops try to lead the team, but Jean’s psychic connection is having a hard time connecting to Beast on the Blackbird. To make matters worse, Gambit accidentally blows a hole on the ship’s side. At the same time, Wolverine tries to get to Trask before he can send the Sentinel information to Orchis. Unfortunately, he doesn’t get there in time, and Magneto jumps in to destroy the base and the X-Men.

On earth, Psylocke is acting as a diplomat to representatives of other countries when they are suddenly attacked. Psylocke calls the X-Force to help while assuring them that the “evil” mutants deserve amnesty. Meanwhile, a new Five has mastered resurrection and brought back the X-Men team. Magneto and Charles Xavier discuss the situation while returning to Jubilee, who has taken the role of modern-day Moira MacTaggert.

BRING BACK THE GOLD CHAIR

I picked up this comic because the 90s X-Men team was the team I grew up reading. Between those 90s runs and the cartoon, I fell in love with superheroes and their stories. But I struggled with X-Men 92′ #1. Some of the art looked a little goofy, and we are trying to mix 90s themes with modern-day themes. I wonder if my opinion of 90s X-Men was tinted with rose-colored glasses. For me, the best part of this comic was the return to the older costumes and the iconic hoverchair that Professor X had.

The interest of this story is combining the iconic Sentinel storylines with the new Krakoan Age. Can you combine two different ideas and create a story? I think you can, but it will take care and effort. And this series hasn’t quite convinced me that it will be able to do so quite yet. Regardless, I think any reader will have fun being nostalgic for this new run.

BOTTOM LINE: MAY HAVE MISSED THE MARK

I’m afraid that X-Men ’92: House of XCII #1 has missed the mark. It has the potential to be an excellent idea that hasn’t seen its final form quite yet. 3 out of 5 for this one, but I’ll certainly be picking up the next issue.

X-Men '92 #1 is an excellent idea on paper but didn't live up to its potential.