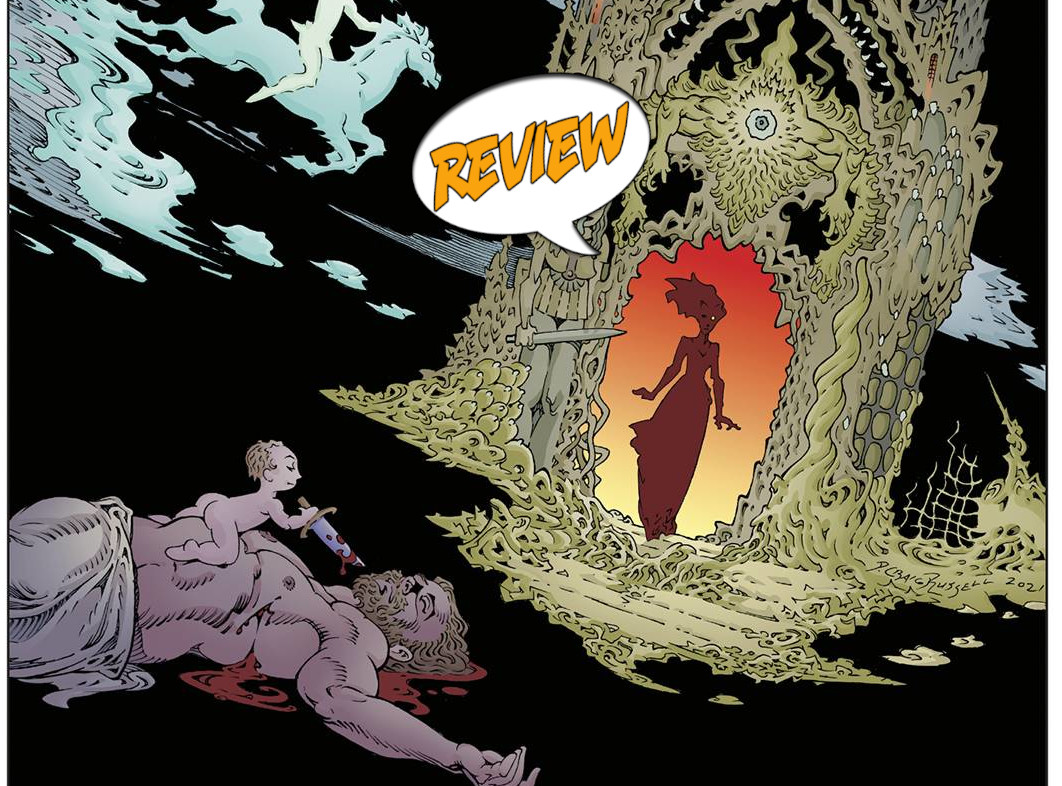 Come check out “The Death of Balder” and the journey of Hermod to the underworld in Norse Mythology III #3 by Dark Horse Comics!

Previously in Norse Mythology: Norse Mythology is a book written by Neil Gaiman to provide new interpretations of the old Norse myths and legends. Now, P. Craig Russel has taken that book and written a script for this comic! Check out the story about the death of the beautiful Balder and a quest to bring him back to the living.

Norse Mythology III #3 begins with a competition of who can hurt Balder. Hod, deceived by Loki, throws a dart made of mistletoe and accidentally kills Balder. The world is outraged, especially Thor, who kills a dwarf named Lit and Balder’s funeral. Hermod, with the stallion Sleipnir, decided to travel to Hel to bring back Balder. As he arrives, he sees a rather happy Balder eating and drinking merrily. Hermod pleads with Hela to let Balder return, and Hela agrees on one condition. Hermod must ask the gods, giants, dwarves, elves, animals, plants, and even the rocks if they weep. If every creature does, Balder can return to the land of the living.

Meanwhile, Odin had another child named Vali. When Vali was one day old, he got revenge for Balder by killing Hod. The gods moved to see who wept for Balder. Everyone and everything did except for a giant. Assuming the quest failed, the gods cried for Balder until they realized that this giantess may have been Loki in disguise. Thor thus led a hunting party to search for his brother.

First, Norse Mythology III #3 has solid art. The art style in this series is generally effortless. But I was impressed by how much detail was placed in this simple style. Looking at the Gates of Hel was quite a unique sight worthy of staring at.

But let us get to my biggest question. Why did the creative team make Balder look happy to be dead? From a story perspective, they must be foreshadowing something here. From a personal perspective, I was annoyed that Hemrod didn’t address this. I get that this is a story reason and probably accurate to the original source material. But watching Balder having a wonderful time in death and seeing everyone ignore that was frustrating. I know this story is light-hearted and designed not to be taken seriously. There is also a theme of how people deal with grief. Thor chose violence while most of the world decided to weep. Thor’s anger and the murder of Lit will probably come back to haunt these gods soon.

Norse Mythology III #3 had many solid elements, but some of the themes put a damper on my experience.