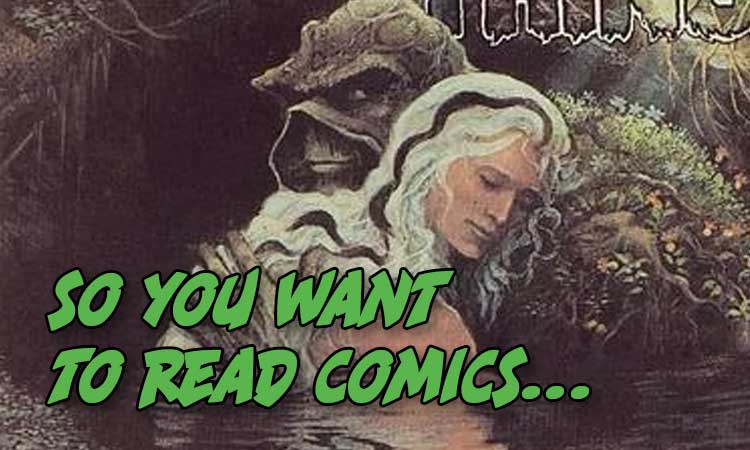 So You Want To Read Comics: Spring Edition

Get ready to smell the May flowers with this week’s “So You Want to Read Comics”.  This is our weekly feature where we take a look at a single topic or genre, then recommend two comic books, perfect for new readers, based on that topic or genre.  This week we’re taking a look at a couple of comics perfect for Spring.

Throughout history and across the world, the time of the year when nature begins to emerge from its cold dormant state has held varying degrees of significance and meaning.  In every corner of the globe, Spring is celebrated in unique and diverse ways. From the festival of Holi, which celebrates the arrival of spring as well as many significant events in Hindu folklore by smearing colored powders on participants, to Walpurgis Night, where people in Sweden celebrate spring by lighting large bonfires.  Spring is often considered the time of rebirth, not only in nature but personally as well and it’s often attributed with fertility in many long-lasting traditions. This is all to say that Spring is a significant time of year for many people, and sometimes it’s just nice to see those qualities that people enjoy, depicted on a page.

So, here are a couple of comics that capture the joys and significance of Spring.

It’s not often that a single issue of a comic book series is recommended in this feature. But it’s pretty hard to pass this one up considering the topic. Aptly titled “Rites of Spring”, this is a comic that changes up the formula on what a typical comic book issue is.  There’s no villain, no fighting, and no real adventure.  Instead, what we get is a story where The Swamp Thing’s friend Abby has come to the titular character to confess her feelings for him.  What follows is essentially a psychedelic, mind-bending sequence where the pair ingest a psychotropic fruit and “consummate” their relationship.  While this may sound strange, it’s more about the connection of human to nature and it utilizes the concept of spring to symbolize a newfound love growing out of despair.   If you’re interested in more of this title, this story appears in Saga of Swamp Thing: Book Two

With a name like Springtime in Chernobyl, you wouldn’t be blamed for thinking that this wasn’t exactly an uplifting celebration of life.  But, that’s actually the same mistake that the creator of this book had.  This is a memoir of an artist who had come to Chernobyl to capture what he felt would be a looming dread.  Instead, he finds all these examples of ways that life continues, sometimes in shockingly beautiful ways, regardless of the effects of the most notorious nuclear fallout event in history. Not to say that it’s all lovely here, included throughout this are actual stories of people who were affected by this event.  This helps create a juxtaposition between the way that those who’ve experienced this have gone through life and the way that there is still hope via the response that nature has.

What are some of your favorite springtime reads? What do you think of these recommendations? Let us know in the comments section below.