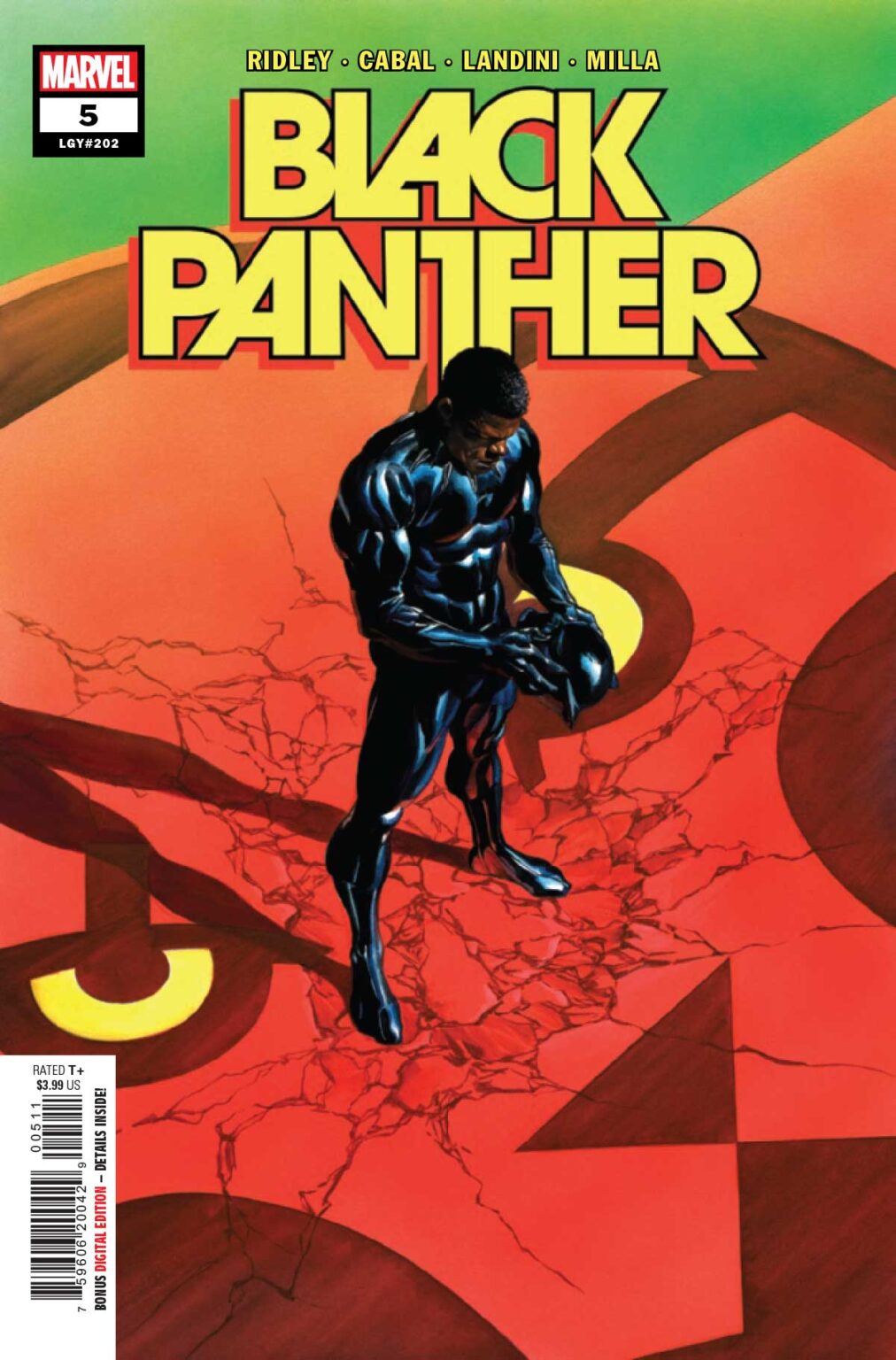 BLACK PANTHER #5
JOHN RIDLEY (W) • JUANN CABAL (A) • Cover by ALEX ROSS
Variant Cover by GREG LAND
T’Challa believes he’s found the traitor in his ranks, but is his paranoia getting the best of him? As the investigation shines a dangerously bright light on the Black Panther’s sleeper agent program, will his secrets turn Wakanda – and his fellow Avengers – against him for good? Plus, more on Tosin, the exciting new hero of Wakanda!
32 PGS./Rated T+ …$3.99