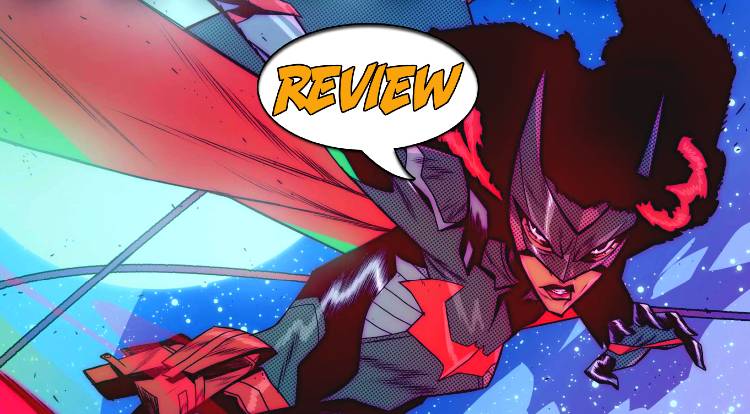 Straight from The CW, Ryan Wilder brings her batarangs to comic books, and YOU ARE THERE! Your Major Spoilers review of Earth-Prime: Batwoman #1 from DC Comics awaits!

Previously in Earth-Prime: Batwoman: Ryan Wilder has been running herself ragged trying to contain the new villains popping up around Gotham City. But when Clayface’s mud binds itself to a local high schooler, Batwoman will need help from an unexpected source in order to contain this muddy foe! Also, follow how Luke Fox balances his life as a superhero and a boyfriend!

IN THE MIDDLE OF SEASON 4

In the middle of a crisis (not THAT Crisis) involving her friend/employer/sorta sister Mary, Ryan Wilder is forced to deal with another mess, as a teenager is somehow infected with Clayface’s powers, the result of being exposed to mud left in the former Batcave. Given that her half-brother Marquis has taken over Wayne Industries and forced Batwoman out into the cold, she’s at a loss to figure out how to combat the new villain, until help arrives from National City. Lena Luthor not only understands the need to punch evil, but the problem of growing up with a power-mad villainous half-sibling, and they work together to find the cure: A serum made from the blood of Mister Freeze. Of course, to get that, Ryan has to negotiate with her evil mother, Jada Jet, giving her the upper hand when Clayface returns. Of course, even Supergirl’s best pal couldn’t have predicted that an unseen foe would teleport the villain out of his jail cell for reasons unknown…

First off, this issue starts with THE MOST convoluted editor’s note I’ve ever seen, explaining where the issue falls in Batwoman’s continuity. It’s a bit of a roadblock, followed up with a fast-paced story that clearly presumes that readers are going to be fully up to speed on Ryan’s life. When Lena arrives, we get a little bit of exposition from Luke/Batwing, but it’s a very quick moment that doesn’t actually explain quite everything you’ll need to know to understand this issue. I like the script for this issue, especially the dialogue, but in trying to replicate television, we end up with a lot more talky-talky than seems strictly necessary. Clayton Henry’s art is likewise focused on giving us an experience like the show, which makes for some inventive storytelling moments. It also makes the action sequences and super-villain moments feel really out of place, as they’re very much your regular comic stuff.

BOTTOM LINE: NOT FOR EVERYONE, BUT NOT BAD

The biggest problem for me with Earth-Prime: Batwoman #1 is its high bar for necessary previous knowledge, but it’s still mostly successful as a single-issue story, with better than average art and an okay villain debut making for a decent start to the miniseries, earning 3 out of 5 stars overall. Fans of the show will likely find it easier to get into, but given a general lack of Batwoman in comics lately, this issue could appeal to her fans, left out in the cold.

I'm not a regular Batwoman viewer, which makes for some comprehension issues, but it's a good looking comic that does a good job of feeling like a CW show.