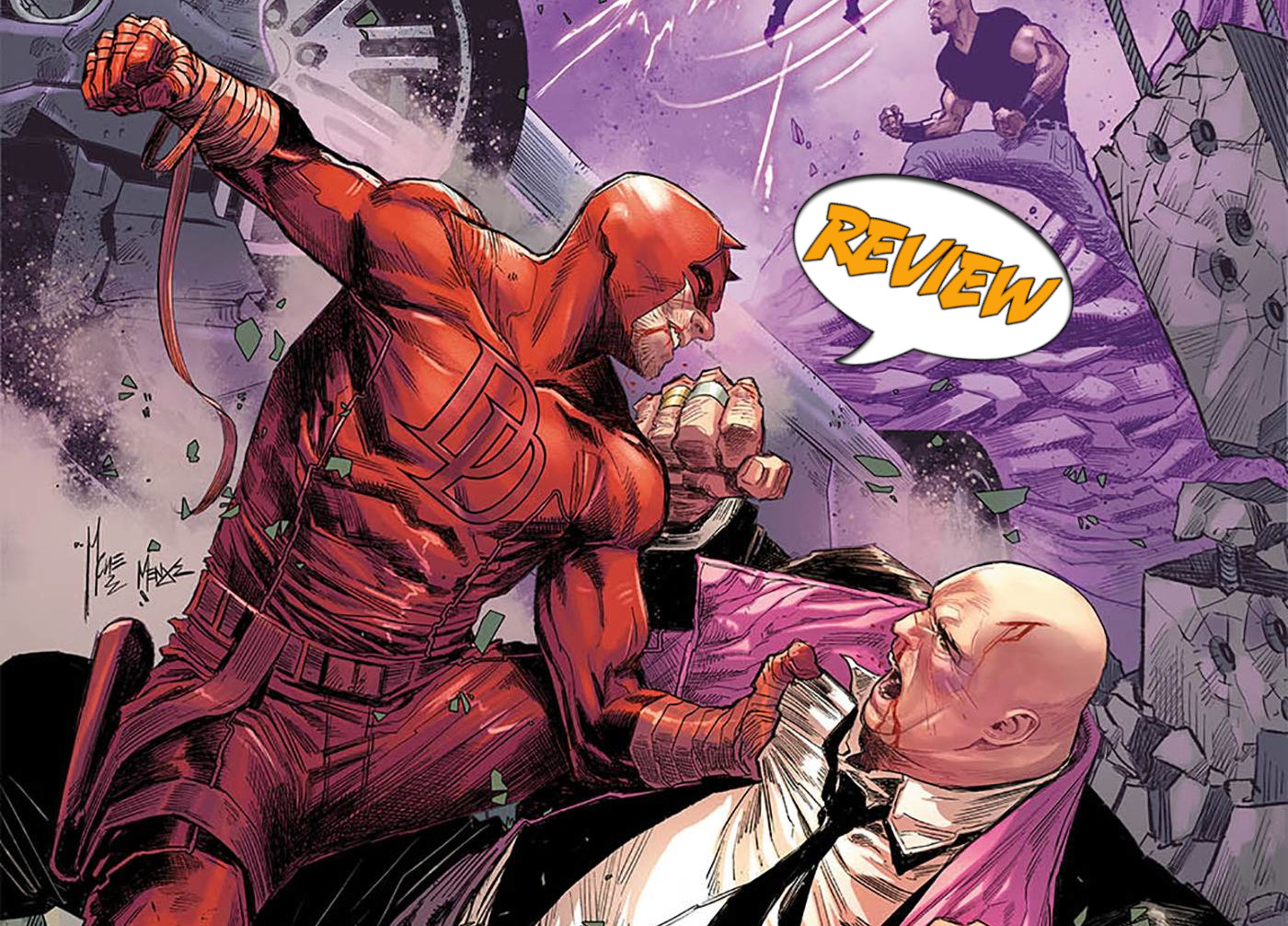 Mayor Fisk’s war on superheroes comes to a thrilling conclusion! Will Daredevil and the heroes of New York survive the Superior Four and a mind-controlled mob? Find out in Devil’s Reign #6 by Marvel Comics!

Previously in Devil’s Reign: Mayor Wilson Fisk waged war against Daredevil and other heroes. He brought in the Thunderbolts led by U.S. Agent to prohibit superheroism. On top of that, he stole the Purple Man’s power to manipulate the masses to vote in the next election. However, Fisk suddenly realizes that he can use the Purple Man’s ability to make him remember Daredevil’s identity. Fisk’s vendetta has him hyper-focused on this man with the Thunderbolts to tear the city apart, looking for heroes. Fisk eventually finds Mile, Matt’s brother, buying their favorite goods and flying him out suddenly.

Devil’s Reign #6 shows the battle between the Thunderbolts and the heroes of New York when Daredevil suddenly gets a call. Wilson Fisk killed his brother Mike. He leaves the fight against the Superior Four and Thunderbolts to his fellow hero while he goes and searches for Fisk. Meanwhile, one of the Purple Man’s kids, Joseph, searches for his siblings and father. He finds his father and tries to use his power to control him. He fails, and the Purple Man tells Luke Cage to kill him. Luckily, Luke Cage resists the effect and supports Joseph in defeating his father.

Daredevil and Elektra find and fight Wilson Fisk and his wife, Mary. Unfortunately, Daredevil is angry and becomes sloppy. Daredevil picks up Fisk’s staff and destroys the crystal, freeing everyone from the Purple Man’s control. Daredevil must then decide to kill Fisk but ultimately lets him live.

As an epilogue, Wilson Fisk is taken to the Stromyn, trying to strike a deal with Fisk. Instead, Fisk chooses violence and wreaks havoc. Fisk then hopes on a boat with Mary for greener pastures. Daredevil also submits his decision to join Electra to create the Fist to defeat the Hand.

WHAT A WILD RIDE

I’m impressed by Devil’s Reign #6. This series has had its ups and downs for me, but I really enjoyed what they have done with Fisk overall. Fisk is such a compelling character in this issue because he uses every resource he has to kill Daredevil. He does this while also loving and supporting his wife. And then, perhaps in a stroke of brilliance, Fisk walks away from this life. Now I’m sure he will come back one day, but for now, it felt like a solid boy around the top ending.

I really want to see what Mayor Luke Cage will be like. He initially ran to make sure that Fisk didn’t get reelected. Now that he doesn’t have an opponent, will he take that responsibility? From a narrative standpoint, Mayor Cage is an excellent place for the character. But I think it would make more sense for Cage to participate in material things but isn’t expressed emotionally until late in the process. But that is just one man’s opinion, and I haven’t been following Cage in recent years. Regardless, Devil’s Reign #6 is a delightful read to study and read.

The conclusion of Devil’s Reign #6 was great and engaging. While it doesn’t have super original story beats, it still grips our attention because Fisk is aggressive. In a way, we want him to win, and that is how you know you have solid writing. Great work, and I will give this comic a solid 4.5 out of 5 stars.

Devil's Reign #6 cements the partnership of Elektra and television in a super engaging way.