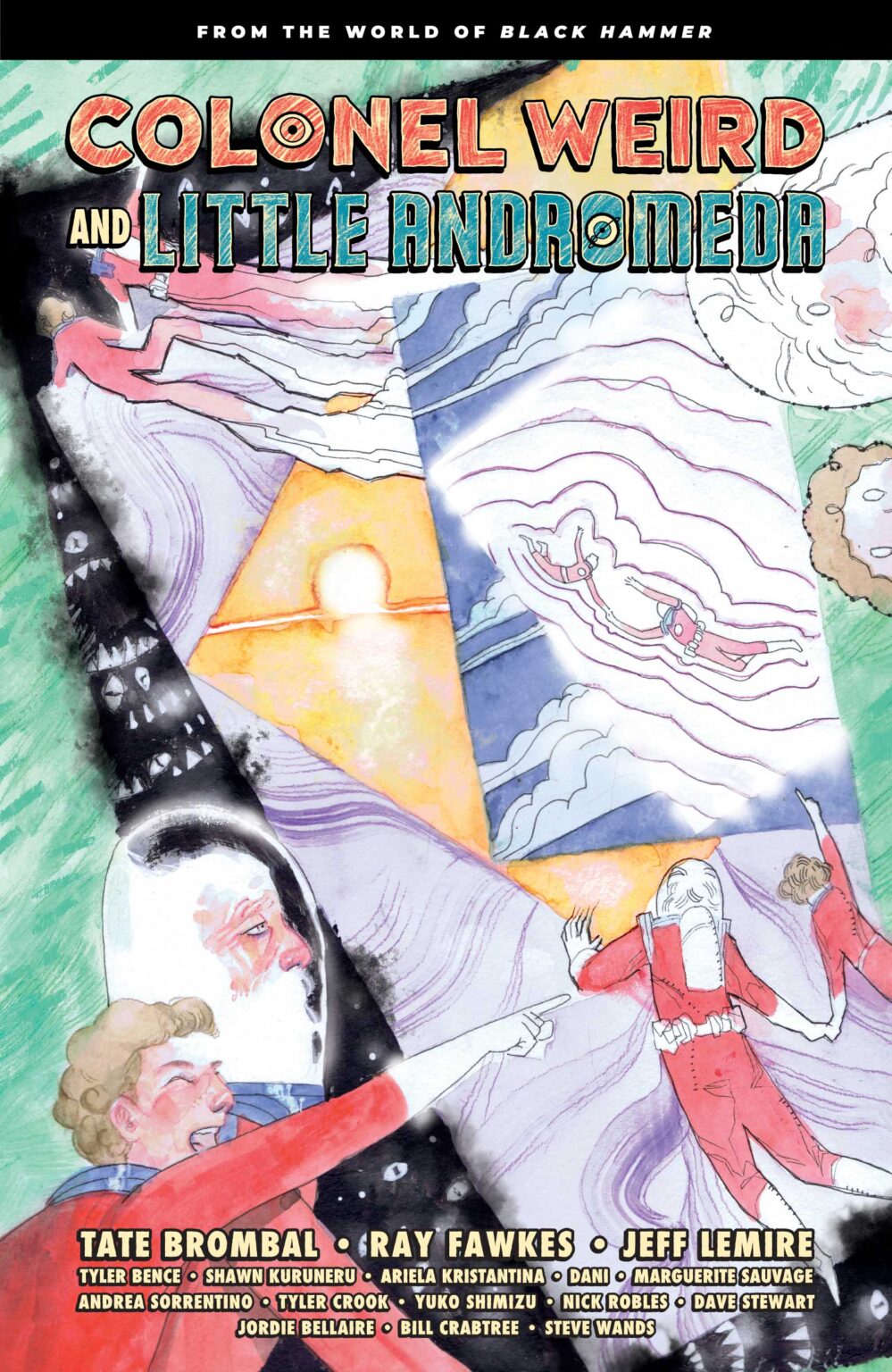 It all goes down on Jeff Lemire’s Substack account, where Colonel Weird and Little Andromeda will begin releasing on a weekly basis.

“Colonel Weird continues to take on a life of his own as both a fan favourite and my own personal favourite Black Hammer character” says Jeff Lemire. “It’s a wonderful, strange dream come true to see so many talented artists interpreting the Colonel, and Tate and Ray have done a great job anchoring the whole thing and building a surprising new chapter that fans will love.”

Writer Tate Brombal says “I feel like the luckiest guy on the planet to be welcomed back into the Black Hammer universe! And this time nothing is off-limits, as we take this unlikely duo across worlds and genres in a project that could only be possible in this format. It’s truly a dream come true for a writer to work with so many artists of this caliber. And from the beginning, Colonel Weird and Little Andromeda was designed to be the best possible canvas for our artists to cut loose and showcase their art form. So, strap in for a breathtaking, formative tale that is integral to who Colonel Weird and Doctor Andromeda become. Fans of Black Hammer and the comics medium will NOT want to miss out on this!”

Space-faring adventurer Colonel Weird sets forth on a journey to save his superhero colleagues from their rural purgatory by entering the Para-Zone only to find himself paired with the much much younger Doctor Andromeda on a series of fantastical adventures through assorted worlds and dimensions! You can catch the weekly adventures on Lemire’s Substack, but if you would rather wait for a physical copy, Dark Horse Comics will release later.