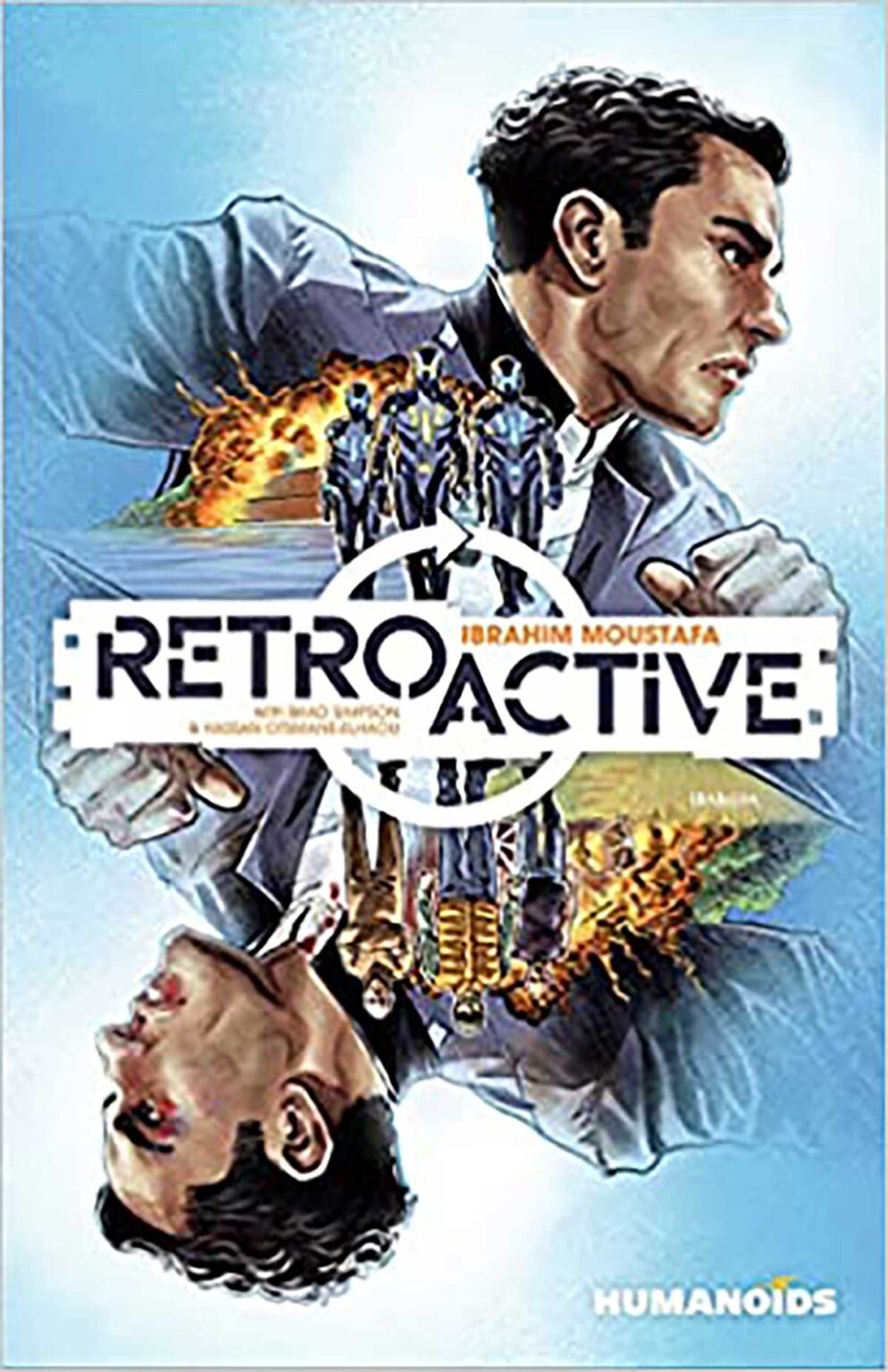 In Retroactive, the discovery of time travel is unknown to the general public, but a new Cold War rages between global intelligence agencies as they attempt to alter historical events in favor of their respective futures. When new intel points the U.S. Bureau of Temporal Affairs (BTA) toward a hostile anomaly in the past, veteran field agent Tarik Abdelnasser and his new partner, Lucia Olmos, are dispatched to investigate. They discover a radical adversary wielding a new technology that could unravel everything the BTA fights to maintain. As Tarik gets closer to the truth, he finds himself trapped in a time loop where an imminent terrorist attack, and his own death, trigger the day to restart. He must keep his sanity intact and find a way to prevent the attack, escape the loop, and return to his own timeline to thwart the destruction of the BTA and everyone inside of it.

“I’m so thrilled to bring another book to life with Humanoids,” said Ibrahim Moustafa in a press release. “They’ve given me the creative autonomy to tell the kinds of stories that I’m most passionate about, and I’m very excited to share this work that the rest of the creative team and I are so proud of. Brad Simpson (colors) and Hassan Otsmane-Elhaou (letters) are at their very best on Retroactive, and I can’t wait for people to see what we made together under the stewardship of Rob Levin, one of the best editors in the industry.”