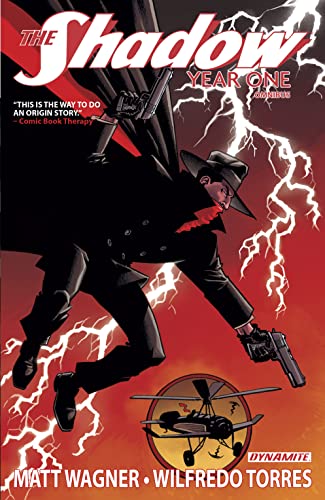 So You Want To Read Comics: Pulp Magazine Edition

Don’t mind a little ink on your fingers with this week’s “So You Want To Read Comics”.  This is our weekly feature where we take a look at a single topic or genre and then give you two comic book recommendations, perfect for new readers, based on that topic or genre.  This week we’re taking a look at comics for fans of pulp magazines.

Believe it or not, comic books were not the first when it came to relatively cheap ways to consume genre fiction.  For a long time, there were what were referred to as pulp magazines.  These were often anthologies of science fiction, fantasy, romance, western, adventure, or horror stories printed on cheap rough paper made from wood pulp (that’s where it gets its name from in case you’re wondering). These were often considered cheap entertainment designed for escapism and thrills. But, they were incredibly popular from as early as the mid-1800s up through the 1950s when comics, TV, and paperback novels pushed them out.  Now, it was partially comic books’ doing that led to the decline in popularity of these magazines, but that doesn’t mean that those collections didn’t have a major impact on entertainment.  In fact, many of the characters that had their start in those pulp magazines went on to have adaptations in film, TV, novels, and of course comics.

There are few duos as prolific and successful in the comic book world as Ed Brubaker and Sean Phillips.  From their works in crime fiction, to horror, and here in their love letter to the pulp magazine, these two always put out quality.  This graphic novel focuses on a pulp fiction writer who finds himself caught up in a plot that’s similar to the sort of things he gets paid to write. With it being set at the onset of WWII It also acts as a think piece on what it’s like to create tales of violence and adventure in a world that can seem like one big pulp magazine tale.  There’s also serious consideration given to the type of people these stories turned into heroes and whether they should have or not. This is a graphic novel that is packed with twists and is completely unpredictable while also never losing its focus on the subject of pulp fiction and those who create it.

The Shadow: Year One

As mentioned above, a lot of the heroes and villains from the glory days of pulp magazines found success in other mediums.  Characters like Conan the Barbarian, Doc Savage, John Carter, and Buck Rogers all have seen their tales on other mediums.  But if there’s one that has seen his stories translated to comic books more than most others, it’s The Shadow.  The Shadow has appeared in hundreds of comic books over the years, he has met Batman, entered The Twilight Zone, was even a robot for a minute.  But he originally got his start in pulp magazines, and this re-imagining of his origins really tries to capture that spirit of two fisted justice, no compromises on morality, and pure popcorn action, but manages to not cross over into mindless territory.  Very few characters epitomize the era of pulp magazine fiction like The Shadow, and this graphic novel is a good reminder of that.

What are some of your favorite pulp fiction heroes? What do you think about these recommendations? Let us know in the comment section below.