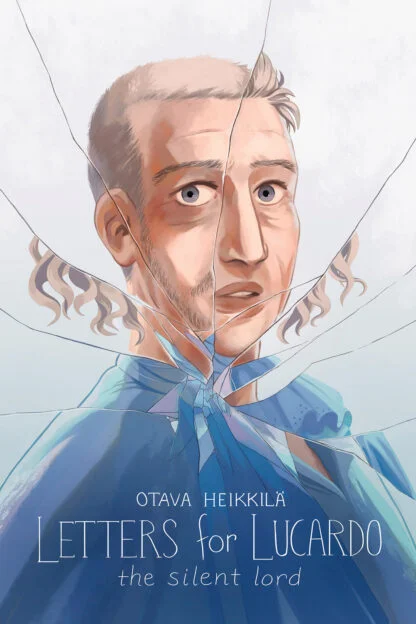 Letters for Lucardo: The Silent Lord now being crowdfunded by Iron Circus Comics

Crowdfunding pioneer Spike Trotman and Iron Circus Comics are helming their second-ever independent crowdfunding campaign for LETTERS FOR LUCARDO: THE SILENT LORD, the third installment in the groundbreaking and popular LGBTQ erotica horror series from Otava Heikkilä. In this highly anticipated third installment of the erotically charged graphic novel series, the story takes a dark and foreboding turn as aristocratic vampire Lucardo turns his terminally ill human lover Ed Fiedler over to the god of all vampires in a last-ditch effort to help him escape death. Combining elements of gothic horror, period romance, and ageless human questions about mortality and love, the stunning and expressive THE SILENT LORD will keep you rooting for its heroes long after turning the last page.

“The SIlent Lord, and Letters for Lucardo as a whole, is an absolute masterpiece,” says Iron Circus Publisher Spike Trotman. “Not just as erotica, but as visual storytelling. I consider it one of Iron Circus’ best contributions to the comics landscape.” When the vampire Lucardo, a royal member of the Court of Night, fell in love with a 61-year-old mortal named Edmund Fiedler, their passion grew legendary before Lucardo’s practical father intervened. After a furious search, Lucardo finally reunited with his aging lover only to find him terminally ill with Shifter’s Lung, filling his chest with blood and drowning him from the inside. But fiery Lucardo is having none of it; in a panic he goes against Ed’s wishes, turning him over to the progenitor and god of his kind, the dreaded Silent Lord, in a last-ditch effort to help Ed escape death. Will Ed embrace this dark gift, living forever with his beloved? And what will it mean, surrendering himself to this uncaring, malevolent force that lives for nothing but tormenting those that call it “father?”

“Letters for Lucardo is about love and natural desires in a supernatural setting, but it’s also about queer coming-of-age experiences that may happen later in life, all the rebirths and shedding of old skins we go through as our identity and life circumstances evolve,” said Otava Heikkilä. “The story is tender, but through it courses an unbroken link of generational trauma, as each member of the Night Court family attempts to find relief, empowerment, or control over their irreversible blood-oath to a cruel god-patriarch.”

A crowdfunding early adopter, Iron Circus Comics pioneered the now widely-adopted bonus model in which creators share in the stretch goal profits. This incentive model completely reshaped the pay system of the small press, jump-starting the current renaissance of alt-comics anthologies. Iron Circus was also the first comics publisher of note to fully incorporate crowdfunding into its business model, inventing one of the single most effective uses of new media in comics publishing today. They recently launched their very first independent campaign for THE POORCRAFT COOKBOOK, which received over 700% funding, and have returned for a second success with the tender and gripping LETTERS FOR LUCARDO: THE SILENT LORD.