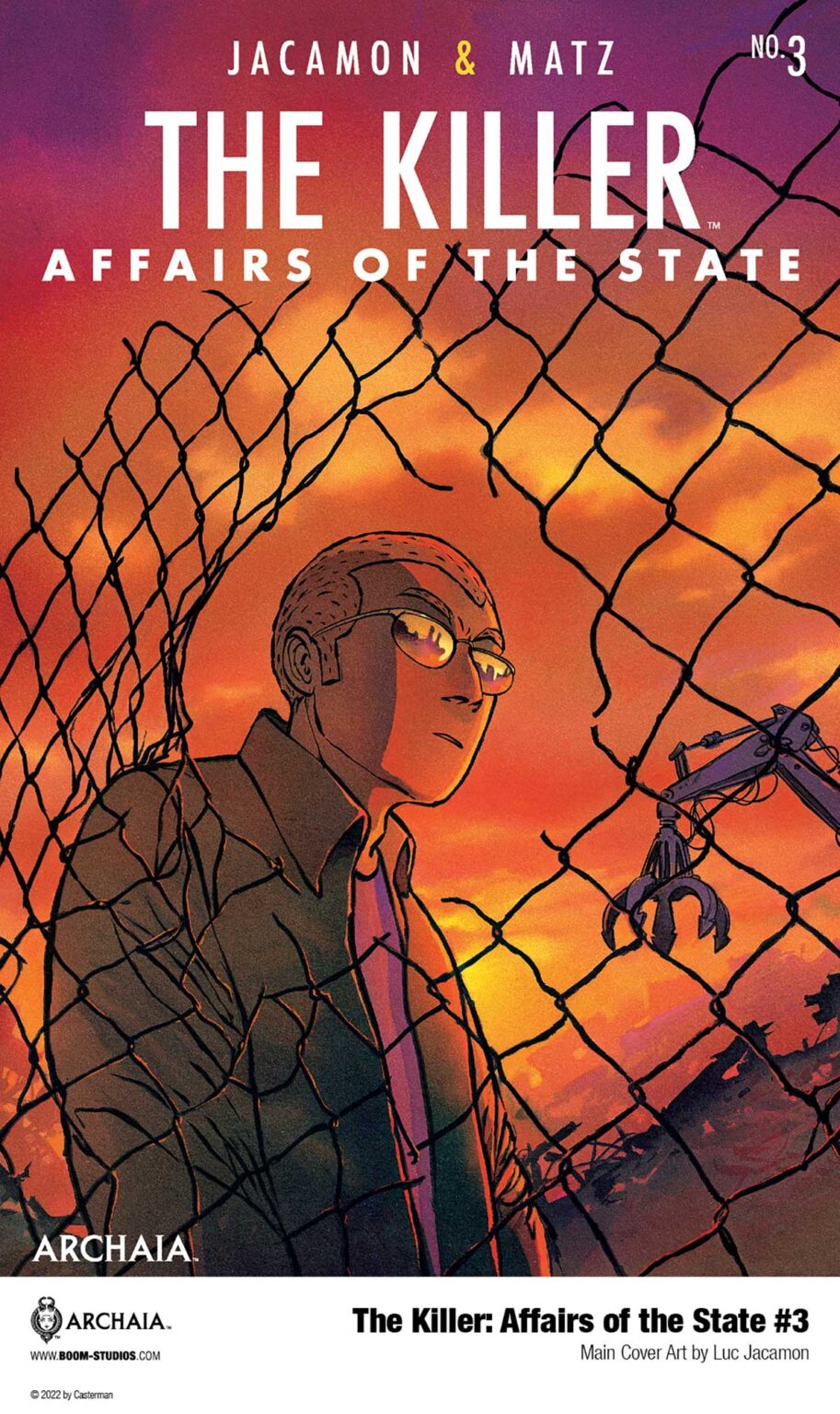 FIRST LOOK: The Killer Affairs of the State #3

BOOM! Studios released an early look at The Killer Affairs of the State #3 by artist Luc Jacamon and writer Matz.

The game has changed… A key player has been knocked off of the board for good, and the Killer finds himself in the midst of an escalating crisis. The Killer’s handler within the French government tasks him with tracking down the source of illegal guns fueling local gang wars… one with dangerous ties to a hotshot political figure.