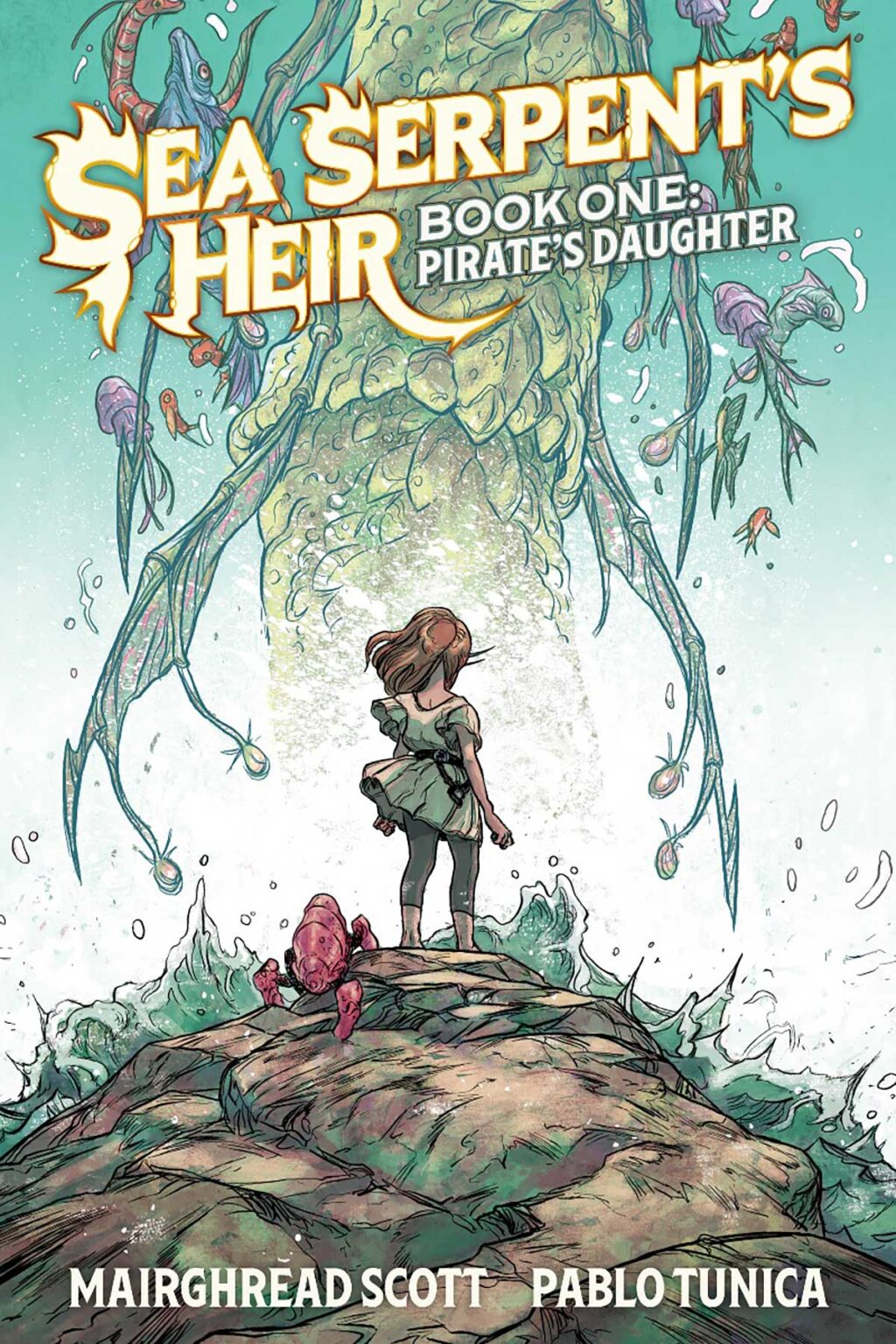 Skybound Comet, the YA and Middle Grade imprint of Skybound Comics, sent us an early look at Sea Serpent’s Heir Book One: Pirate’s Daughter by Mairghread Scott and Pablo Tunica.

What if you were destined to destroy the world? For Aella, life on Kinamen Isle is one of boredom. Spending her days fishing and minding her aunts, she dreams of life beyond the horizon.

Everything changes, however, when she awakens an ancient evil within herself as it’s revealed that she’s the reincarnation of Xir, the serpent that almost destroyed the world. Worse yet, a fanatical religious organization has arrived on Kinamen Isle in search of Xir.

As Aella is forced to fight for her life, she’ll discover that her entire world is not what it seems. Her aunts know more than they let on, and what exactly does the infamous Pirate Queen want with Aella?