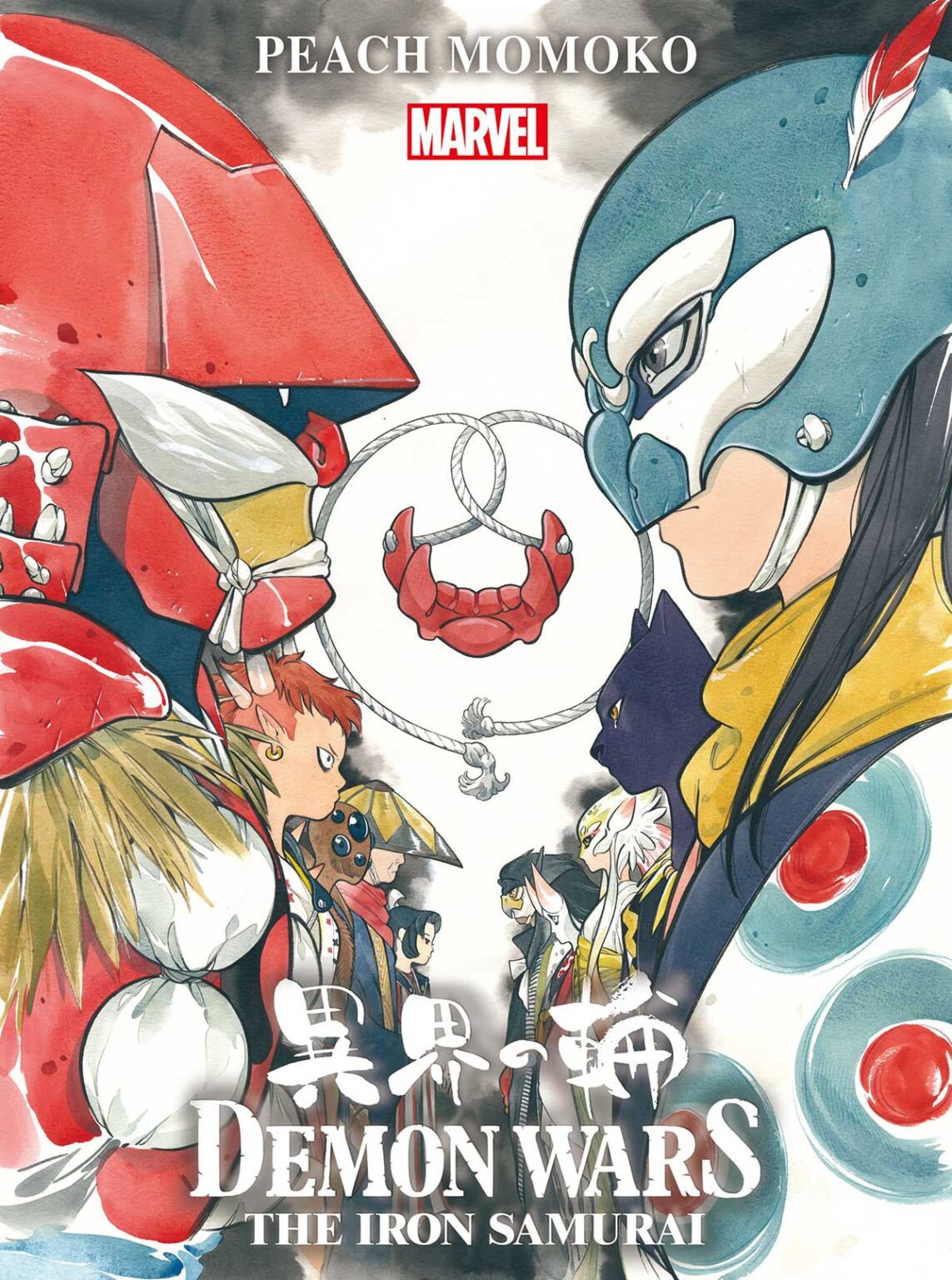 Peach Momoko is ready to put another spin on Marvel characters with the upcoming Demon Wars: The Iron Samurai.

The four-issue mini-series serves as a sequel to Demon Day, as Momoko once again takes Marvel Comics characters and puts them in traditional Japanese folklore. In Iron Samurai, Momoko takes on Civil War.

Peach Momoko returns with another saga filled with wondrous creatures: sentient samurai armor, a winged individual in a falcon mask, a mysterious panther person and a red, snakelike monster with a deadly appetite. When Mariko Yashida finds herself in the middle of a war between these creatures, will she be forced to choose a side?

“I am very happy to expand the series and get to show more of the love that I have for Japanese folklore and the way it inspires me with new stories told through my Momoko-verse lens,” Momoko said in a press release from Marvel Comics. “I am also very excited to redesign even more characters because I love character designing! It is an honor to tell my version of the classic Marvel Comics event, Civil War. My story and characters are already so different from the main Marvel Universe designs and this series will give fans a chance to see even more fun layers and different takes on Marvel storytelling. “