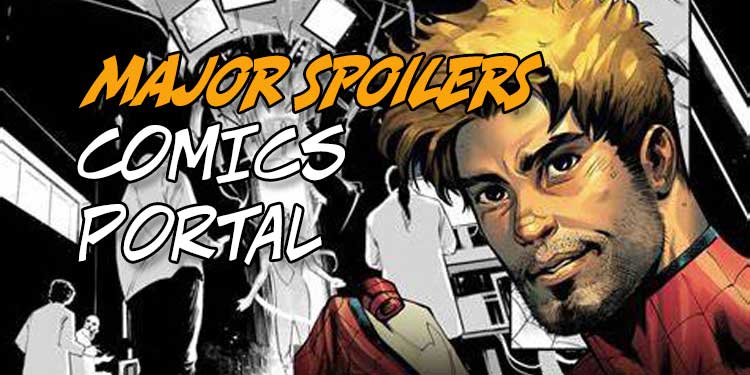 Not very long ago, I rejoiced when I found out one of my favorite Marvel characters was coming back—and even getting his own mini-series! That was Ben Reilly, known to many as the “Spider-Clone.” He is the result of a baddie cloning Peter Parker, the “one, true” Spidey in order to gain an advantage over him.

For a while, Ben, who took on the name of his Uncle Ben to honor his memory, really thought he was Spidey, and set out to set up a whole ‘nuther Web-Slinger while Peter was off the stage.

Of course, absolutely nothing in comics is permanent (unless it’s already established continuity), so Ben crumbled before our very eyes, and he vacated the Spidey-suit so Peter could once again become the hero. Ben was in sort of a purgatory for a long time until recently when Peter was once again unable to be Spider-Man for a brief time.

Instead of a supernatural force slugging Ben across the face, this time it is the Beyond Corporation. The result is going to still be the same, though—Ben is a villain once more!

Word has come out in the comics press that Ben is going to morph into a bad buy named “Chasm” because he feels something in him is missing.

Now, if Ben only read the comics, he’d know that he’s no longer got the memory of Peter that is the foundation for his personality—the loss of Uncle Ben making him aware that “with great power comes great responsibility.” Apparently, without that, it drives Ben Reilly mad and turns him into a Spidey archenemy.

If this is the best Marvel can come up with, why not just leave Ben alone? One of the things that differentiates Marvel characters from their “Distinguished Competition” is tragedy being an endless writing element. It’s why I prefer the Other Guy’s characters.

For instance, Ben Grimm is forever locked into his stone self. It would be easy enough to give him the ability to transform into The Thing whenever he wants to, but that would remove the tragedy from the character.

Tony Stark has had to face an alcohol addiction. I could go on and on, but you get the idea. These folks, even though they have superpowers or extra-normal abilities or situations, they can’t have it TOO good!

Granted, the Other Guy’s characters have had their own share of tragedy. Bruce Wayne’s parents were killed in an alley. Clark Kent’s whole world blew up. Barry Allen was washed in chemicals that gave him super speed, but I’m sure that hurt like crazy!

The difference is, though, that those events were stepping stones to who they have become. Yes, Batman has had his share of terrible things happening, like Alfred dying recently (I bet he’ll be back sometime soon, though). But they continue to move forward without as nearly as much tragedy as the House of Ideas inflicts on their guys and gals.

I’ve had some of my Marvel friends tell me that the tragedies in those heroes’ lives makes them feel better about their own existences. “Hey, it could be worse!” they like to point out! One of the ideas that also rules in Marvel is what I call the “Highlander Principle.” You know, “there can be only one!”

If there is more than one, those other versions have it MUCH WORSE than the initial hero.

For example, Jane Foster had a deadly disease that was held back as long as she was the Female Thor. (Don’t worry, though—she’ll be back soon!)

We’ve seen this happen to Ben Reilly in the past. And it must be time for reruns because we’re seeing it happen again! Can’t we see something different happen?

It’s interesting to me that the Other Guys now have not one, but TWO Batmen in their ranks (not to mention all the other members of the Bat-family). I guess it’s a good thing that they “Marvelized” Batman #2 by moving him to New York City. Of course, we’ll be able to tell when the Batman Bubble bursts because that Batman will disappear from the comics stands. I have often pointed out that I like the lower-tier characters in Marvel, and that includes the Black Knight, Sunfire, and Stingray. Among that group was Ben Reilly. He was a blank slate that didn’t require me to read several decades of comics to understand what was going on. You know, kinda like The X-Men.

It would have been enjoyable to see Peter actually have a “brother” of sorts even for just a while!

If the only thing you can do with a character is “villainize” him or her, I say, lay off that person!

I know, I know—it’s so heartbreaking to see the “Peter that might have been!” What Peter Parker, if he had made a few different choices, would be like! And his colors even resemble Batman’s nemesis, The Joker!

Gahhh! Anything but that! Been there, seen that, got the T-shirt!

If all you can do is make Ben unlike Peter, then how about making a new character instead? Someone like him, but not that close to him?

I will not be buying Spider-Man any longer. I was buying the mini-series and the related comics as long as Ben Reilly was around. Now that they have twisted and wretched him into something unrecognizable, I’m all out! No more Spidey for me!

Granted, there are a great many Spider-Man fans around, and I’m sure I’m in the minority here! People LOVE to see a character tortured and such, I hear. Not me.

So, I had a brief time when J. M. DeMatteis had fun with Ben Reilly. It’s over soon, so I’ll turn my attention and money to other characters I’m interested in. Bye, Ben! It was fun while it lasted!

What do you think? Are you looking forward to seeing Chasm in the upcoming Spider-Man comics? How long do you think it will be before he turns back into Ben Reilly again? Whatever your opinions, be sure to share your thoughts below!