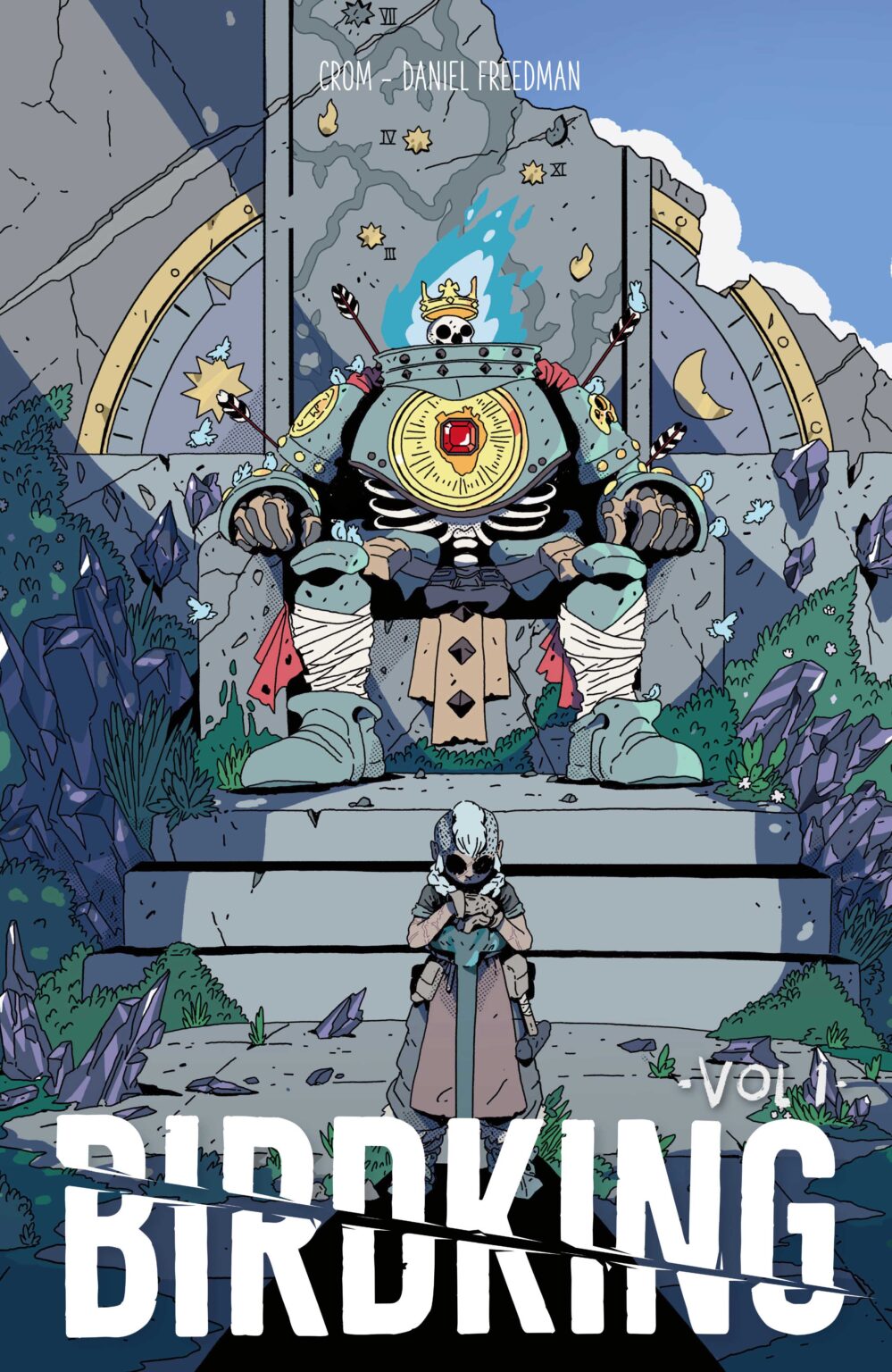 Bianca, teenage apprentice to an infamous arcane blacksmith, is forced to flee her homeland and seek out Atlas, a fabled land of light ruled by “the clean god.” She is joined by a mysterious guardian spirit known only as the “BirdKing”. Together they will have to overcome dozens of enemies to reach Atlas and along the way, unravel the mystery of the BirdKing and their ancestral connection.

“Birdking has been living in my head for years, invading my thoughts and waiting for the right story that would bring him to life in the only way a wraith of his caliber deserves,” said CROM in a press release from Dark Horse Comics. “Fire, magic, undead champions, necromancers, skulls, and fat swords, this book has it all. I can’t imagine a better playground to lark about in. I’m loving it.”