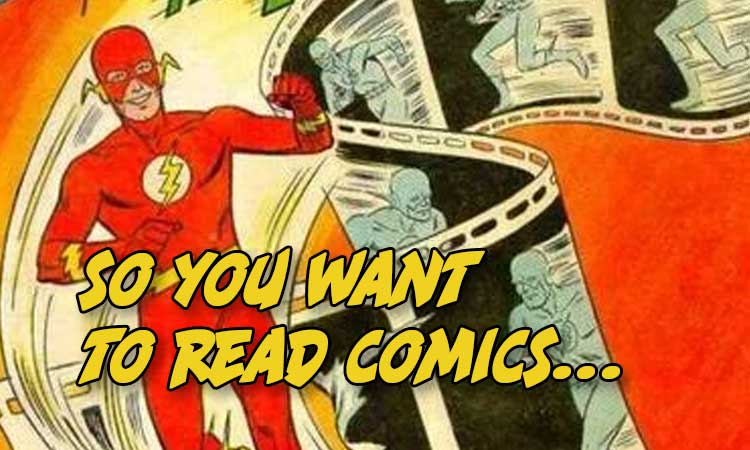 So You Want To Read Comics: Silver Age Edition

We’re at the dawn of the age with “So You Want To Read Comics”.  This is our weekly feature where we take a look at a single topic or genre, then give you two comic book recommendations, perfect for new readers, based on that topic or genre.  This week we’re taking a look at The Silver Age of Comics.

In 1954, the comic book industry was faced with impending government regulation on the content of their titles, decided to self-regulate instead, and created The Comics Code Authority.  This effectively put a major damper on the romance and horror titles that had become more popular than superhero comics at that time.  This forced the major companies to turn back to the spandex-clad adventures that had carried them through the 30s and 40s.  This resulted in many older characters being changed and re-introduced as well as the types of adventures they went on being updated to match the major shift in culture that was happening in the world at the time.  Momentous events like The Vietnam War and The Civil Rights Movement all had effects on this era of comics.  It was also during this time that many characters started to resemble their most well-known forms.

DC Showcase was a title that the company had to essentially test out new ideas and characters.  They’d drop an idea that they were unsure about, see how it went and then give it its own series later if it did well.  It was in this series (specifically issue #4) where The Silver Age begins.  It’s here that a revamped and re-imagined version of The Flash would appear.  Rather than having magical or godly powers like many superheroes had before, his was steeped in science.  This Flash became incredibly popular and it quickly became the template for the typical Silver Age hero: Flawed, relatable, and in-tune with the current times.  It was also in this series where the new, and arguably the most recognizable, version of Green Lantern appears, as well as many others.

After DC kicked off The Silver Age and was instrumental in developing the type of character that would define the era, it was Marvel that would take this idea and perfect it.  Marvel became known for creating personal stories with real stakes, and didn’t shy away from a lot of the social issues of the time. There’s no character that epitomizes this more than Spider-Man.  Right from the beginning, Spider-Man was established as a different type of hero.  He was imperfect, often times in over his head, he was a teenager, he came from a working class background, and most importantly, was shown to sometimes struggle with his morality and concept of responsibility. While certainly not Marvel’s first Silver Age character, he is by far the most important for the company.

What are your favorite Silver Age comics?  Have you checked out these recommendations?  Let us know in the comments section below.