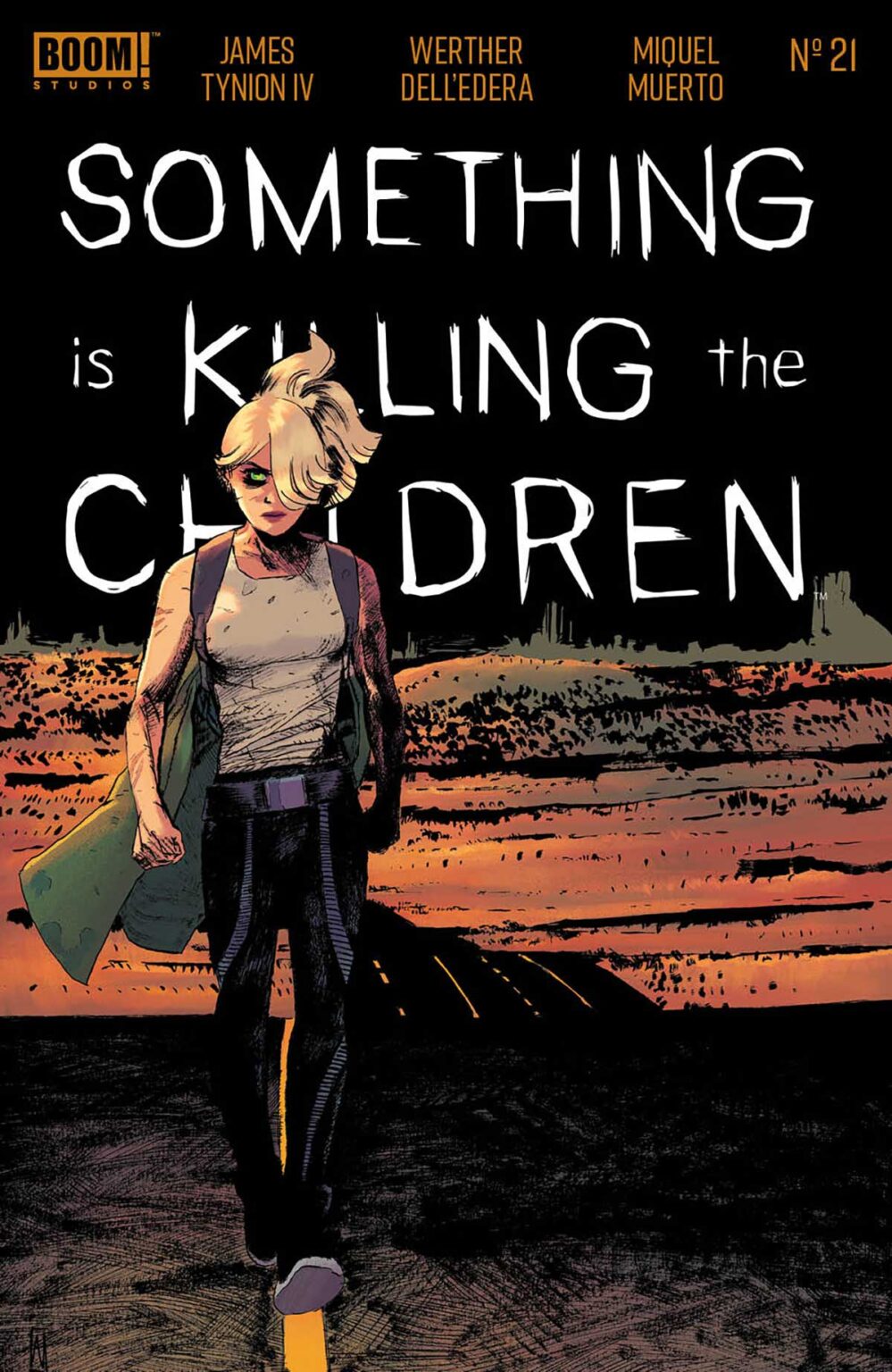 PREVIEW: Something is Killing the Children #21

After a year since we last saw her in Archer’s Peak, Erica Slaughter resurfaces to take on the case of a girl who’s seen a new kind of monster, one with terrifying implications.
But Erica’s broken ties with the House of Slaughter and that can have deadly consequences.
The Order of St. George does not forget nor do they forgive. Even as Erica goes on the hunt, she must keep an eye out for the mysterious figure on her trail in order to survive the coming storm.