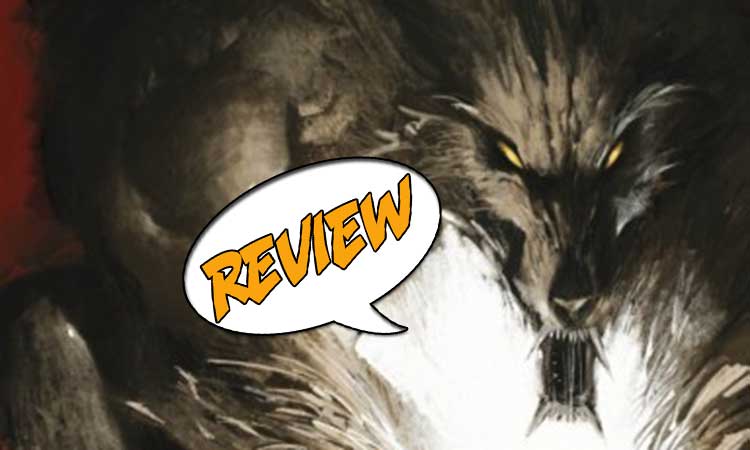 George Washington is the new immortal player on the field, but SeeSaw is an unexpected complication. Can the Sangster’s find him in time to save him? Find out in Killadelphia #20 from Image Comics!

Previously in Killadelphia:  Jimmy and Jose are safe, for now, and Jimmy starts trying to process his relationship with his father. John Adams tries to reconcile with Abigail, but she is having none of it, and this ends in a fight involving the Werewolves. Another player enters the field, another supernatural, immortal character. He has had plans, perhaps even for longer than Adams has. But he is facing the unexpected complication of SeeSaw. SeeSaw has been trying to get beyond the conflict, and he gets the feeling that something has changed. He is surrounded by several women who drag him away and take him to George Washington!

EVERYONE HAS PLANS FOR AMERICA

As I read Killadelphia #20, once again I found myself wondering whether this is better described as philosophy masquerading as horror, or horror masquerading as philosophy. But the fact of the matter is that both components are incredibly compelling. What better way to confront some of the problems in our country today than to trace them back to the roots?

George Washington muses momentarily on darkness, but he addresses SeeSaw, whom he has basically crucified, complete with a crown of thorns. Washington introduces himself. He has a bit of a monologue, which is basically a way to get up to speed in how he came to be here. He says he realized early on that the nation they founded was still flawed, and when presented with the opportunity to change things, he accepted. He did not, however, anticipate anyone like SeeSaw, and he is not sure whether it would be better to destroy him, or see if he would become an ally.

Back at Sangster’s apartment, a conclave wonders about SeeSaw, but this is also a chance to take a breath and meet Zubiya and her comrades, who are Werewolves, and Tituba, who is a Witch. Jose cracks a joke about the monsters in attendance, which falls flat. But Sangster feels he owes SeeSaw. He and Jimmy set out to find him.

Then we get Washington’s back story, which is told succinctly, but it’s pretty deep. Right from the start, the idea of freedom was a subject of debate. He and Martha concluded that the elites (of education and wealth) would drive America’s evolution, and America would become an oligarchy that advertised its supposed freedom to the world. Then he met a stranger (Corson) who proposed that it was mankind’s mortality that fed the negative emotions, and ultimately this stranger revealed himself to be basically a demon.

Zubiya has agreed to help the Sangsters, but her comrades are less certain. In another metaphor, this time for the Civil Rights struggle, Affan talks about how they keep trying to do what is right, and they keep being killed. It is the debate as to whether it is worth it to keep trying again, or whether they should keep separate and try to find peace on their own. The fact of the matter is that people are complicated, and the world is a messy and complicated place.

Corson prophesied an American future that sounds uncomfortably familiar in several ways. Atrocities would replace civil discourse. Lack of empathy would lead to despair. But to become immortal, Washington would need to turn away from God. But, if he were immortal, would he ever need to worry about judgement? But now Washington faces SeeSaw, a young man who has lived through America’s despair firsthand. He claims what Adams had offered him was the same system; what he has to offer is something new.

The art of Killadelphia #20 is nothing less than spectacular. The story covers a lot of ground, and the art is there supporting it with stunning images, dramatic use of shadows, panel compositions that keep the flow seamless, and more. The crucifixion imagery of SeeSaw is powerful, and it reminds us that he is the one who has gone and talked with gods. The background is red drapery, so again we get a color associated with blood against an otherwise muted and cool color palette. The drapery also evokes not only the past, but also a sense of theatrics.

The Werewolves are associated with M.O.V.E. in Philadelphia, so we get a connection with another important point in history. Zubiya and her comrades look as though they have stepped right out of that time period, as though they have indeed been isolating over the decades. But now even they are drawn into this conflict that has its roots in colonial Philadelphia, roots which have sprouted many branches.

BOTTOM LINE: A BOOK YOU CAN’T PUT DOWN

Killadelphia #20 is amazing. It takes historical figures and gives them additional nuance, making them much more human even while making them supernatural. Each issue gives us so much to think about, but the immediate tension of the plot never dies away. This is just an incredible book.