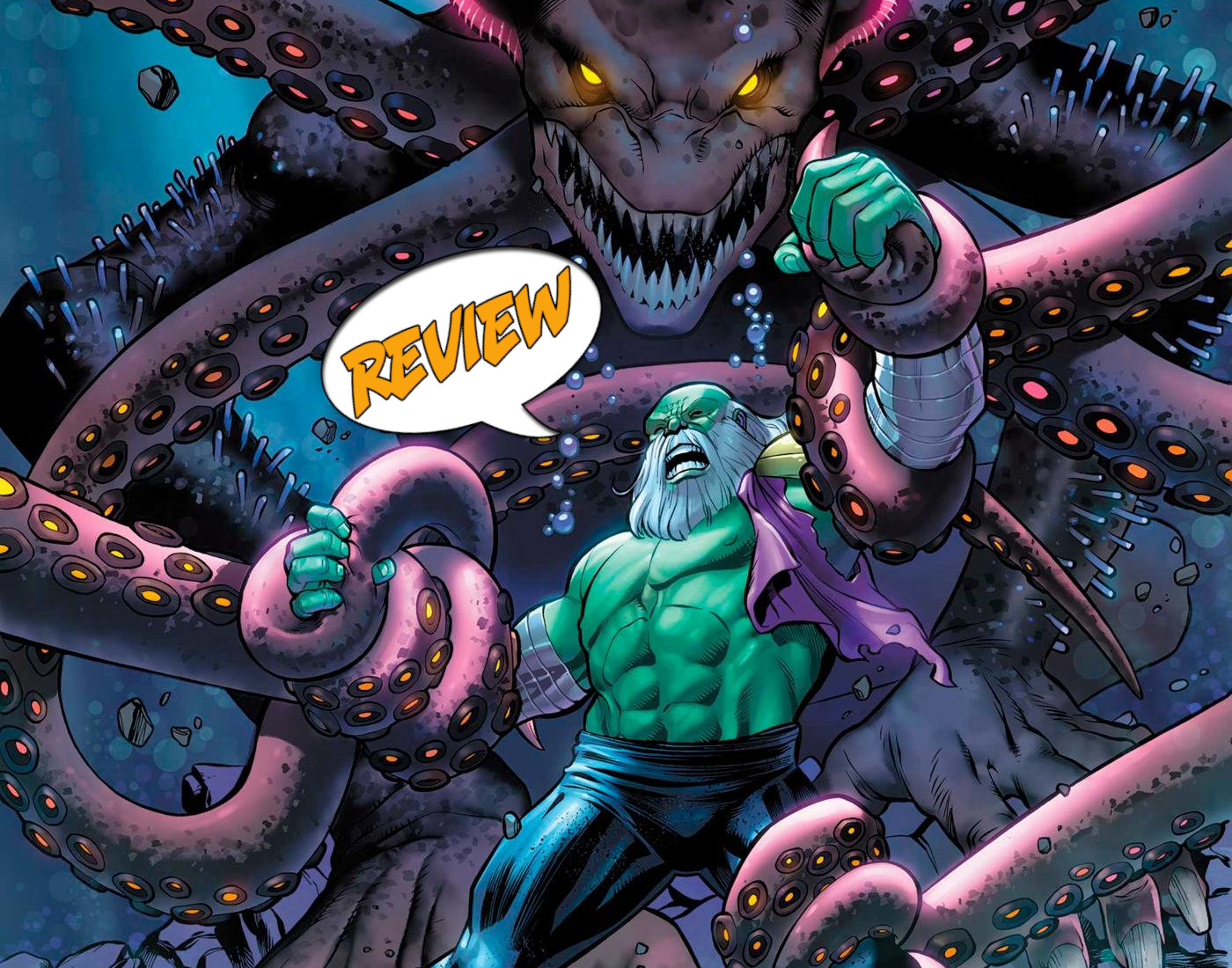 Welcome to the future! Bruce Banner is now the Maestro and claimed absolute rule of the survivors of a nuclear apocalypse. Find out who can stop him in Maestro: World War M #2 by Marvel Comics!

Previously in Maestro: It wasn’t a villain or a conqueror who destroyed Earth; the denizens went into nuclear war. In the aftermath, Bruce Banner survived and realized that humans could not rule themselves and took on the new name Maestro! Currently, Namor has recruited the Abomination and the original Human Torch to defeat Banner. Unfortunately, Maestro survived his fight with the Human Torch and followed them to the ocean.

Maestro: World War M #2 begins with Maestro following the Human Torch into the ocean while speculating his identity. He follows this android to a whole underwater city. As the Human Torch talks with Namor, Maestro pops in to cause havoc. Namor summons a colossal sea beast to fight Banner, but Maestro escapes the creature’s grasp and uses it as a weapon. Unfortunately, Namor’s son and wife are casualties of the chaos. Namor and the Abomination team up to try and kill Maestro but cannot overpower him. Suddenly, Namor, Abomination, and the Human Torch are teleported away and find a crippled Doom asking for revenge.

I’ve noticed that Maestro can breathe underwater in Maestro: World War M #2. They even poke fun about it a little bit, but you must suspend some disbelief that Maestro can beat Namor underwater. Maybe there is an explanation I’m not considering, but it definitely took me out of the moment.

Maestro was a series that intrigued me because you can watch Bruce Banner’s descent from hero to villain. And that character arc was super engaging. This series seems to have already cemented Maestro as the tyrant. This means we don’t have any direction to take the character arc. At the moment, the brief two pages where we see Doctor Doom is more interesting than Maestro destroying this underwater city. I think the series is losing momentum and will need to make Bruce Banner relatable to capture my attention once again.

Maestro: World War M #2 is losing my interest. Maestro doesn’t seem to be developing as a character, and I am far more engaged with the secondary characters than the protagonist. At the very least, the comic has solid art and coloring that made the issue captivating to look at. Regardless, this is a 3 out of 5 from me.

Maestro: World War M #2 lacks the depth in Maestro as a character that the story once had.