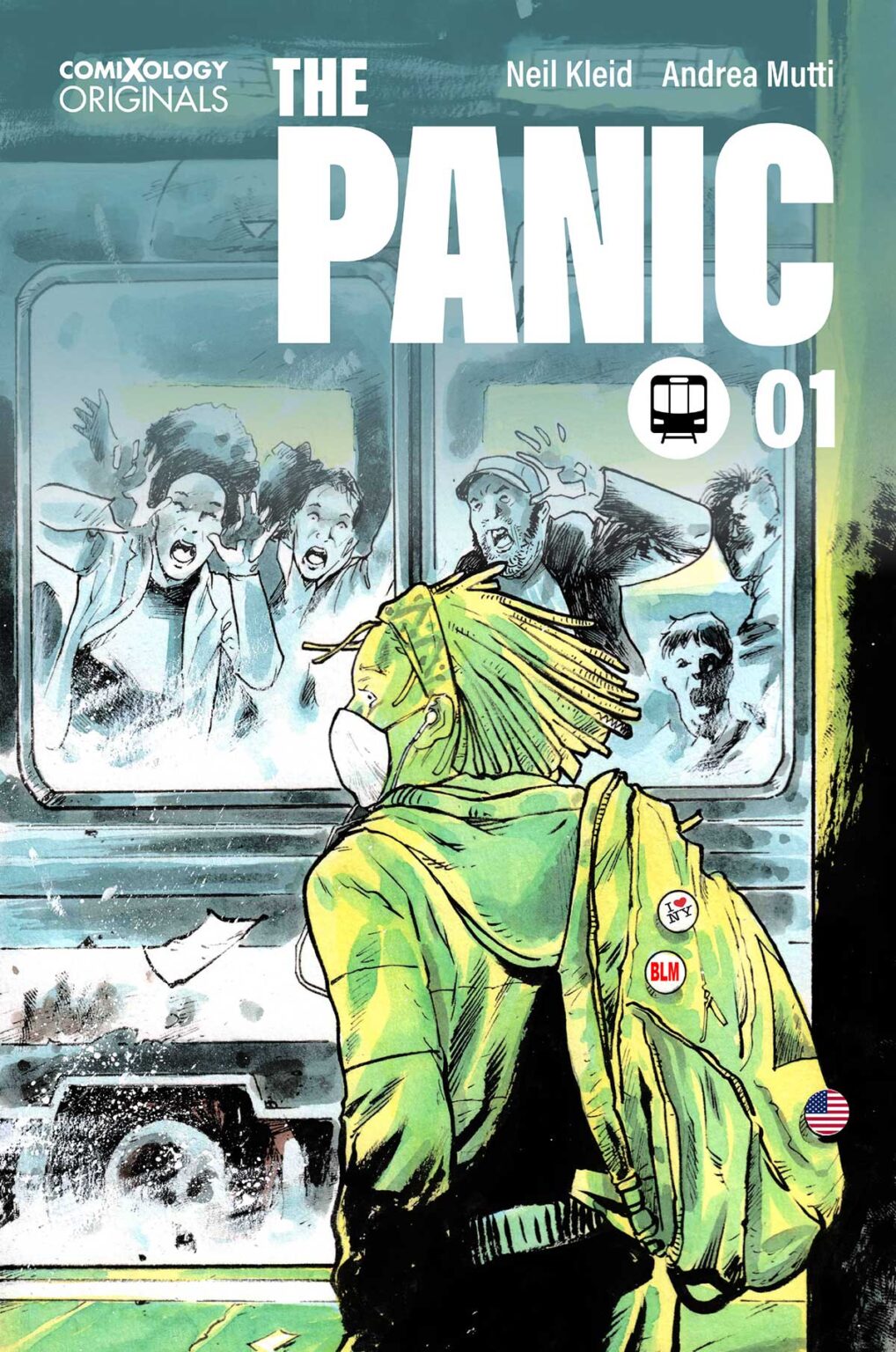 Comixology Originals to release The Panic

Writer Neil Kleid and artist Andrea Mutti have teamed for The Panic, a psychological thriller that arrives as a ComiXology Original launching in May 2022.

“The Panic is a story about the loss of security and control of one’s surroundings . . . about emotionally navigating the moment after something terrible happens, especially if you don’t know what caused it,” said writer Neil Kleid in a press release from Comixology Originals. “The specifics of the inciting incident—why a train crashed, who is shooting, what exploded—become less important than the sinking feeling in the pit of one’s belly, that sense of dread and unease when your personal world is upended and tossed into terrible conditions via unknown means…that…panic inside which drives all decisions to come, logical or ill-advised.”

In The Panic, ten strangers become trapped on a PATH train beneath the Hudson River when their car comes to an unforeseen halt. They are forced to depend on each of their fellow commuters in order to survive. Things go very wrong as they work their way above ground and those left must fight their way through more than rubble to make it to safety. But the darkness is closing in, and with it their own individual fears and paranoia—along with cultural, racial, and political biases. It’ll be a long road to the end of the tunnel . . . that is if they don’t kill each other before they get there.