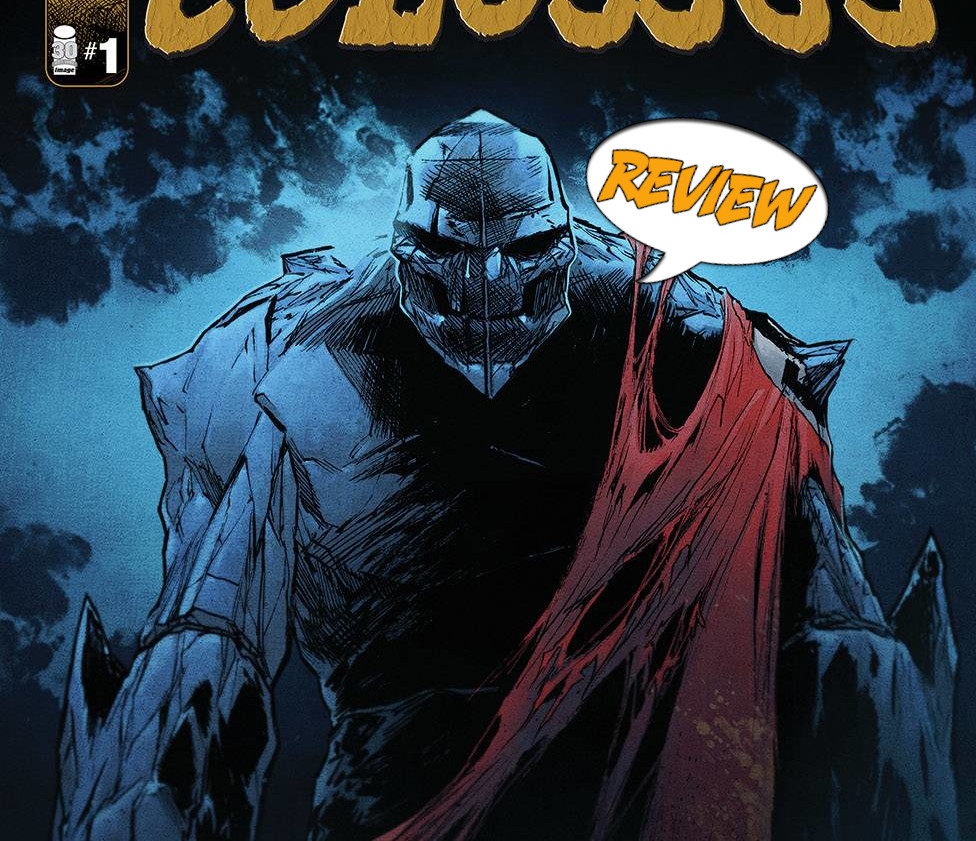 Michael is a biracial kid in the Midwest who receives a supernatural gift from his grandfather. Check out what he does with this power in The Clay People: Colossus One-Shot by Image Comics!

Previously in Colossus: Come check out a one-shot comic based on the song “Colossus” by the heavy metal band The Clay People!

The Clay People: Colossus One-Shot is a story about Michael and his troubles against two bullies. Michael is a biracial kid and deals with his half-Asian and Jewish heritage. When buying a drink from a convenience store, he is approached by Arson and Yaeger, who throw racial slurs at him. Worse, when he is traveling home, these two people assault and beat him up. Michael then has conversations with a few people, including his grandfather, who survived World War II. Heading to the hospital, Michael explains that he is one of the few minorities in the town and can only make friends with the two other minorities at the school. His grandfather responds by giving him a tome.

This tome contained a ritual to create a golem designed to protect him. He began to make a golem but never completed the ritual. However, when Michael and his friend are attacked by the bullies, Arson pulls out a gun and kills Michael’s friend. Mickey runs and completes the ritual, bringing the golem to life. Arson and Yaeger’s plan are to convince the police that Mickey killed his friend when they are suddenly attacked by this clay golem. This golem is ruthless and kills both bullies. Mickey, safe from any crime, donates the tome to the museum.

The Clay People: Colossus One-Shot tries to do a lot of things. It is a story of revenge, violence, and trying to find one’s place in the world. All with the song’s lyrics, this story is based on playing in the background. There are a couple of takeaways here. One, I’m a Chinese and Caucasian biracial kid. Michael’s experience in this story reminds me of some of my own experiences. And in that sense, the story is very well presented and executed. I love the fact that Michael is not only dealing with his struggle against the bullies but also exploring his own heritage.

Second, I disliked that the book seemed to glorify violence. Our villains killed a kid in cold blood and had no sense of remorse. Which is understandable for a villain. But Mickey also chose to send a creature to kill his enemies, and Mickey also doesn’t seem to have any remorse. In my end, it seems the creative team is trying to insinuate that Mickey and the bullies come from the same place. And that theme makes me a little uneasy.

I also wanted to point out that Matt Hawkins has a great letter at the end of the book that explains his thought process and his decision. It was interesting to see why he focused on the Jewish golem myth and some of his inspirations for the story.

The Clay People: Colossus One-Shot is an excellent story about a kid who is dealing with a plethora of responses that provides a ton of death with your kin.